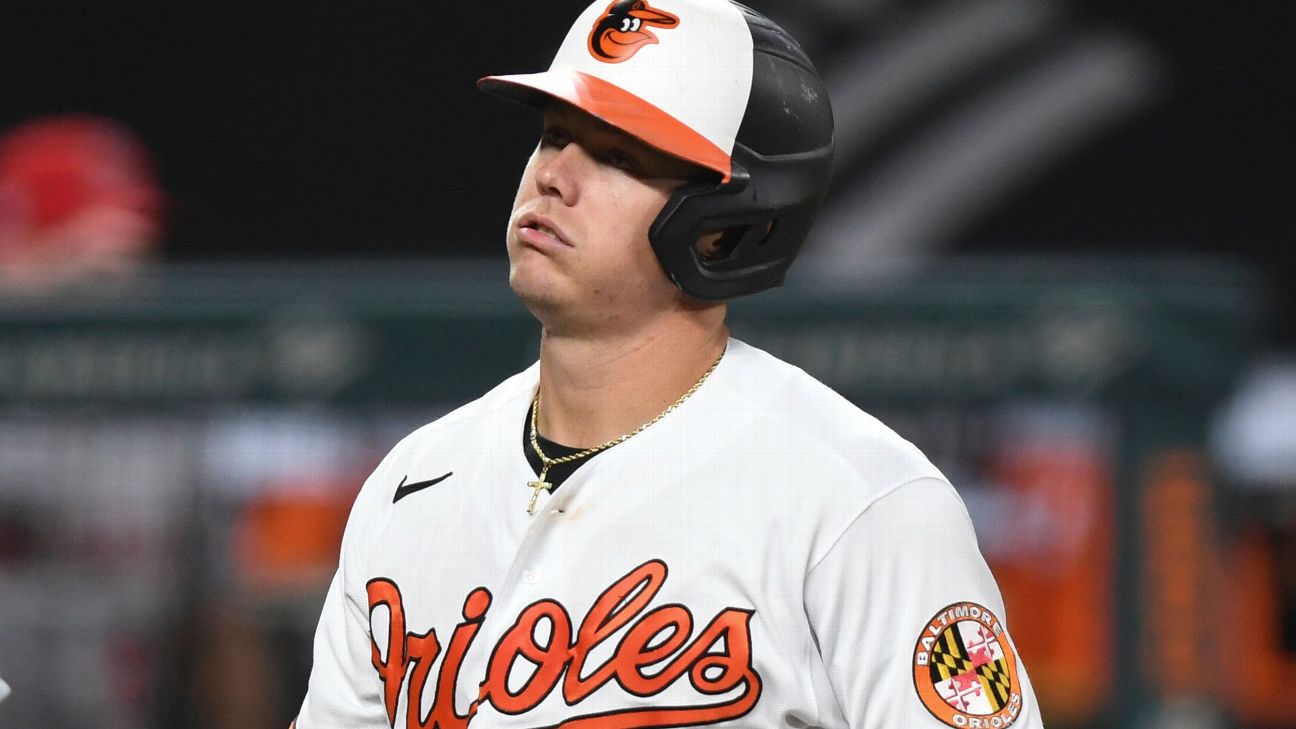 BALTIMORE -- The Baltimore Orioles staggered to their 19th consecutive loss Tuesday night, allowing 19 hits and falling behind the Los Angeles Angels by 11 runs early in a 14-8 rout.

Baltimore trailed 5-1 in the second inning, 8-1 in the third and 13-2 in the fourth while limping to another lopsided defeat in the major leagues' longest skid since Kansas City dropped 19 straight in 2005.

The Orioles have yielded at least eight runs in 12 games during the streak and been outscored 163-55. Winless since Aug. 2, Baltimore now stands just two losses short of matching the franchise record for successive defeats (set in 1988) and is within striking distance of the modern-day record of 23 in a row, held by the 1961 Philadelphia Phillies.

"This is incredibly challenging and a huge gut check," Hyde said. "We're trying to keep our spirits high."

The last major league team to lose 20 straight games was that 1988 Orioles squad that dropped 21 in a row to begin the season.

After Ryan Mountcastle homered in the first inning for a 1-0 lead, things soured quickly for Baltimore. No. 8 hitter Jo Adell tripled in two runs off rookie Spenser Watkins (2-6) and Juan Lagares followed with a two-run homer.


Adell added a two-run single in the third, and Lagares contributed an RBI single in a five-run fourth.

"It's one of those confidence things," manager Joe Maddon said. "When you get your confidence going it can be contagious in a good way."

Every Los Angeles starter got a hit, the last being Shohei Ohtani with an eighth-inning single. The Angels went 11 for 19 with runners in scoring position.

"We were attacking the strike zone really well tonight up and down the lineup," Maddon said. "It was a really fun offensive night to watch."

Mountcastle had two solo shots for the Orioles, Anthony Santander went 4 for 5 with a homer and three RBIs and Ramon Urias drove in three runs.


"A couple of guys swung the bat well," Hyde said. "I was impressed with our offense being down so much."

Pitching against his former team for the first time since being traded in December 2019, Angels starter Dylan Bundy couldn't find the strike zone and was pulled after facing just nine batters. The Orioles' 2011 first-round pick walked three, hit a batter and gave up a home run but was charged with only one run after Junior Guerra (4-2) got two straight outs with the bases loaded.

"The stuff wasn't there. The command wasn't there," Maddon said of Bundy. As Baltimore gives it another go on Wednesday, it will not be easy. Ohtani (8-1, 2.79 ERA) will make his first career start against the Orioles, after having won seven straight decisions, including each of his last four starts.

For Baltimore, it's going to be a bullpen game. Hyde said he would "mix and match" but did not name his starter. 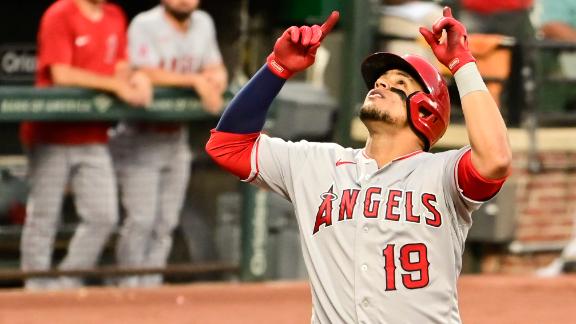