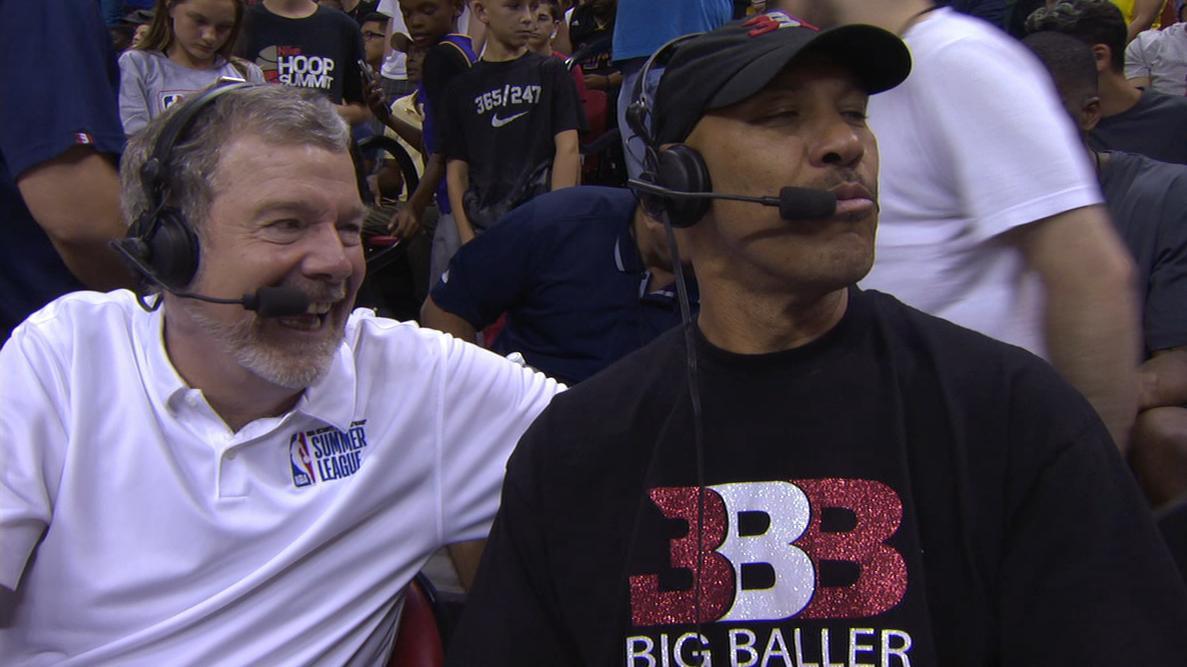 LAS VEGAS -- LaVar Ball says Lonzo Ball has the NBA Rookie of the Year Award "sewn up" and that the Los Angeles Lakers will win the hardware they covet if LeBron James ever plays with his son.

Lonzo's debut started with a bang on Friday, with his first assist going to Brandon Ingram for a highlight alley-oop less than 30 seconds into the game. But Ball shot just 2-for-15 from the field, finishing with five points, five assists, four rebounds and two steals in a 96-93 overtime loss to the Clippers.

Lonzo did impress with his passing, vision and knack for pushing the ball upcourt quickly. By this time next year, the Lakers could be looking to give their young point guard even more help with their eyes set on next summer's free agency.

James remains with the Cleveland Cavaliers but can opt out of his contract next summer. LaVar Ball made it clear that there is no beef between himself and James despite the fact that James took exception to LaVar saying that his three sons are set up better for future success than James' kids due to James being an all-time great player while appearing on the "In the Zone with Chris Broussard" podcast.

James told ESPN's Dave McMenamin in March that LaVar needed to "keep my kids' name out of your mouth."

"It was never nothing," LaVar said on Friday night. "It's the media who made it seem like I was talking about his son. It was nothing. And they take it to us battling against each other. But I ain't talking about no one else's kids."

The Lonzo Ball era began impressively with his alley-oop pass to Ingram, who scored 26 points before suffering a cramp at the end of regulation after missing a potential game-winning shot.

"Rookie of the Year, man, sewn up," LaVar said confidently despite his son's shooting struggles. "Why wouldn't it be, man? He is going to turn the whole program around. He goes to the playoffs the first year, guess who gets Rookie of the Year. [The Lakers have] been out for four years. The proof is in the pudding."

"They lost by three playing his worst game ever, so if he just [is] right, they win," LaVar later added after the game. "He won't be discouraged. This is the worst you can do. Can't go [anywhere] but up and you still keep your team in the game playing the worst game ever. That is what I like about this right here. He took the shots, they didn't go in. But he took them ... He is supposed to make those shots, but he didn't. Oh well. It is better for him to start at the bottom."

There was a buzz even among some basketball executives in the crowd before the game. Even former Laker D'Angelo Russell showed up to watch his old team play, with shots of him watching going viral.

LaVar was a hit among fans at the Thomas & Mack Center, stopping to take selfies with fans and acknowledging cheers from Lakers fans. He was decked out in Big Baller Brand clothes, including a shirt that sparkled. He said the brand has sold about "495" pairs of Big Baller Brand shoes so far.

"Let her go with Nike and see where she gets," LaVar responded. "We will see her when time goes by."

In the third quarter, Lonzo drilled his only 3-pointer and LaVar shouted his approval. But Lonzo missed all three of his shots in overtime with Ingram on the bench, including two back-to-back 3-point attempts in the final 40 seconds as the Clippers sagged off.

"He'll be a good ball player," Clippers summer league coach Sam Cassell said. "I don't know what people expect from him. He's 19 years old. He is going to take his bumps and bruises, but he will be fine.

"He got a knack for finding people," Cassell added of Lonzo, who at one point caught an outlet pass, took one dribble and fired a one-handed pass up and across the court all in a fluid motion. "He can find guys, he is a great passer."

A frustrated Lonzo echoed his father's sentiments about starting at the bottom and working his way up.

"I just hate losing," Lonzo said. "That is probably going to be the worst game I have all week. I just missed shots."

LaVar swears his son wasn't nervous in his debut.

Lonzo doesn't have time to dwell on his poor shooting night with the Lakers playing the Celtics on Saturday night in a highly anticipated showdown between Ball, the second overall pick in last month's draft, and Boston's Jayson Tatum, the third overall pick.

For the first time in the 14-year history that the NBA summer league has been in Las Vegas, a day's session sold out in advance, with Saturday's tickets selling out by noon on Friday.

Thomas & Mack's capacity will be at approximately 15,000 with Cox holding another 2,500, according to the NBA. The most expensive seat runs for $400 face value courtside. But the majority of the seats are not assigned and will be first come, first serve.

"Yes! I expect that," LaVar said of the Las Vegas Summer League making history by selling out Saturday in advance. "My boys have been selling out arenas ever since they have been playing, from high school arenas, to UCLA arena, to pro arenas.

"That ain't going to change. The Ball era is here."

After the game, LaVar pointed out one area where the Lakers and his son clearly won on Friday night.

"I am going to show you what he did do," LaVar explained. "Look how many Lakers fans out here. [Lonzo] changed the culture. That is what it is about. It ain't about him being a superstar. It is about him changing the culture.

"Instead of [fans] going to the movies ... everybody coming to watch the Lakers and Big Baller Brand. I am out of here!" 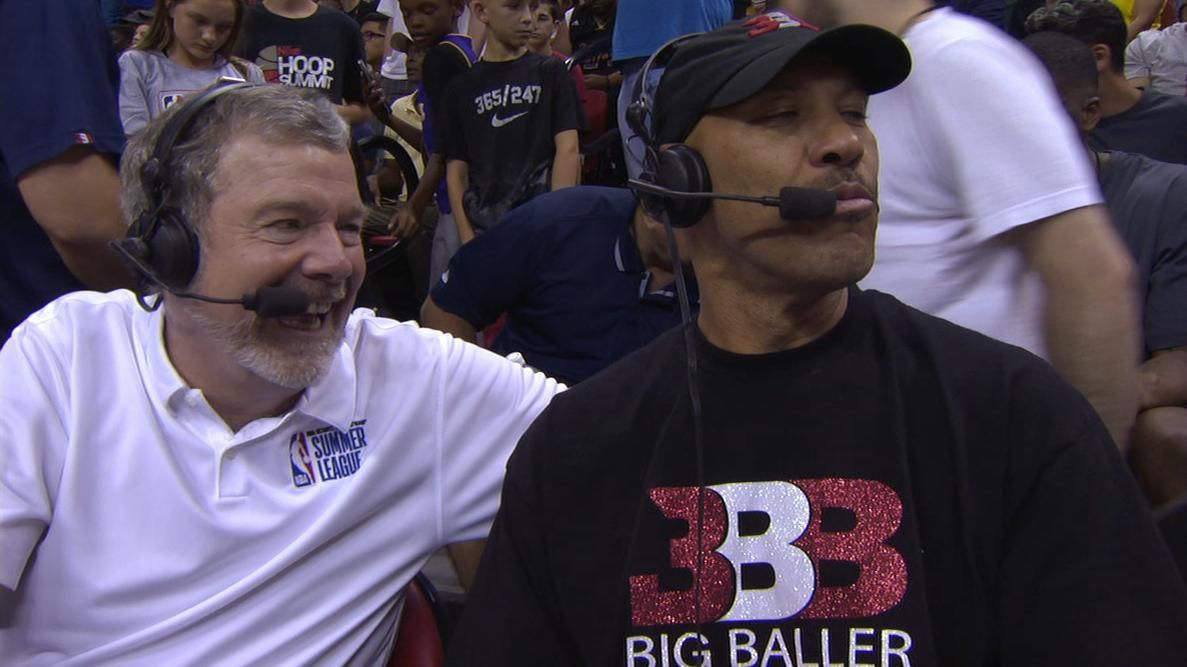