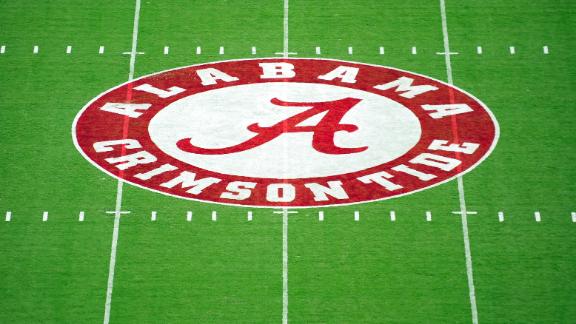 The lawyer for formerAlabamadefensive lineman Jonathan Taylor hopes that her client will be reinstated to theteam after the woman who accused him of assault this past weekend hassince recanted her statement to police.

"I certainly would hope so," attorney Kim Stephens told AL.com on Wednesday. "My thought, from an outside perspective, in light of all the backlash, that coach [Nick] Saban and university took as a result of the false accusations that were made and the removal from the team, I think it would be hard for him to take [Taylor] back on the team in spite of the recantation.

"But I think fairness would dictate that they'd reconsider and at least talk to the accuser or former accuser in the case, then make a decision based on that."

Tuscaloosa County Metro Homicide Unit assistant commander Kip Hart said the 24-year-old woman, whose identity is being withheld, approached investigators Monday and provided a written statement saying she fabricated the story. She was subsequently arrested for giving a false report.

Citing court documents, the Tuscaloosa News reported on Thursday that the woman told police she suspected Taylor of cheating on her. According to a news release from police, the woman recanted her previous statement that "she and Taylor had been in a verbal dispute that turned physical" and he had "caused injuries to her neck and damaged property in her apartment."

According to the court documents, the woman said she used her hands to make the marks on her neck, the newspaper reported.

Taylor, 21, was dismissed from the team following his arrest Saturday. Saban told reporters Monday that Taylor had completed psychological counseling and profiling as part of his enrollment at Alabama in January.

"Obviously [Taylor is] concerned," Stephens told AL.com. "He's upset as anyone would be when they've been accused of doing something they didn't do and the ramifications in light of his circumstances are huge. Not only has he been removed from the football team, he could be expelled from college, which would compromise his future. He could be prohibited from pursuing a professional career if he's good enough to do that."

Taylor, who spent a year at a junior college before enrolling at Alabama, is scheduled to appear in court Tuesday in Athens, Georgia, on two felony counts of aggravated assault stemming from an alleged altercation with his girlfriend last July. In March 2014, Taylor was one of four Georgia players arrested on misdemeanor charges of theft by deception for allegedly double-cashing meal-reimbursement checks from the athletic department.

Alex Scarborough of ESPN.com contributed to this report.

Taylor accuser arrested after recanting statement
WIAT sports reporter Melissa Kim discusses potential consequences for the accuser of Jonathan Taylor, as well as whether there is a chance the defensive lineman will return to Alabama's football team.