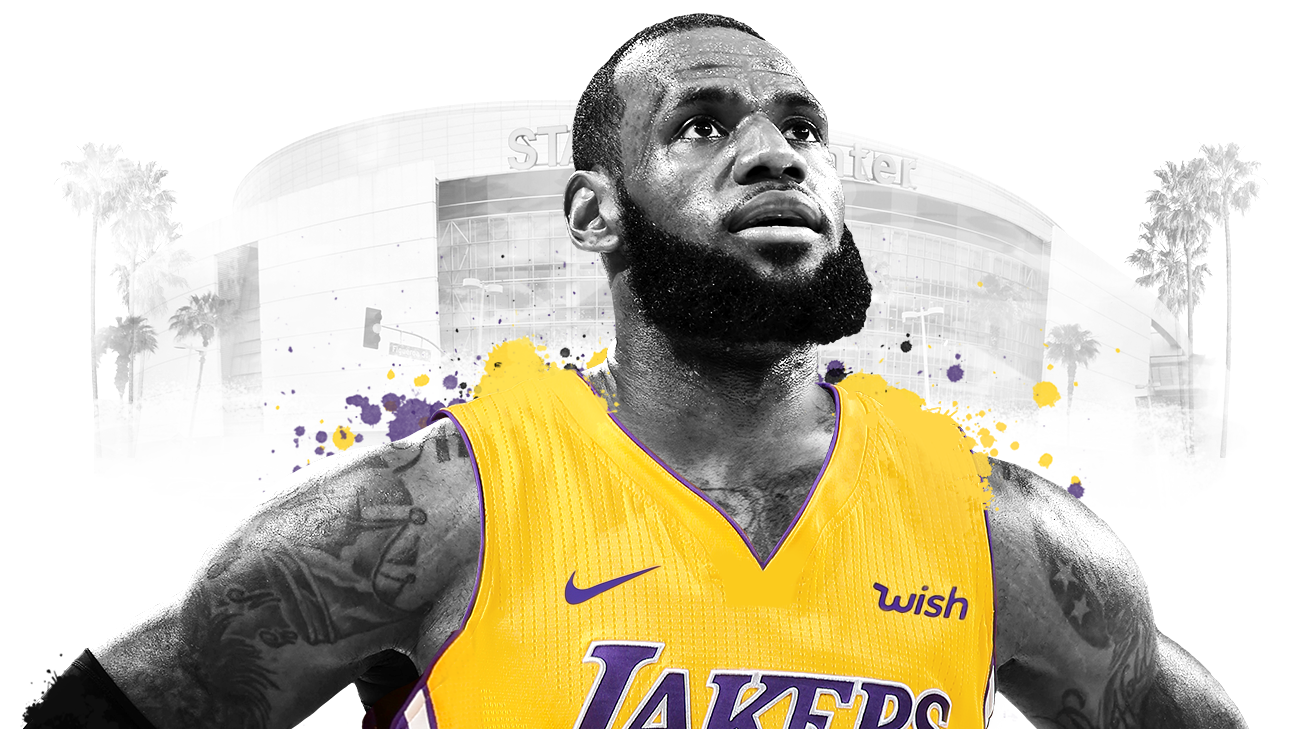 LOS ANGELES -- LeBron James' next NBA chapter will be set on the West Coast.

James will be playing for the Los Angeles Lakerson a four-year, $153.3 million contract. He will try to bring the storied franchise another championship.

The announcement was made through his agency, Klutch Sports Group, which announced the deal as $154 million.

ESPN's Brian Windhorst reported that the fourth year is a player option. It is the longest deal James has signed since inking a six-year contract with theMiami Heatin 2010. His previous three deals were three years or shorter.

James leaves his hometown team as a free agent for the second time in his career. Four years ago, James had stated his intention to finish his career with the Cleveland Cavaliers. Whether the four-time MVP and 14-time All-Star does that or not, he certainly has left his mark on his city.

James, 33, thanked his home area in an Instagram story. He wrote in text overlaying a photo from the Cavaliers' 2016 NBA title victory parade, "Thank you Northeast Ohio for an incredible 4 seasons. This will always be home."

He delivered the first championship to the sports-obsessed city in 52 years and did so with storybook gusto, helping the Cavaliers become the first team in NBA Finals history to rally from a 3-1 series deficit to win it all. The team he took down, the Golden State Warriors, had the best regular-season record in league history, at 73-9.

"Words do not express the meaning and the feeling this accomplishment brought to the people of Northeast Ohio," Cavaliers owner Dan Gilbert said in a lengthy statement thanking James. "None of this would have happened if LeBron James did not agree to come back home and lead the Cavaliers to the promised land.

"LeBron is a family man, first. We wish his kids, his wife, Savannah, his mother, Gloria, and LeBron himself nothing but the best in the years and decades ahead. LeBron's connection to Akron, Cleveland and all of Northeast Ohio will most certainly endure as his commitment to the region and his support of many important causes has been impactful to so many kids and families.

"LeBron, you came home and delivered the ultimate goal. Nothing but appreciation and gratitude for everything you put into every moment you spent in a Cavaliers uniform. We look forward to the retirement of the famous #23 Cavs jersey one day down the line ..."

If 2017-18 was his final act in Cleveland, what a show he put on -- playing in all 82 games for the first time in his 15-year career and capping it off with a postseason performance as dominant as any playoff run James has ever been part of.

James becomes the first player in NBA history to lead a postseason in scoring and switch teams the following offseason.

He joins the illustrious list of NBA legends to play for the Lakers, some of whom have already welcomed James to the family.

James' agent, Rich Paul, called Lakers president of basketball operations Magic Johnson minutes before he sent the announcement tweet, a source told ESPN's Ramona Shelburne. Paul then called Cavaliers general manager Koby Altman as soon as he got off the phone with Johnson.

The Lakers, after failing to get a meeting with free-agent target Paul George prior to George's announcement that he would re-sign with the Oklahoma City Thunder, have secured free agency's most coveted player.

In the franchise's biggest free-agent splash since Shaquille O'Neal became a Laker in the summer of 1996, Johnson and general manager Rob Pelinka have delivered a major piece of the plan they plotted when they joined the Lakers in February 2017. Johnson took the job largely to restore the franchise's glorious past and recruit elite superstars to Los Angeles -- something the franchise had struggled with in recent years. James joins the league's second-youngest team when weighted by playing time from last season. The Lakers have an up-and-coming young core of Brandon Ingram, Lonzo Ball, Kyle Kuzma and Josh Hart.

Which of the Lakers' young prospects will stay to play alongside James remains to be seen. The Lakers have been trying to acquire Kawhi Leonard, who reportedly is unhappy with the San Antonio Spurs and would prefer to play for the Lakers. The Spurs would surely want as many prospects and assets as possible from the Lakers in exchange for the two-time NBA Defensive Player of the Year.

A source told Shelburne that the Lakers felt a sense of urgency this week to find a co-star to play alongside James, either through free agency with George or through a trade for Leonard. Johnson went to one of James' houses in Los Angeles late Saturday night and met with him for several hours, sources told Shelburne. However, when Johnson spoke to James and James' camp at the opening of free agency, James assured the Lakers that this was a long-term play for him and his decision wouldn't be affected by a single transaction the Lakers could make under time pressure.

James made it clear that this latest NBA-altering decision would be made with his family in mind. James has two homes in Los Angeles, where his off-the-court business interests can thrive.

Johnson and Pelinka will continue to work to surround James with more talent in order to challenge the Warriors and Houston Rockets in the Western Conference. But Johnson has landed the biggest fish he was trying to catch.

Lakers controlling owner Jeanie Buss said she had ultimate faith in Johnson and Pelinka, but she also said last week that she wants to see the Lakers, who went 35-47 last season, return to the postseason for the first time since 2012-13.

Johnson said last week that if he failed to add stars to the Lakers by next summer, he would step down from his job.

That is moot with the team landing James.

"No pressure on me," Johnson said last week when asked if he felt urgency to add a star in this free agency. "I am going to do my job. I have always done that. ... Do you know how many Finals I have been in [as a player]? So you think I am worried about this? I have played against Larry Bird in the Finals. I mean, come on, man. I have been in nine Finals. I have been in college NCAA championships."

When told that this is a different job than being the point guard who orchestrated the Lakers' "Showtime" dynasty, Johnson reminded people of who he is.

Woj: LeBron moving from East to West is 'seismic shift'
Adrian Wojnarowski explains how moving to L.A. could benefit LeBron James off the hardwood and how it will help the Lakers' recruiting strategy. 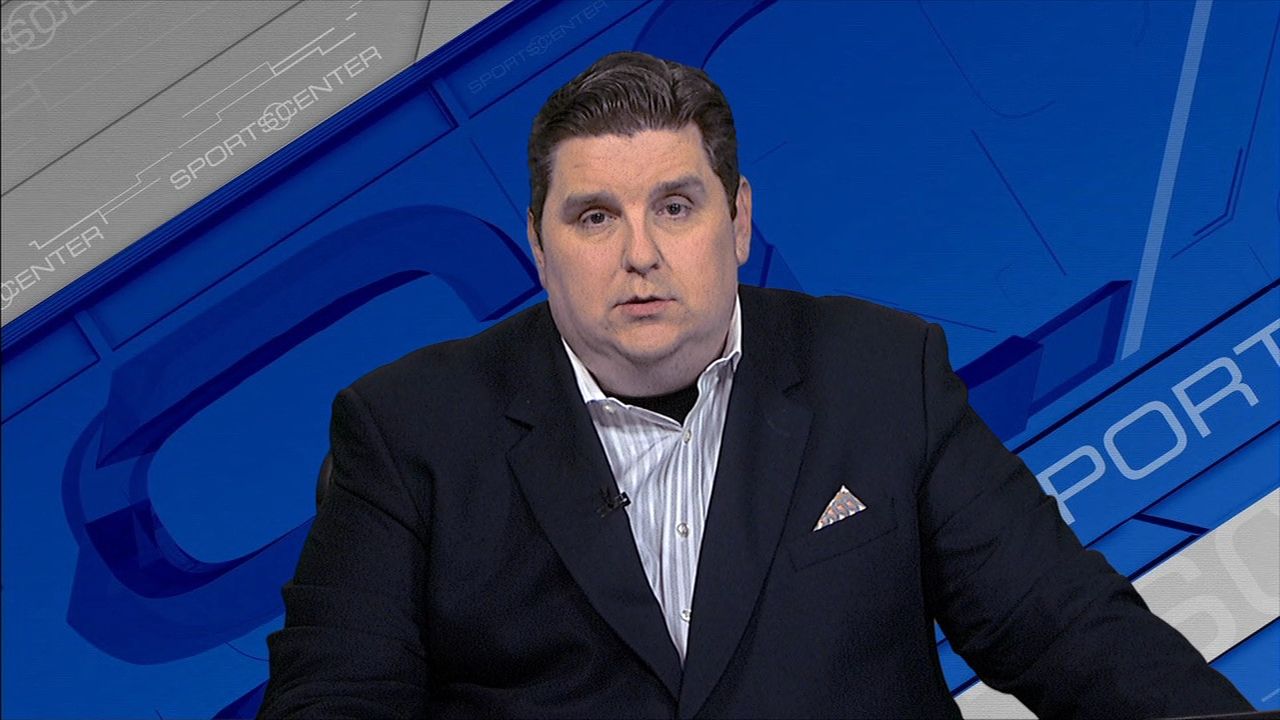 Windhorst says L.A. was the desired location for LeBron
Brian Windhorst details how LeBron James came to his decision to leave the Cavaliers for the Lakers. 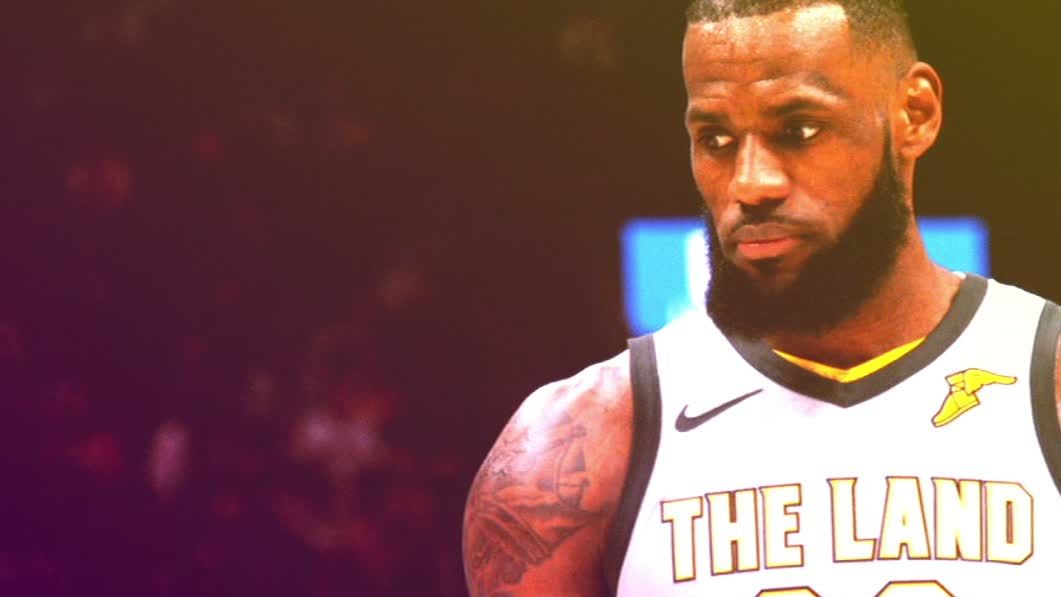