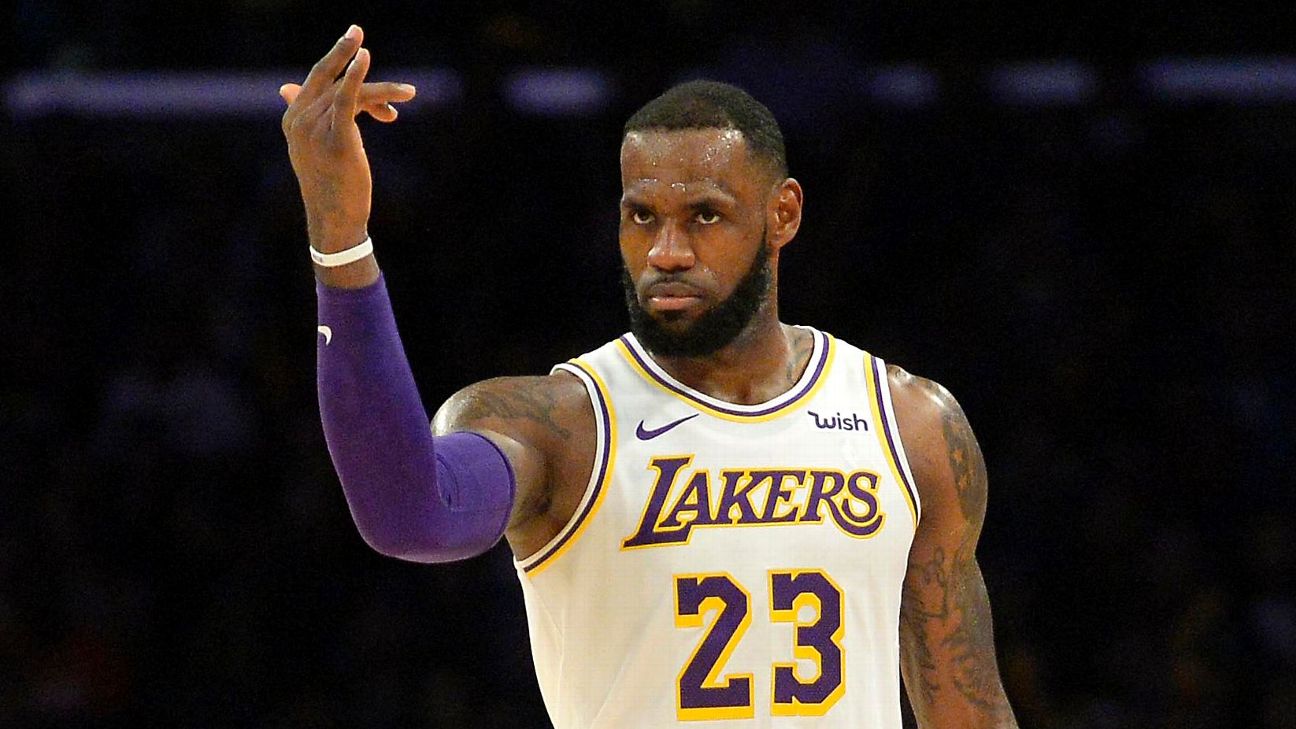 ESPN
By Dave McMenamin
CHARLOTTE, N.C. -- With LeBron James set to meet Michael Jordan's Charlotte Hornetslater Saturday, the Los Angeles Lakers star thought back to the first time he met the former Chicago Bulls superstar on a June day in 2001, ages before he would be considered on par with the six-time champion and five-time MVP.

"It was godly," James said. "I've said that over and over before, but it was like meeting God for the first time. That's what I felt like as a 16-year-old kid when I met MJ."

Jordan was 38 then, preparing for an NBA comeback with the Washington Wizards and imparting advice to James, who was still in high school.

James is now weeks away from his 34th birthday and 460 points behind Jordan for No. 4 on the NBA career scoring list. The high school kid who wore No. 23 inspired by his basketball idol now has a résumé in the sport rivaled by few to ever lace up a pair of sneakers.

"Any time I'm even mentioned with the greats that played this game and guys before me who laid the path, laid the grounds in this work and allowed me to be in this position, it's always humbling and gratifying for my city," James said, referring to his hometown of Akron, Ohio. "Just knowing where I come from, some of you guys know where I come from that's been there, and some of you guys haven't, but where I come from, there's not many of us. It's very limited. It's very, very limited inspirations. Very limited resources. Very limited everything. So for me to be in this position where I'm at today, it's just a blessing."

Apart from matching Jordan's success in scoring, James has been able to benefit from similar endorsement success as the former Bulls star off the court, an accomplishment he, in part, credits Jordan for.

"We needed [Larry] Bird and Magic [Johnson] when they came into the league. It was fitting. It was perfect timing for Magic to be with the Lakers and Bird to be with the Celtics and all the battles that they went through. And then when MJ came in in '84 and started to do what he did, he made the game global. And obviously that '92 Barcelona run that the Dream Team had, it just solidified why he was the best athlete in the world to do as such. And then between MJ and David Stern, they turned it into what it is today, and guys like Adam Silver and myself are just trying to keep it going."

Jordan is the first former player to own an NBA team, buying the then-Charlotte Bobcats in 2010 for $275 million. James has said he wants to become the second.

"I would love to be a part of a franchise -- if not at the top. ... My dream is to actually own a team," James told the Open Run podcast in 2016. "I don't need to [be] fully hands-on. If I'm fortunate enough to own a team, then I'm going to hire the best GM and president that I can. But I feel like I got a good eye for not only talent, because we all see a lot of talent, but the things that make the talent. The chemistry, what type of guy he is, his work ethic, his passion, the basketball IQ side of things. Because talent only goes so far."

Maverick Carter, James' friend and business partner, reignited talks of James' future as an owner, telling ESPN's Rachel Nichols last month that the three-time champion and four-time MVP "for sure" would be interested in owning the Cleveland Cavaliers if the team went up for sale.

Carter also told Variety last summer in no uncertain terms that ownership is in James' future.

While owning a team remains a goal, James said he isn't going to be picking Jordan's brain about the transition from player to owner anytime soon.

"Not right now in my career," James said. "I still have a lot of years to give to this game as far as playing. But I would like to own a team at some point. But we'll see what happens." 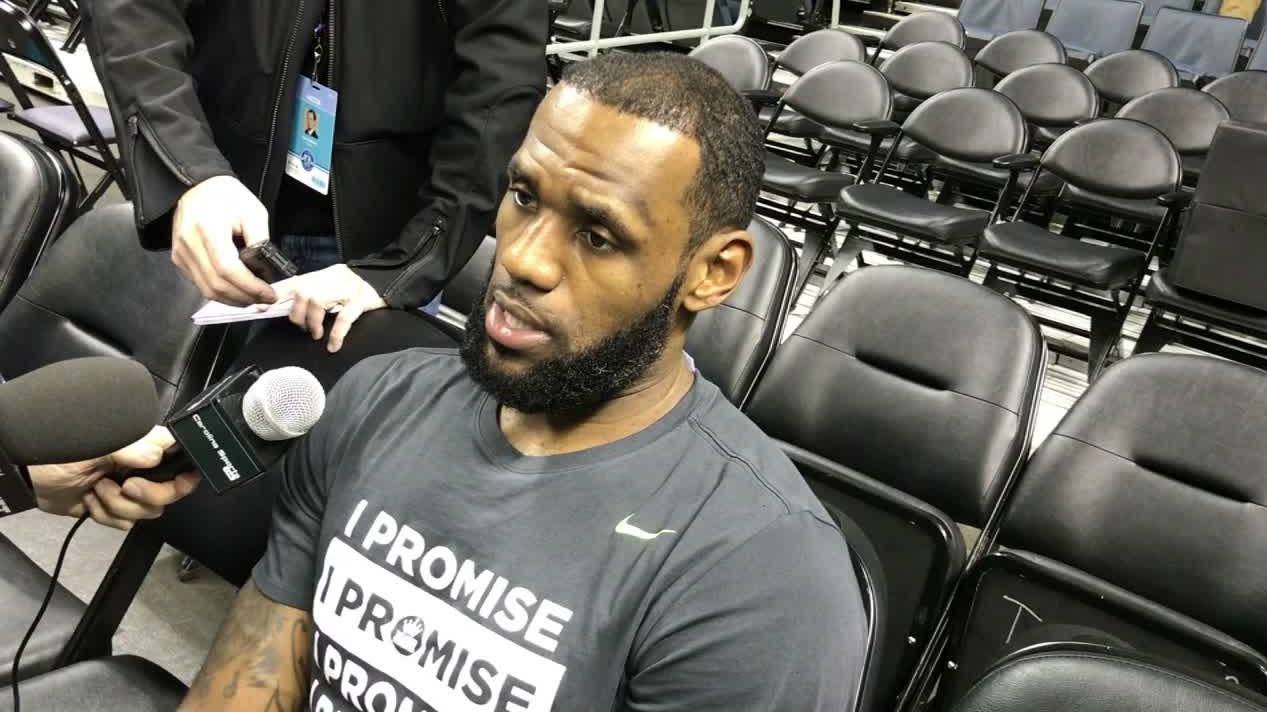 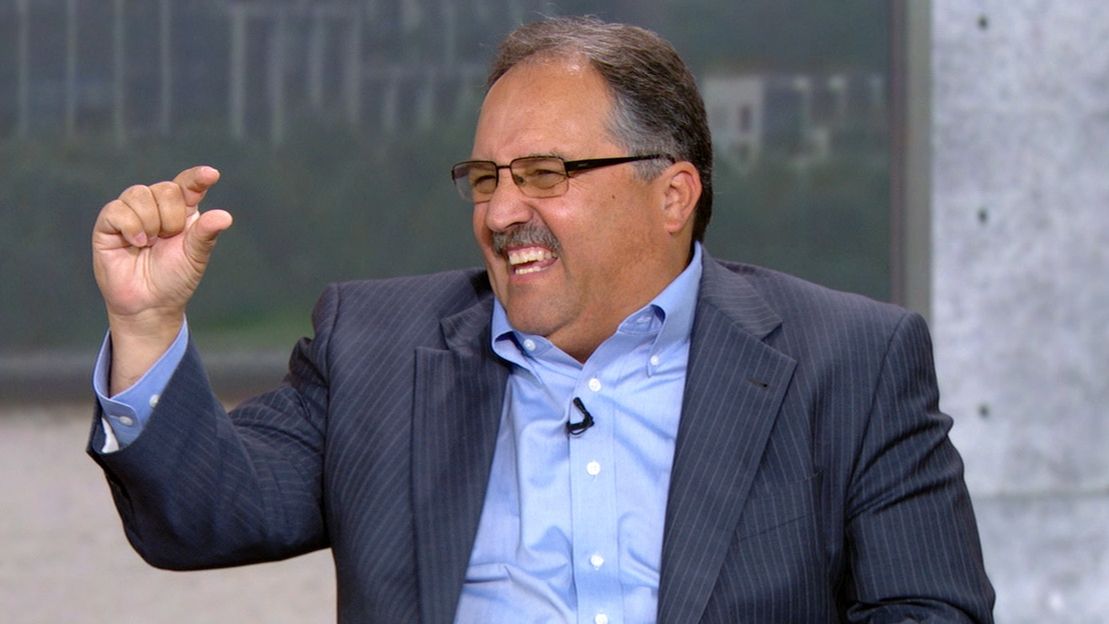