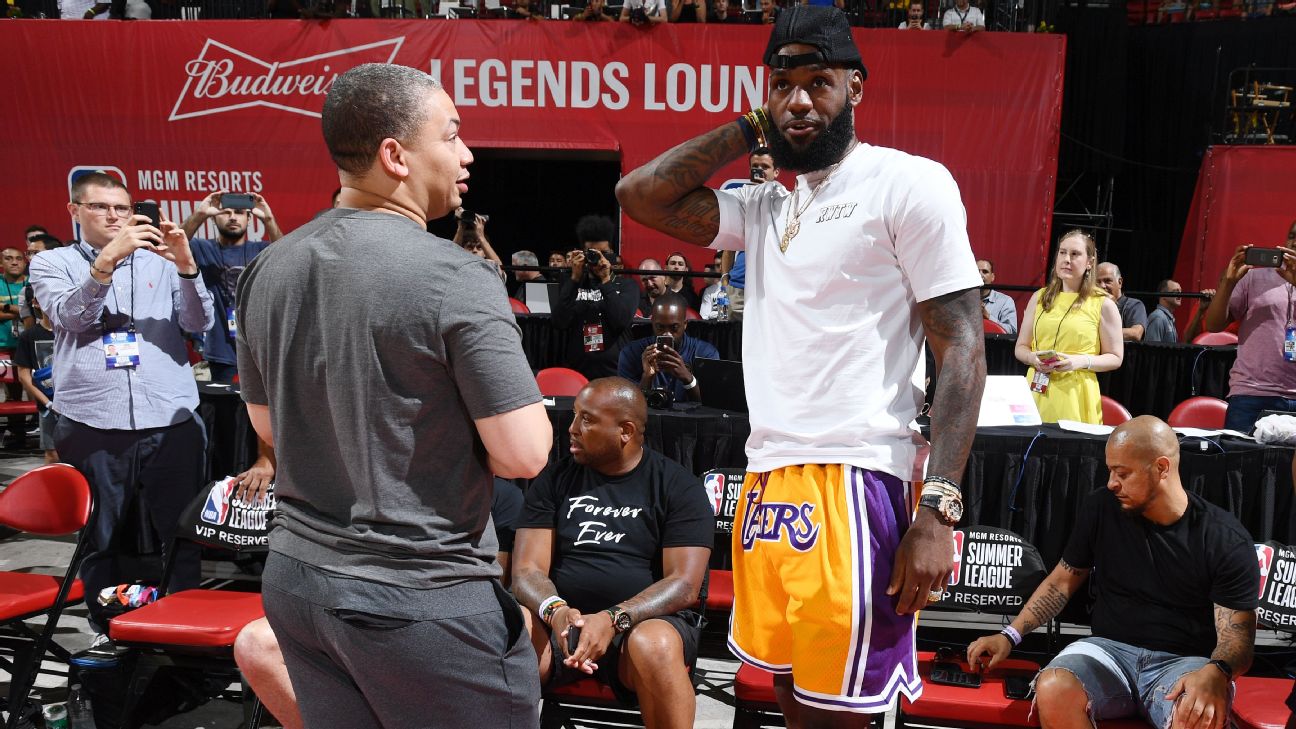 LAS VEGAS -- NewLos Angeles LakerLeBron James was sitting courtside for the team's 101-78 victory over the Detroit Pistons at the Las Vegas Summer League on Sunday.

The win puts the Lakers in the semifinals of the tournament for the second year in a row. They won the tournament a year ago behind co-MVPs Lonzo Ball and Kyle Kuzma.

James wore Lakers shorts and purple shoes as he cheered on his new teammates. Second-year guard Josh Hart, who is likely to get rotation minutes next to James this season, led the Lakers to victory with 18 points and a team-high four assists in 22 minutes of action.

An amused James looked on as Hart received MVP chants from the Thomas & Mack Center crowd while at the free throw line in the third quarter.

James signed a four-year deal with the Lakers as a free agent this summer, leaving the Cleveland Cavaliers after four straight trips to the NBA Finals that included a championship in 2016.

The Lakers currently have a very young but talented supporting cast around James, including the No. 2 overall draft picks in 2017 (Ball) and 2016 (Brandon Ingram), as well as Kuzma and Hart.

Ingram was also in attendance for Sunday's game, while Lakers president Magic Johnson attended a game session earlier in the week.

This was the first game that James has attended at this year's summer league, and he stayed in his seat on the baseline the whole game. After the game, James spoke with former coach Tyronn Lue and the two shared a hug.