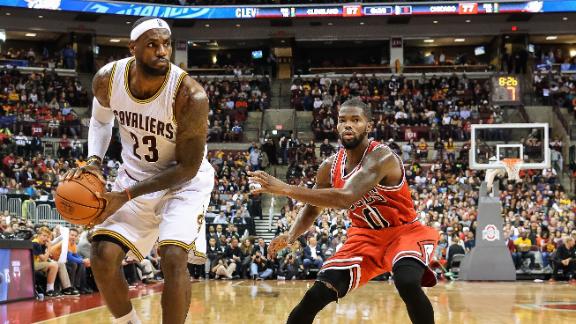 CLEVELAND -- LeBron James and Dan Gilbert were back in the same building Wednesday on the eve of the Cleveland Cavaliers' season opener, and they shared the same sunny outlook about their relationship that turned ice cold in a very public fashion four years ago.

"I think it's really good," James said when asked about his rapport with the Cavs' owner. "We had one bad moment, and it just overshadowed all the great times we had together, and now we're back together.

Gilbert described their relationship as "very good, very solid." It's so light between the two these days that they even joke with each other.

"I just saw LeBron," Gilbert said during a news conference Wednesday, addressing the media for the first time since February. "He looked at me and said, 'Looks like you grew an inch.' I said I could use it."

He admitted he could have used some self censorship in July 2010 when he composed a scathing essay ripping James after he chose to leave Cleveland for the Miami Heat when he became a free agent for the first time in his career.

After once proclaiming that the Cavs would win a championship before James ever lifted up the Larry O'Brien Trophy, Gilbert was cautious about Cleveland's chances this season.

"Well, I learned my lessons on guarantees and predictions and stuff, so I don't do much of that anymore these days," Gilbert said. "I do believe we put together a team and a coaching staff and a front office that's worked very hard certainly to put us in a position to compete at a high level. That's why you play the games."

As much of an awkward arrangement as it seems, the two swear they are back in each other's good graces.

Gilbert was asked if he "deserved" to have James back on his team after the way he reacted to James leaving in the first place.

"I don't know if 'deserve' is a word that I sort of look at in this context," Gilbert said. "No, unless you're really doing some significant harm to another human being, I don't think the bridge is ever burned. We had a night there where emotions were flying high on all sides.

"Except for the fact that it's in the media ... things like that happen a lot in business where people have phone calls and heated exchanges, and people are writing each other emails and letters, and then the next day they're eating lunch and doing business. It's not a beall or endall type of thing.

"Except when you're in the sports world, something like that is blown up and the whole world knows it. The learning from that is you have to understand that and watch the kinds of things that you do because it can be blown completely out of context and out of proportion. Plus it's just not a smart thing to do in general. I think the franchise deserves what it has here, and I think LeBron deserves the city of Cleveland and the franchise, and all the perks that are around him. We can't wait to get started tomorrow night."

LeBron Focused On Journey
LeBron James discusses how excited he is for the Cavaliers' season. 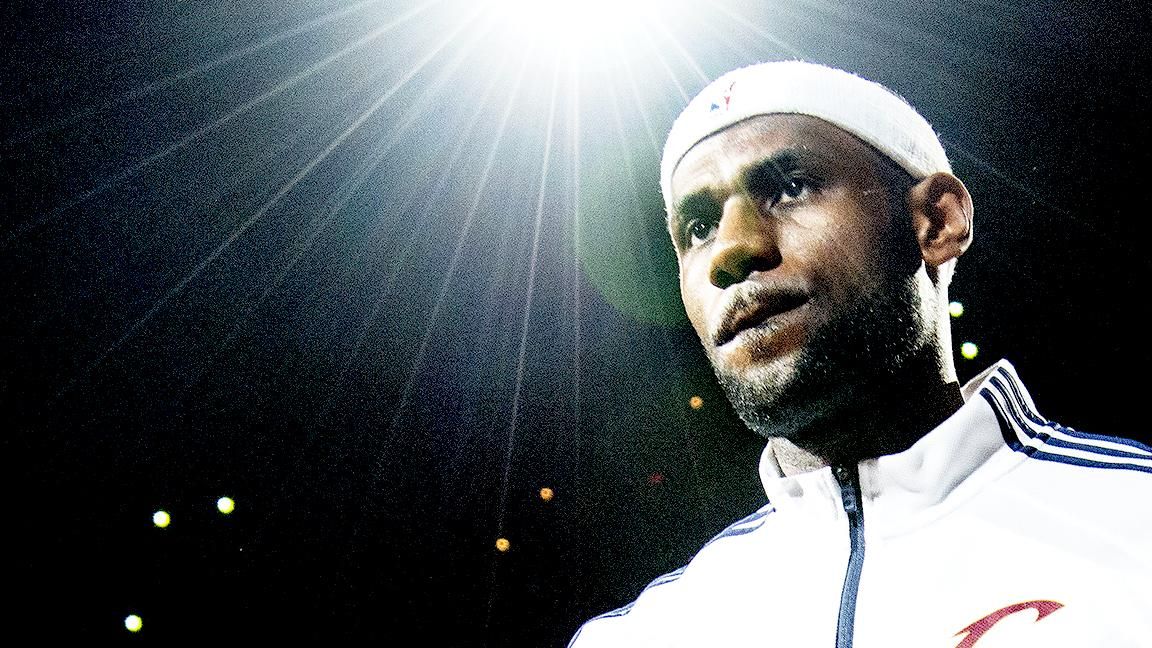 LeBron James: Weight of the World
From high school prodigy to South Beach villain to homecoming King, this is the journey of LeBron James.