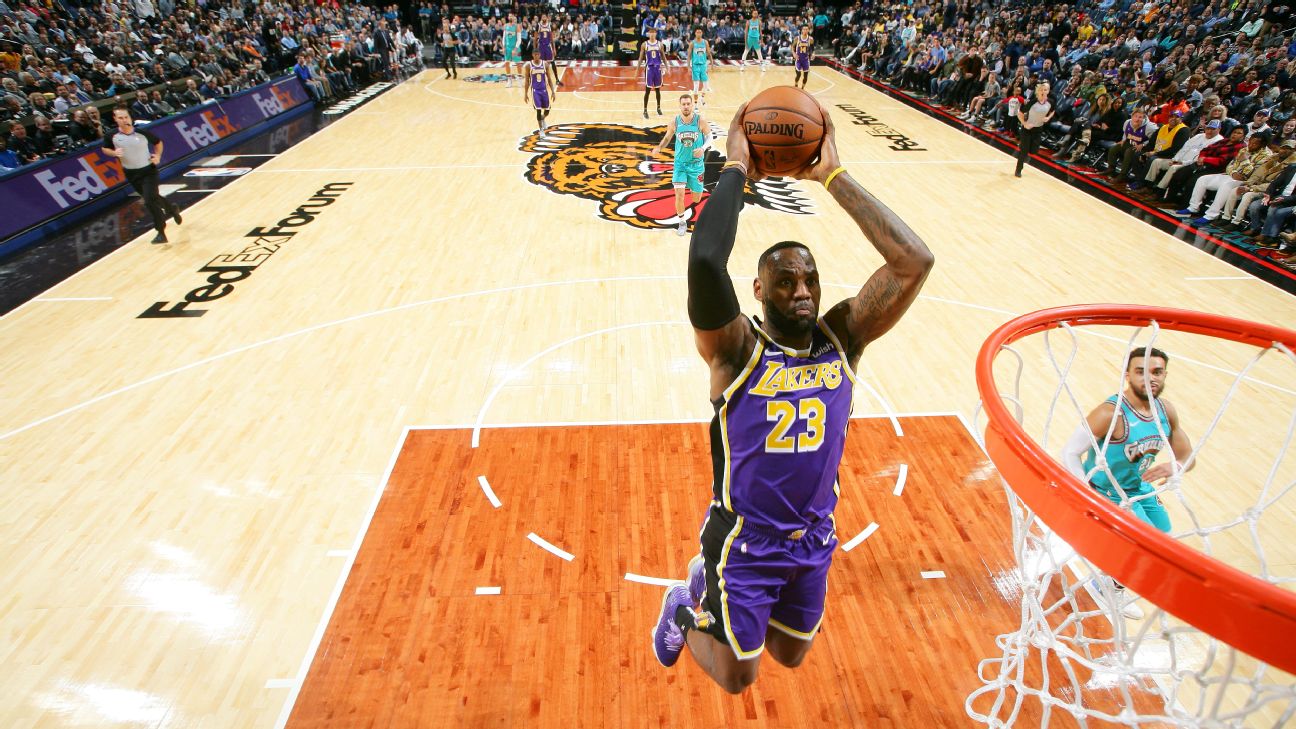 MEMPHIS, Tenn. -- The Los Angeles Lakers' 109-108 victory over the Memphis Grizzlies on Saturday resulted in a historically triumphant moment in LeBron James' 17-year career as well as a historically perplexing one.

On the one hand, the Lakers' 14-2 start to the season is the best that any of James' teams has ever achieved through 16 games, edging the 2016-17 Cleveland Cavaliers' 13-3 mark. On the other hand, James' 27 field goal attempts without attempting a single free throw was the most shots he's ever taken without earning a trip to the line, according to research by ESPN Stats & Information.

Sixteen of James' 27 attempts were in the paint, and after several animated debates with referees Aaron Smith and Jenna Schroeder throughout the game, he continued to plead his case with reporters.

"I'm living in the paint and if you look at my arm right here, these are four or five [scratches] that happened the last two games, and they weren't called at all," said James, who ended with a game-high 30 points on 14-for-27 shooting.

"We'll deal with the proper channels and talk to the league about that," Vogel said, planning to appeal to the NBA about how James is being officiated.

James said it's more of the same for him. Former Cavs coach Tyronn Lue used to compare James to Shaquille O'Neal when it came to refs swallowing their whistles, because his sheer power makes the fouls he absorbs seem less significant.

"It's been a theme for me, personally," James said. "Pretty much in my career and over the last few years."

James came into the night ranked 15th in the league in free throws attempted per game.

"But that can't stop me," James said of the no-calls. "It didn't stop me tonight. No matter what I got to continue to go, but being able to get to the free throw line is something that allows our defense to get in good position. It sets our defense. It slows the game down at times. It gives us a good rhythm. It relaxes me as well. So I know I'm getting hit, but at the end of the day, I just got to keep going."

James' teammates said that the fact that the Lakers' star forward doesn't try to sell contact by exaggerating how it affects him could be the reason why he doesn't get more calls.

"Someone of his caliber that attacks the basket, he doesn't really try to fool you and try to grab your arm a la [James] Harden or everyone," said Jared Dudley, referencing the Houston Rockets superstar who leads the NBA with 14.4 free throw attempts per game. "He just tries to overpower you, and it's tough sometimes to get that [call]."

Anthony Davis was wary of commenting on the officials on the same day Rajon Rondo was fined $35,000 for how he conducted himself after being ejected for receiving a flagrant foul 2 the night before.

"I've never seen him flop before," Davis said. "I don't want to get fined or nothing, but that's probably part of the reason why [he doesn't get as many calls]."

Dudley offered a creative solution. "Maybe I'll guard LeBron in practice and have him work on his new flopping routine," he said.

"He should at least get eight to 10 free throws a game," Green said. "No doubt about it, how he attacks the rim, attacks the basket. It's a physical game, and obviously he doesn't flop. So it's hard for refs to see and hard to referee him. But it's stuff that most guys get that he doesn't get because of how big and strong he is compared to everybody else."

Still, the lack of free throws from James didn't stop the Lakers -- L.A. shot 29 free throws to Memphis' 13 -- from extending their winning streak to seven games, making it the best start to a season for the franchise since 2008-09.

"We're just playing some really good basketball," James said. "Not only at home, but on the road as well. We feel real good about where we are today, but we don't feel great about where we want to be, and that's OK because it's a long season and we want to get better. We want to continue to improve, but it's a good start for us. But we're not satisfied at all, but we're extremely excited about the process." 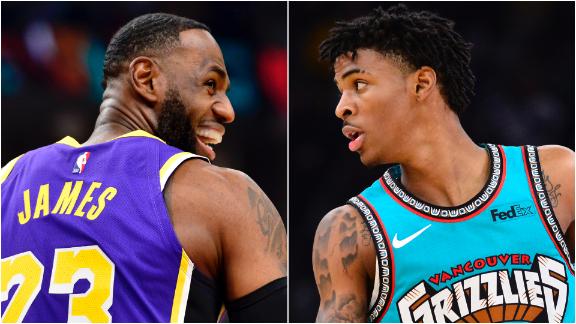