LeBron James harps on 8 turnovers, says he was 'horrible' vs. Celtics 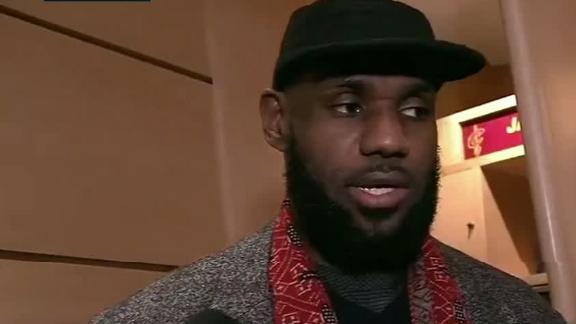 CLEVELAND -- After the Cavaliers nearly squandered a 20-point, second-half lead, allowing the Boston Celtics to cut the deficit to one before the Cavs held on for a 124-118 win Thursday, LeBron James pointed the finger squarely at himself.

"I think I was horrible tonight," James said. "In every facet of the game, I was just pretty bad, and it's unacceptable. I can't do that if I want to help this team get to where we want to get to. So if there was a report card, I'd give myself an 'F' for tonight's performance. I just got to be better."

James committed two of his season-high-tying eight turnovers in the fourth quarter, including one when he tapped an inbounds pass back to Kyrie Irving under the Cavs' basket. James didn't see Boston's Avery Bradley, who promptly swiped the ball and scored to pull the Celtics within three with 3:18 remaining.

"I just didn't see him, and definitely got to pay attention to what's going on in the flow of the game," James said. "So I was just throwing it back in to Kyrie, and he just jumped it, so if I was paying attention to him, with Avery being the defensive-minded guy he is, I should have seen him. So, big mistake."

Lue then revealed that James addressed his shoddy play with his teammates.

"He came to the locker room and the bench and said, 'My fault. I was terrible tonight. It won't happen again,'" Lue said. "He took credit for it and took blame. And we moved on."

Despite the turnovers, James finished two rebounds shy of a triple-double: 23 points on 9-for-18 shooting, 11 assists, 8 rebounds, 3 blocks and 1 steal. He played all 12 minutes of the fourth quarter to try to stave off the Celtics' furious comeback attempt.

James, on the eve of his 32nd birthday, repeatedly criticized his mental performance against the Celtics.

"I was more in my own zone and my own head tonight trying to figure out ways I can help the team," he said.

"It was all about me tonight, it was just my mindset."

He also said he was disappointed with "everything" he did Thursday, despite his statistical output.

"My concentration at different parts of the game [was poor]," James said. "I had eight turnovers, and some of them were just plain stupid turnovers, especially the one that Avery Bradley got in the backcourt. I was just not concentrating on the game, so it's not always about the statistics or not. It's about how I go out and I approach the game. So, I was happy that I got two All-Stars alongside me, and I was able to carry us to a win."

Kevin Love had 30 points, 15 rebounds and 2 steals against Boston, while Irving had 32 points, 12 assists and 3 steals.

It was the Cavs' 10th straight win in a game in which James played, which could account for why Irving vehemently defended James afterward.

"That guy is so special," Irving said. "He gives himself an 'F,' and he still ends up with 23, 8 and 11. I mean, I understood [his sentiment] just from the amount of expectations that he puts on himself every single night. He took full accountability just like anyone else in this locker room would, but as the leader of this team, we command a lot from him. He understands that, he wants it, he thrives in that, and I think it's good.

"That's what makes the greats great: right there, just taking accountability and then moving forward. Said what he had to say in front of the team and then we move on. That's what being a great team is really about, just having great players to step up to the plate. Like I said, I wouldn't give him an 'F.' But 23, 8 and 11, still work. With the win? I'll work with it." 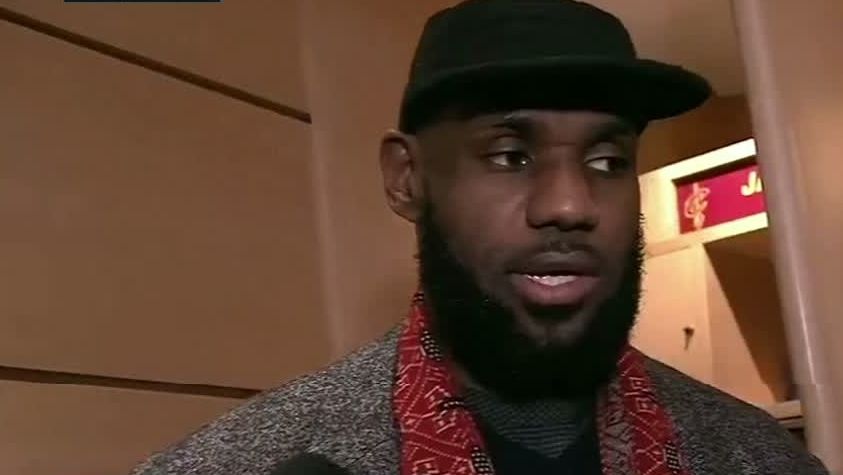