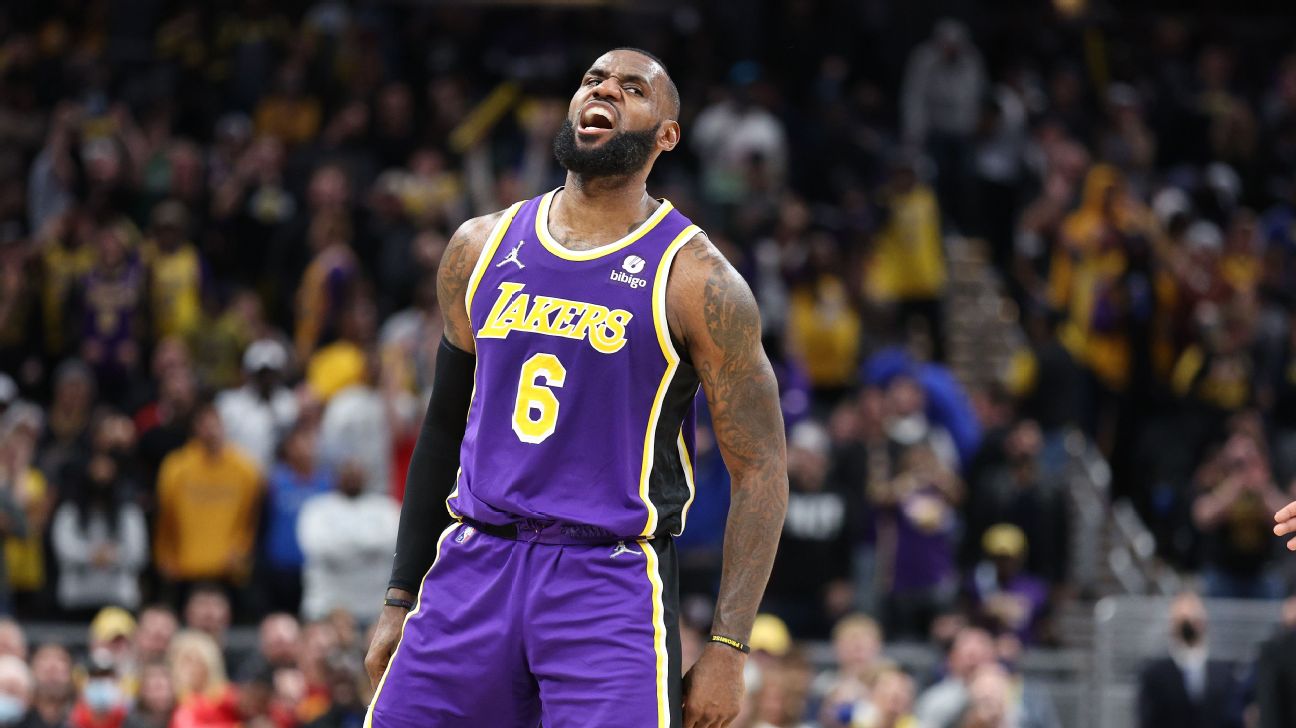 INDIANAPOLIS -- LeBron James was napping in the city that never sleeps on Monday when the NBA announced that the Los Angeles Lakers star would be suspended for the first time in his 19-year career and have to miss Tuesday's game against the New York Knicks.

"Rob [Pelinka] called me. I missed his call," James told ESPN of the Lakers vice president of basketball operations and general manager dialing in the bad news. "As soon as when I checked my phone and it was a missed call, I was like, 'I know I'm suspended.'

James more than made up for missed time in Wednesday's 124-116 overtime win against the Indiana Pacers in his first contest back since sitting out the Knicks game for striking Detroit Pistons big man Isaiah Stewart in the face, drawing blood.

James scored a season-high 39 points in Indianapolis, including eight of L.A.'s 12 points in the extra session, to help the Lakers erase a 12-point second-half deficit and finish their five-game road trip with a record of 2-3.

Although James gave the Indiana crowd a show -- even mimicking Sam Cassell's nether region dance after nailing a 3 late in regulation, then breaking out an old celebration from his Miami Heat days, "The Silencer," after knocking down another deep trey in OT -- it was a decidedly off-Broadway performance.

He still longed for the opportunity he missed at Madison Square Garden, a chance that comes around just once a season now that he plays in the Western Conference.

"I was devastated," James told ESPN. "It's my favorite place in the world to play, so I was looking forward to it. But it is what it is."

Even though the nationally televised Lakers-Knicks game featuring James -- still perhaps the most prominent face in the game at age 36 -- followed the Pistons game on the schedule, there was no chicanery by the league office to put a thumb on the scale to keep him in. No personal appeal between James and NBA commissioner Adam Silver. No delayed investigation that wouldn't mete out a punishment until after the Knicks game was played.

James detailed that explanation after the win over Indiana.

"There was a boxout on the free throw line. His elbow got kind of high, it got me -- if you look, if you watch the film -- it got me off balanced a little bit, and his elbow lifted my arm, and I basically tried to swim move, swim down on him, on his arm," James said. "And when I swung down on his arm, he got off balance and the left side of my hand grazed his face. And I knew right away. So, I knew right away I had caught some part of his head. So, I went over to apologize to him, and obviously, you guys saw what happened after that. But definitely accidental."

James, who said he has not spoken to Stewart since the incident, said his case was only made stronger in the days since the Lakers-Pistons game, pointing out how Russell Westbrook got a bloody lip from the Knicks' Quentin Grimes on Tuesday and how James himself was hit in the face by Domantas Sabonis in the Pacers game, requiring a bandage on his eyelid afterward.

James made the day a special one, lifting L.A. back to .500 at 10-10, securing the win without Anthony Davis, who was out with flu-like symptoms.

"That's why he's the GOAT, man," said Lakers guardMalik Monk, who had 17 points and eight rebounds off the bench. "I've been watching him my whole life. He's like our [Michael] Jordan in my generation."

"What LeBron did tonight was just a performance for the ages," Vogel said. "I know these fans and how much they love their hoops here in Indianapolis. And he put on one hell of a show, and obviously, he gets the game ball."

The fact that James did it in Indiana, the place where his team lost 136-94 in his first season with the Lakers when the train went off the rails, wasn't lost on James, either.

That 2018-19 campaign went sideways. This season has looked suspect at times too. But much the way L.A. turned around its trip, James believes there's improvement ahead for the Lakers.

"The way it started compared to the way it ended," James told ESPN, looking back at the trip. "To come here, this is always a tough building for us to play. It's always been a tough building for me to play in, my whole career, and obviously, you know Rick Carlisle's team is going to be always well-coached.

"So, to leave out of here with a win, it's a damn good trip. Despite everything that's happened on this trip, it's a good feeling to go back on Thanksgiving. The food will taste a little bit better." 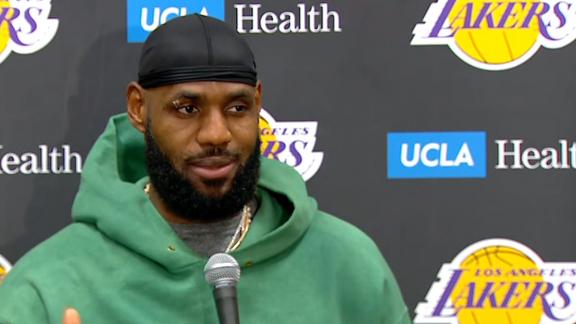