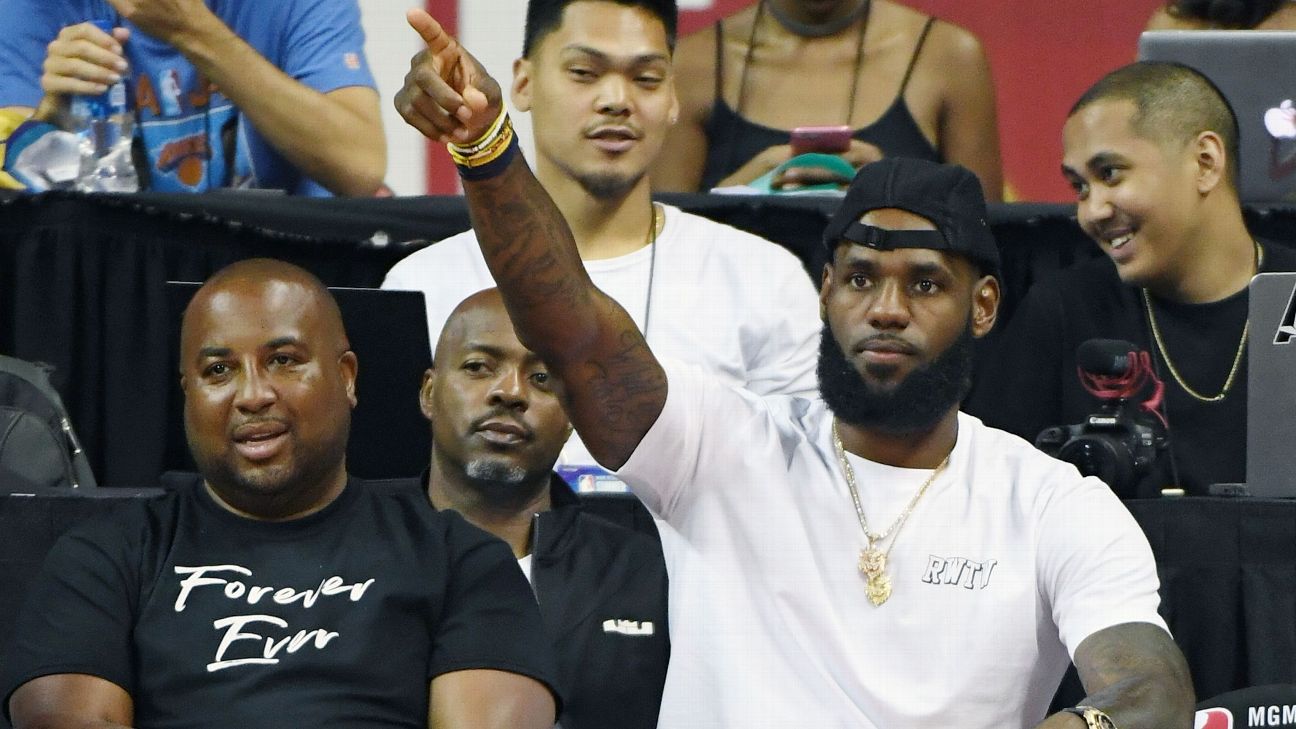 ESPN
In purple and gold shorts, LeBron James strolled to his courtside seat just before tipoff of theLos Angeles Lakers-Detroit Pistonsmatchup at the Thomas & Mack Center in Las Vegas.

It's the first time that LeBron has seen his new team in action since signing his four-year, $153.3 million deal.

Lakers fans gave the three-time NBA champion a standing ovation, and the Lakers' young summer league roster responded to the King being in attendance with a 33-14 first quarter, which included these LeBron-approved plays from Josh Hart and the aptly-named Nick King:

Lakers forward Brandon Ingram, also in attendance in Vegas, made sure to show his new teammate some love before heading to his seat.

Yes, even in summer league, the LeBron effect is already working wonders for the Lakers.

LeBron enjoys watching the Lakers play
LeBron James sits courtside for the Pistons-Lakers game and appears impressed with his new team's performance in the win.

LeBron appreciates Hart's steal and finish
Josh Hart comes up with a steal and banks in a tough layup, and LeBron James claps to show his appreciation.

Nick King beats the buzzer in front of King James
Lakers rookie Nick King knocks down a jumper to beat the first-quarter buzzer right in front of LeBron James, who likes what he sees.