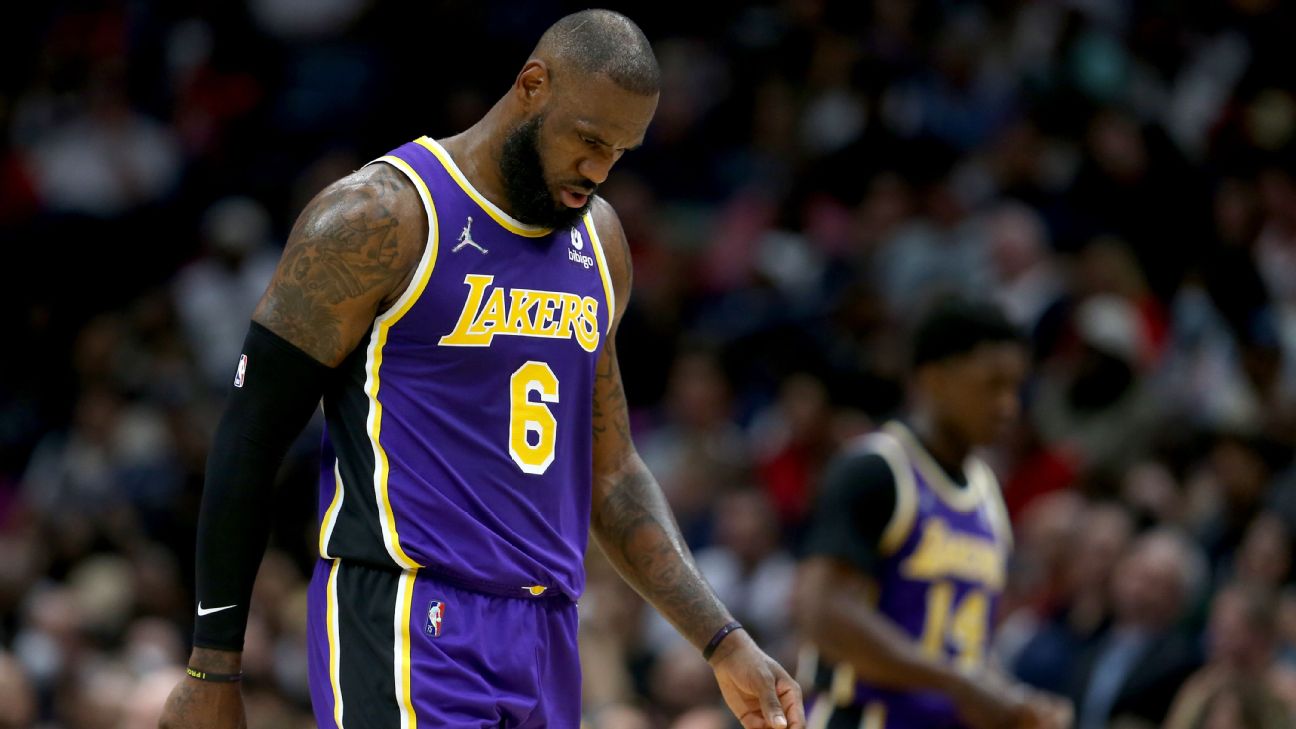 LOS ANGELES -- LeBron James will not play in the final two games of the Los Angeles Lakers' season because of soreness in his left ankle, the team announced Friday.

The Lakers, already eliminated from play-in tournament contention after their loss Tuesday to the Phoenix Suns guaranteed the San Antonio Spurs would finish ahead of them for the No. 10 spot in the Western Conference, host the Oklahoma City Thunder on Friday and end the season on the road against the Denver Nuggets on Sunday.


James has already missed five of the Lakers' past six games since spraining his left ankle against the New Orleans Pelicans on March 27.

James will finish the season averaging 30.3 points -- currently second in the league behind Joel Embiid of the Philadelphia 76ers (30.4) -- in 56 games. Should Embiid's average dip below James' as the Sixers finish out their season, James cannot claim the scoring title while inactive. A player must play at least 58 games to be eligible for the distinction.

Still, it was the most points James, 37, has averaged since his third season in the league when he scored 31.4 for the Cleveland Cavaliers. The scoring average is also the most ever for a player in his 19th season.

James took to Twitter to thank his fans and say goodbye to the 2021-22 season.

L.A. went just 25-31 in games in which James played, marking the first time since his rookie year with the Cavs that his team finished with a sub-.500 record when he was active.


"He's done everything in his power, and to his ability, beyond what can be reasonably asked of a team's best player," Lakers coach Frank Vogel told ESPN when asked about James' season last month. "He's done it on the court, he's done it with his leadership and keeping everybody engaged in the fight.

"And I don't think anybody can say anything other than he's given everything that he can give to this year's team."

Vogel elaborated when asked Friday about coaching James as he approaches the final years of his career.

"At some point he's not going to be able to play at the level that he's playing," Vogel said. "Obviously Father Time catches up with everybody but I think everybody thought that would have been three, four, five years ago and he's still doing it. I think it's just going to be more of what we saw this year, MVP-level play, up until the body tells him he can't do that anymore. But clearly that's not now."

It is the second time in James' four seasons with the Lakers that he finished the season out of the lineup with an injury while the team failed to make the playoffs. 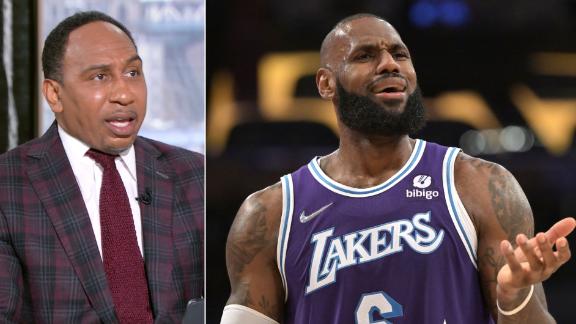