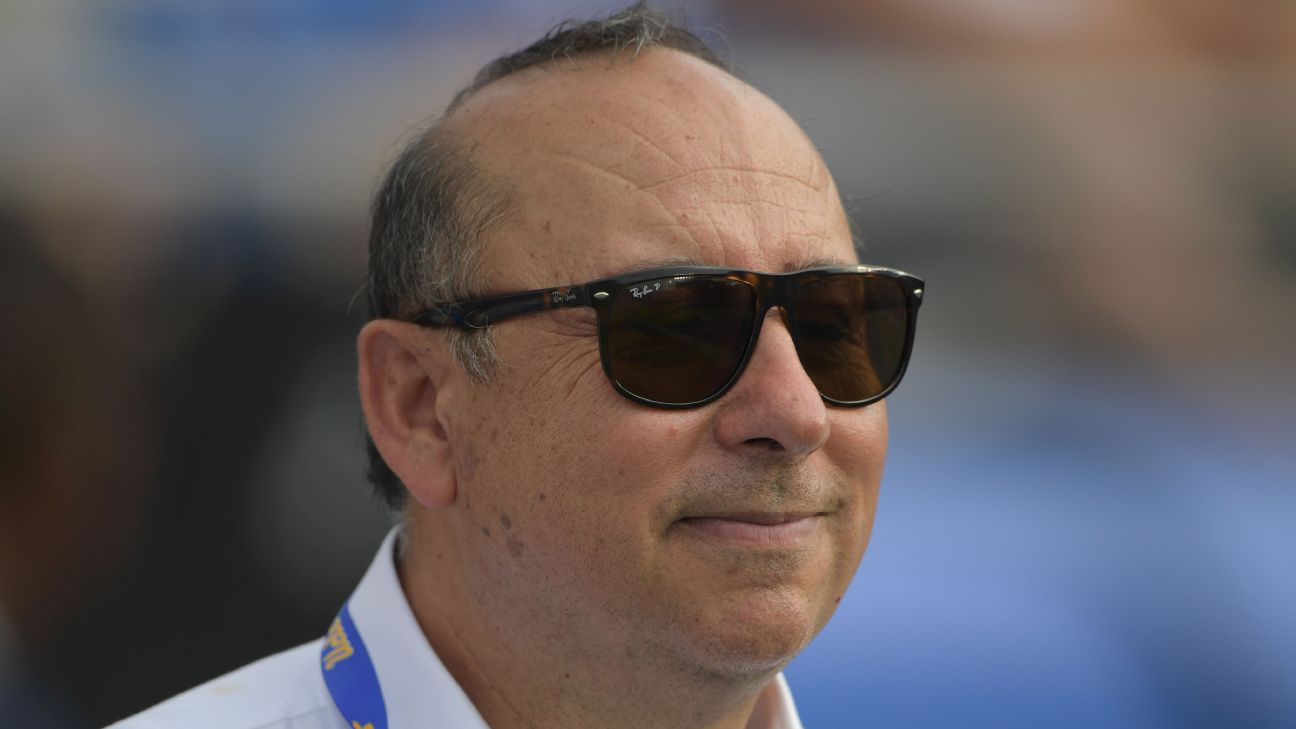 Guerrero, 67, has led the department since 2002 and is the second-longest tenured sitting Power 5 athletic director.

UC Regents voted Thursday to extend Guerrero's contract, which was set to run out in December, through July 1, 2020, at the request of UCLA chancellor Gene Block. The school cited Block's desire for Guerrero to remain on board through the end of the academic year to ease the transition.

"Two significant changes in my life over the past 18 months led me to this decision after much consideration and discussion with my family and the Chancellor," Guerrero said in a statement. "First, though it was not widely known, I successfully battled the toughest opponent I have ever had to face in my life: cancer. The world-class medical team at UCLA, however, helped me beat the disease, and my prognosis for the future is excellent.

"Second, my wife and I recently welcomed our second granddaughter, and spending time with our growing family is incredibly important to me."

A spokesperson for UCLA said Guerrero was treated for squamous cell carcinoma in lymph nodes in his neck.

With 32 national championships across all athletic programs during his tenure, UCLA was one of the most successful programs in the country. No sitting Division I athletic director has overseen more titles, according to UCLA.

During Guerrero's time, the football team went 112-103 overall and appeared in 13 bowl games but did not win a conference title. Guerrero inherited coach Bob Toledo but fired him after one season and went on to cycle through four more head coaches: Karl Dorrell, Rick Neuheisel, Jim Mora and Chip Kelly.

In men's basketball, the Bruins reached the Final Four three times (2006-08) but did not add to their 11 national titles, the most in the country. Guerrero has overseen coaches Steve Lavin, Ben Howland and Steve Alford and hired Mick Cronin in April after a long search.

Earlier this year, the program was connected to the well-publicized college admissions scandal. Longtime men's soccer coach Jorge Salcedo was forced to resign after he was indicted for allegedly taking bribes to classify prospective students as soccer recruits in order to avoid being subjected to the school's tough admissions standards.

"I appreciate Dan's dedication to our campus, fans and student-athletes throughout his career at UCLA," Block said. "A proud alumnus, Dan has helped lead our teams to numerous victories, while also demonstrating a commitment to advancing women's opportunities in athletics, maintaining high academic standards for student-athletes and keeping UCLA programs in compliance with NCAA and other requirements. He has also overseen the construction of new facilities and upgrades to existing ones for the benefit of our student-athletes and our fans."