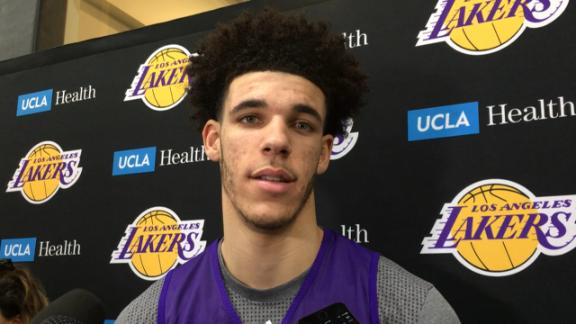 PORTLAND -- Before Lonzo Ball faces his predecessor, in what should be quite the return to Los Angeles for D'Angelo Russell, the Lakers' rookie point guard will have to focus on surviving his first duel with Damian Lillard.

After facing several top point guards during a brutal six-game stretch to start the season, Ball is put to the test again with his toughest back-to-back set yet. On Thursday, the Lakers' prized rookie will see firsthand just how good Lillard and backcourt mate C.J. McCollum are. Lillard might be the second-best point guard Ball has faced in his first eight games next to Washington's John Wall.

And as if that isn't hard enough, Ball will have to turn around 24 hours later and brace for the wrath of Russell, who is motivated to prove the Lakers wrong for trading him and moving on from the player they selected second overall in 2015.

"Two great point guards, two great scorers," Ball said of his upcoming back-to-back challenge. "They can score in a variety of ways, a lot of pick-and-rolls. So I got to be ready to play."

The Lakers drafted Ball believing the rookie will be a point guard with transcendent vision, one who makes teammates better with his pass-first mentality. And Magic Johnson, the team president, also made it clear that he was looking for leadership at the point guard position and that is why they wanted Ball and subsequently moved Russell and Timofey Mozgov to Brooklyn for Brook Lopez and the Nets' 27th overall pick, which they used to take Kyle Kuzma, who has been a spark off the bench.

Russell said all the right things upon arriving to the Nets this summer, opting not to respond or take any shots at Johnson or the Lakers at his introductory media conference. Instead, after hearing the knock on his leadership ability and maturity, Russell often posted late-night workouts on his social media accounts.

Russell certainly looks motivated to start the season, scoring 29 or more points three times this season and averaging 21.7 points, 5.0 assists, 4.1 rebounds and 46.6 percent shooting. He has led the Nets to three wins so far. The Nets won a total of 20 games last season.

"Obviously, being one of our own guys, I tune in and check him out," Lakers coach Luke Walton said of following how Russell is doing. "He's been playing great. I'm happy for him. He's shooting the ball well. Putting up big numbers. And they're having some success right now."

But even with Russell's return looming, Walton didn't want to look past the immediate task at hand: finding a way to slow down Lillard. Through his first eight games Lillard is averaging 25.4 points, 6.0 assists and 5.4 rebounds. During that stretch, Lillard has failed to score at least 25 points only twice.

"In the West, that's every night," Walton said of Ball facing a stellar point guard in Lillard. "Other than being another great learning opportunity for Zo because he hasn't played against him yet, it's just one of those things, the more you play against the players the better you'll be in the future. It's just another incredible challenge for him at an individual matchup spot."

The key for Ball will be coming out aggressive. He likes to feel his way through games and take what defenses are giving him. But the rookie has been at his best when he comes out with urgency -- not just when pushing the ball on the break, but also in the half court, aggressively looking for his shot and not just settling for open 3s that teams may be giving him.

Against Phoenix and Detroit, Ball set the tone by pushing the pace. He had 29 points, 11 rebound and nine assists while hitting four treys in a win over the Suns, who played little defense. And in just three quarters during Monday's win over Detroit, Ball got the Lakers clicking on all cylinders as they pushed the tempo, moved the ball, hit cutting teammates and, most important, created opportunities with their defense.

The Nets are averaging 114.6 points per game but also giving up a league-worst 118.8 points a night. That tempo bodes well for Ball and the Lakers.

But first is Lillard, who won't take it easy on the rookie. Ball shouldn't have a shortage of motivation to come out aggressively.

"He definitely has an extra gear," said teammate and good friend Kuzma of Ball. "But for him, he needs to play that way every time. I always tell him that he needs to be aggressive and play with that edge every time because he plays cool sometimes. But when he is very aggressive and locked in and gets it going with pace, we are pretty tough." 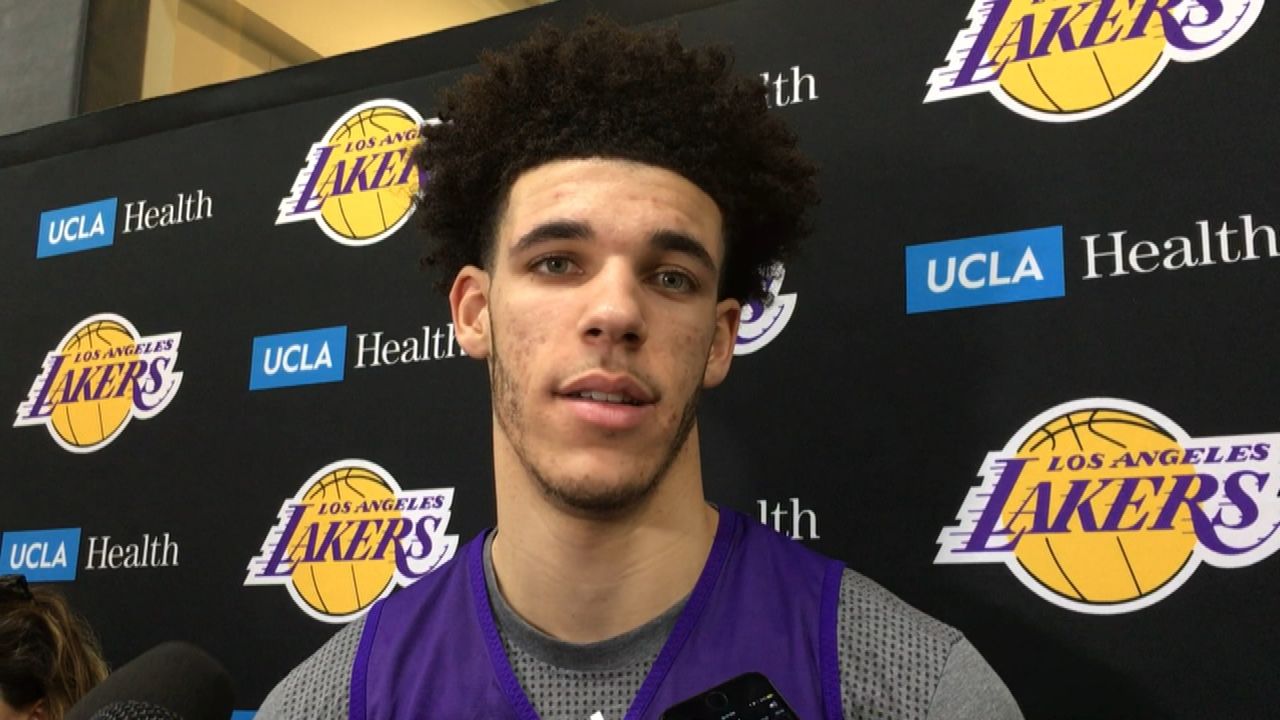