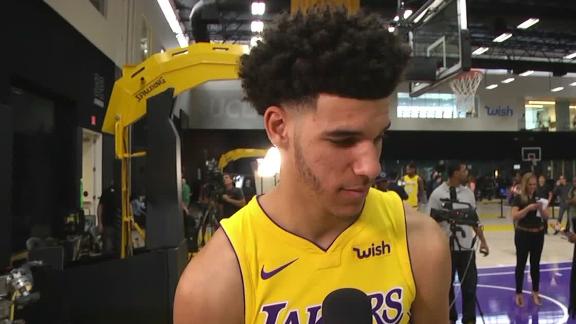 EL SEGUNDO, Calif. -- Los Angeles Lakers rookie Lonzo Ball said he is still deliberating on whether he will wear other shoe brands in addition to his Big Baller Brand this season like he did when he created a stir at the Las Vegas Summer League.

"Who knows," Ball said when asked if he will wear other brands such as Nike and Adidas during his rookie season. "Probably my shoes, though, thinking about it right now.

"I'll definitely be in my shoes the first game and then just go from there."

With CEO LaVar Ball hyping it and Lonzo's growing popularity, Big Baller Brand is trying to penetrate and perhaps even change the basketball shoe industry. The Lakers' No. 2 overall pick wore Big Baller Brand but also Jordan, Nike, Adidas and Under Armour shoes in July on his way toward becoming the MVP of the Las Vegas Summer League.

"Just showing people that I have freedom," Ball said.

Whichever shoes Ball wears, the rookie says his biggest challenge will likely be his body enduring the physicality of an NBA season for the first time.

"I think just the grind of the season, 82 games, I've never played that before and it's my first year so I don't know what really to expect," Ball said. "But I'm going in there with an open mind ready to learn, ready to get better and just looking forward to the challenge." 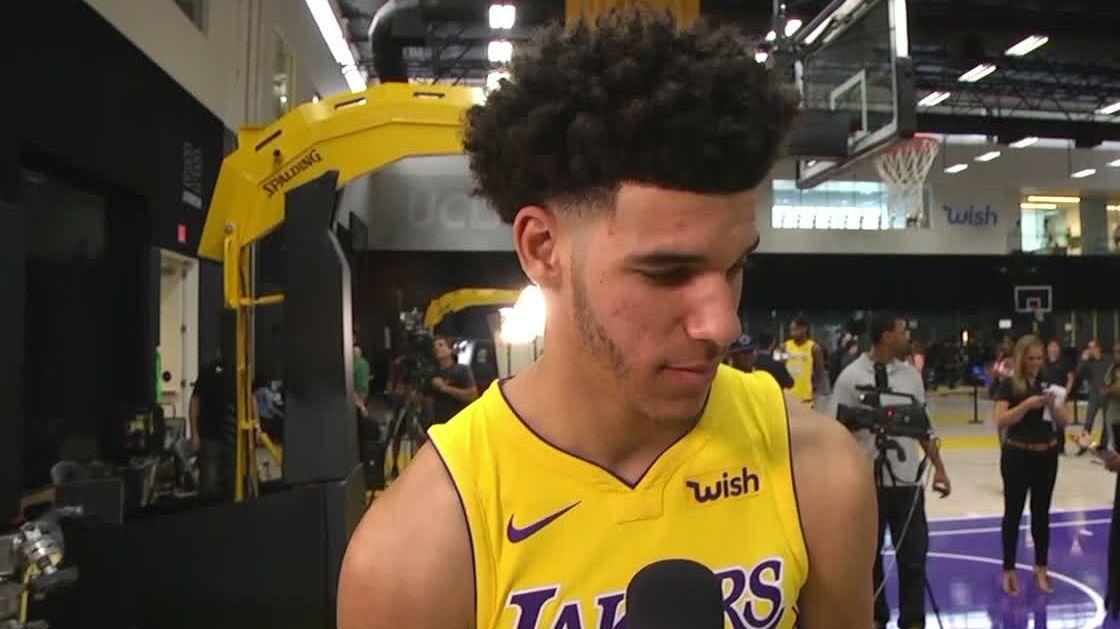