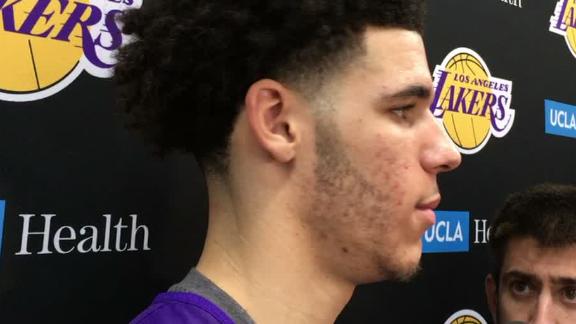 EL SEGUNDO, Calif. -- Rookie guardLonzo Ball continues to shoulder the blame for the Lakers' loss to the Utah Jazz on Saturday, and Los Angeles' deficiencies so far. It's something he learned from his father, LaVar, and from watching LeBron James while growing up.

"That is how I was brought up," Ball said Monday after practice. "I am not going to change. ... It is a team game; we all play for each other, obviously we win and lose as a team. But I like to take the blame when we lose."

"It's just what my dad taught me," he added. "When I started at 6, he has been coaching me the same way my whole life."

Ball said it's also a trait he sees in his favorite player, who will often be quick to take responsibility.

"My favorite player growing up is LeBron," Ball said. "He still plays the same way to the day. He always takes [the blame]."

After the Lakers lost 96-81 in Utah on Saturday, Ball put the Lakers' fourth loss of the season on his shoulders. Ball -- who was held to nine points, four assists, two rebounds, two steals and five turnovers -- blamed the loss on "two dumb plays by me" after Utah rookie Donovan Mitchell electrified the home crowd with five straight points that included a one-handed catch-and-dunk putback and a 3-pointer.

Ball felt he should have boxed out Mitchell on the dunk. Ball's turnover right after that eventually led to Mitchell's 3-pointer, which turned a six-point game into an 11-point Jazz lead heading into the fourth quarter.

All the momentum swung for Utah.

"It's not his fault we lost," Lakers coach Luke Walton said. "Those are plays -- there's a lot of possessions throughout a game that you can look at that have those type of effects. I just pointed those out to him and to the team because I felt like they were great teaching moments. I love that he wants to take responsibility for it. That's what leaders do -- they put it on their back, but it's not on him that we lost that game. He did a lot of things very well that night, too."

Ball even accepted blame for the Lakers not playing at the fast pace they want to play with this season.

"More pace, run on makes -- I feel like we are kind of walking up the ball too much," Ball said. "And that is obviously my fault because I am the point guard so just got to push the pace a little better."

Walton said Ball has shown the ability to not let hard losses stick with him, and to move on to the next game. Teammate Jordan Clarkson said he was in Ball's ear during the game on Saturday, trying to keep the rookie aggressive.

Clarkson said it is easy to forget that Ball just turned 20 on Friday.

"It is a process for him," Clarkson said. "Other day, I was at his birthday party; he rented Dave & Buster's out, it was pretty cool. He's [only] 20, he's learning. It will be all right for him."

While the Balls had a good time on Sunday -- Clarkson said Ball's younger brother, LaMelo, "was actually whopping my ass" in pop-a-shot -- the Lakers' No. 2 overall pick said he will continue to shoulder the responsibility for how the Lakers play and win.

He learned that from his father and watched his favorite player set that example.

"He definitely is stepping into that leadership role making those comments," Clarkson said of Ball wanting to take the blame for the Utah loss. "We know he wants to win games and stuff like that, but [it's] definitely something good for him to kind of pick up." 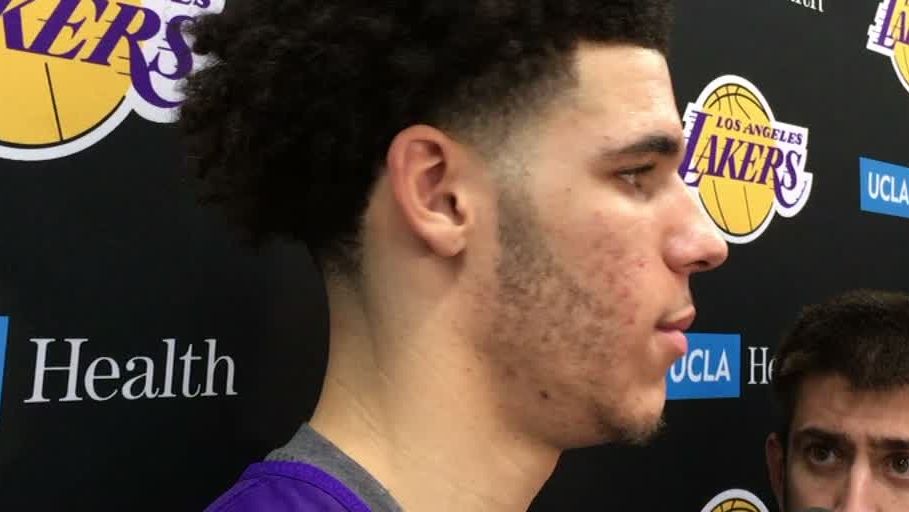