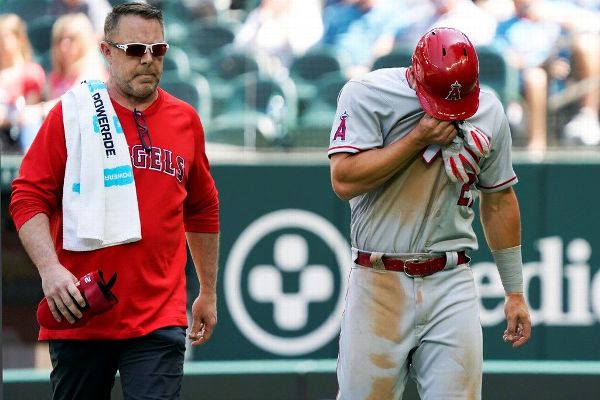 HOUSTON --Mike Trout was out of the starting lineup for the Los Angeles Angels on Monday night, a day after the star center fielder was hit on his left hand by a pitch.

Team trainer Mike Frostad said an MRI on Monday was negative for a fracture and that Trout has a bruise. Frostad added Trout's return to the lineup will depend on pain tolerance.


Manager Joe Maddon said Trout is considered day-to-day with the injury but wasn't sure if he'd return during this series with the Houston Astros, which ends Wednesday.

Trout said Sunday that when he first was hit, he thought he broke the hand. He had trouble seeing Spencer Patton's pitch in the shadows at Texas and lowered his hands into the path of the ball to protect his midsection.