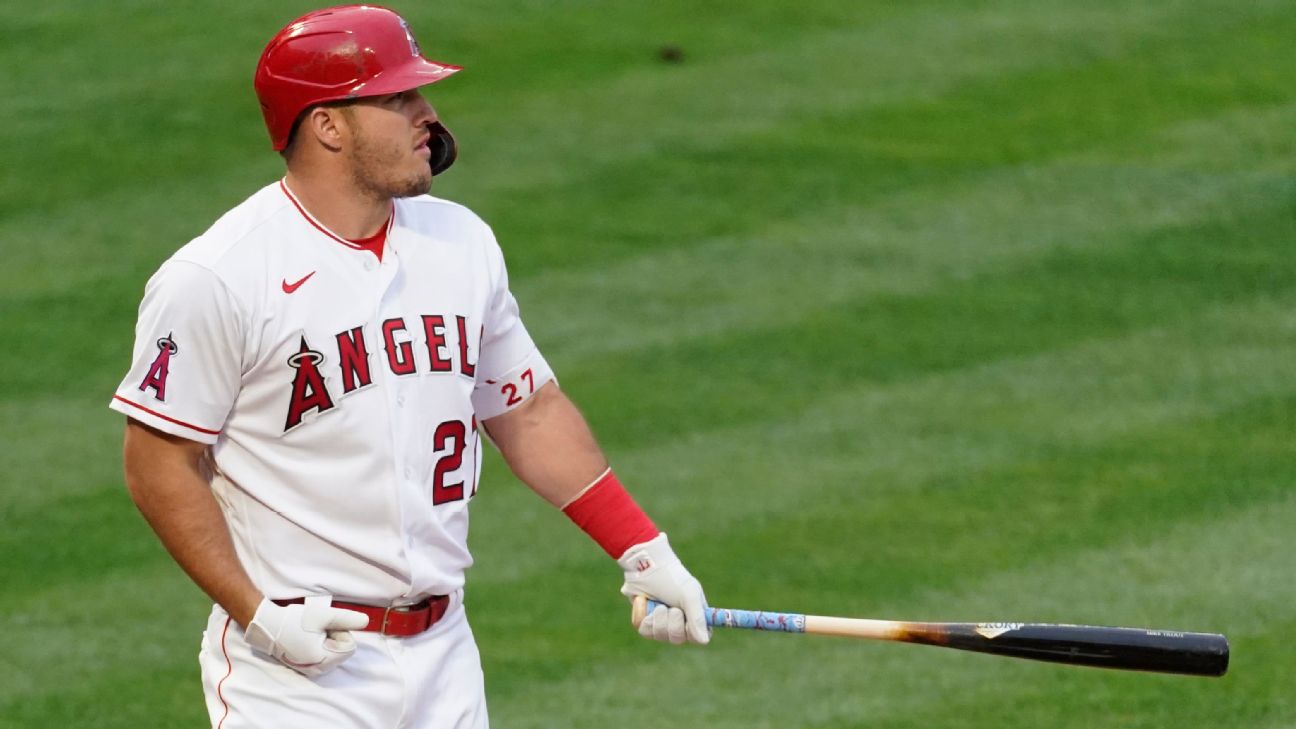 ANAHEIM, Calif. -- Mike Trout says his right calf is starting to feel better, but the Los Angeles Angels superstar still doesn't know when he will be able to return.

The three-time American League MVP went on the injured list May 18 after straining his calf the night before against the Cleveland Indians. The Angels said at the time that Trout would miss six to eight weeks, which would sideline him through the All-Star break.


"Today was probably my best day yet, just tolerance-wise. As far as activities, I'm doing as much as I can to strengthen around the calf muscle," Trout said before Monday's game against the Kansas City Royals.

Trout said he would like to start jogging soon but doesn't have a timetable on when he would be able to do that, much less resume baseball activities. He said he is walking on a treadmill but not with any intensity.

"I'm happy with my progress so far. It has been good the last couple of days," he said. "I should have a better idea on a return date once I start moving around, as in jogging and running."


Juan Lagares has started in center field in 16 of the 19 games that Trout has missed, with Taylor Ward starting the other three. Lagares and Ward have combined to go 13-of-70 with no homers and seven RBIs in games they have started in center.

Los Angeles is 9-10 since Trout went on the IL. The Angels went into Monday's game trailing Oakland by seven games in the AL West.

Trout said during home games he usually watches the first couple of innings from the dugout before going into the clubhouse to continue his rehab. He also continues to attend hitters meetings.

"It seems like there are games where we score a bunch of runs and then the next game it is pretty quiet," he said. "It's tough being on the bench. You know, there's only so much you can do and you want to be out there." 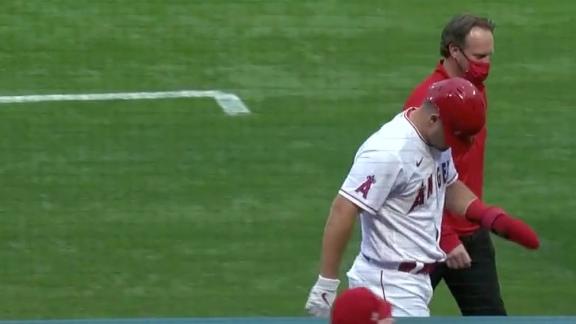