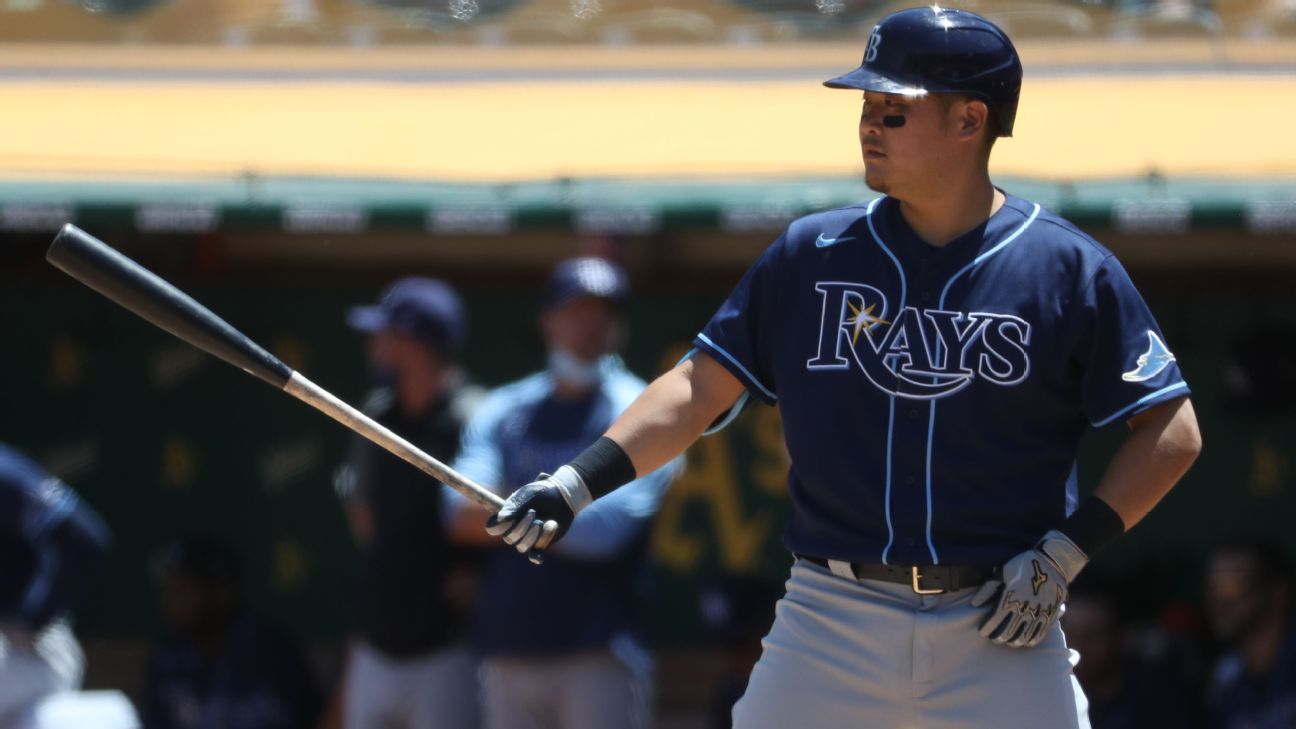 LOS ANGELES -- The Los Angeles Dodgers acquired infielder Yoshitomo Tsutsugo from the Tampa Bay Rays on Saturday for a player to be named or cash.

Tsutsugo, 29, has struggled in the majors since coming over from Japan. He has a .187 batting average in two seasons, including .167 in 27 games with Tampa Bay this season. Tsutsugo also has no home runs and 27 strikeouts in 87 plate appearances.


The defending World Series champions have been seeking veteran role players as they have struggled with injuries throughout the season. Tsutsugo can also play the outfield for the Dodgers, who also reportedly agreed to terms with Albert Pujols on Saturday.

To make room for Tsutsugo on the 40-man roster, the Dodgers transferred infielder Edwin Ríos to the 60-day injured list. Ríos will be undergoing season-ending shoulder surgery next week.