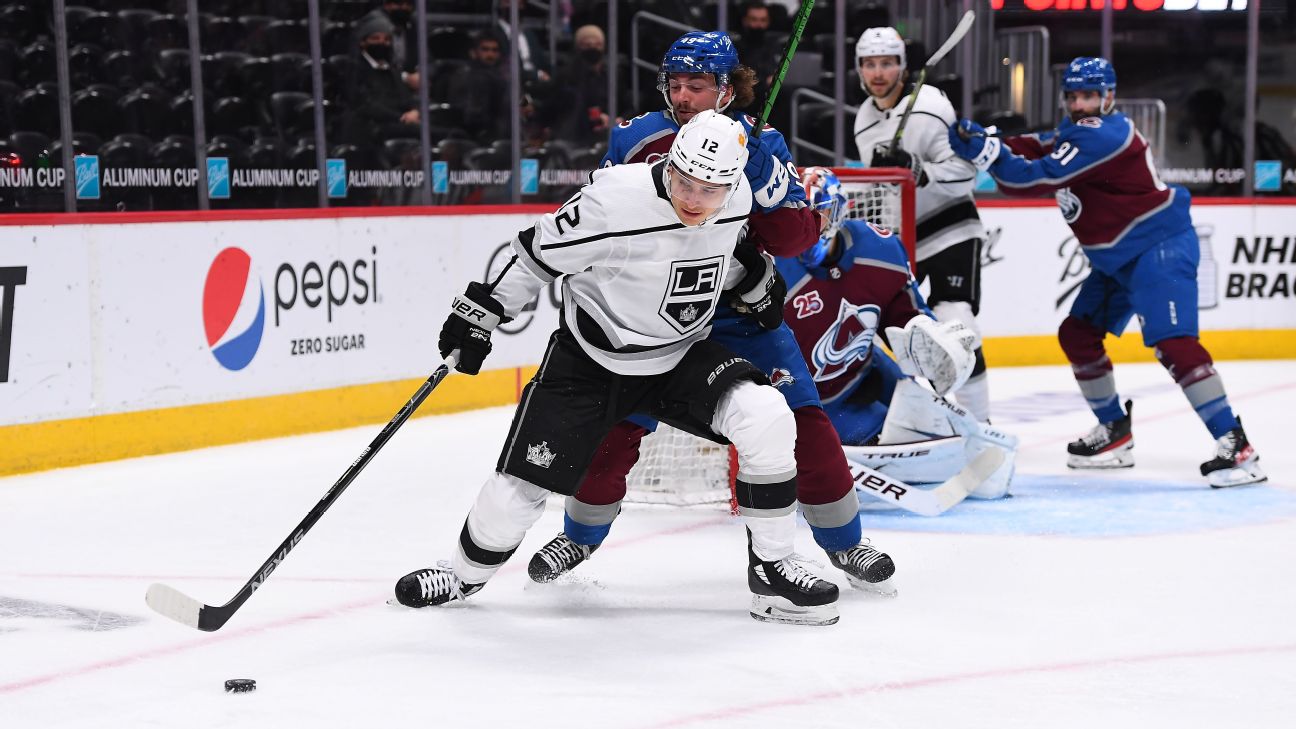 The Kings announced their re-signing Saturday.


Moore set career highs last season with 10 goals and 13 assists in 56 games for Los Angeles in his first full NHL campaign. His two short-handed goals were tied for eighth in the league as he established himself as a solid two-way contributor to the Kings.