Luka Doncic makes Game 7 history but says he has proved 'nothing yet' as Dallas Mavericks lose to... 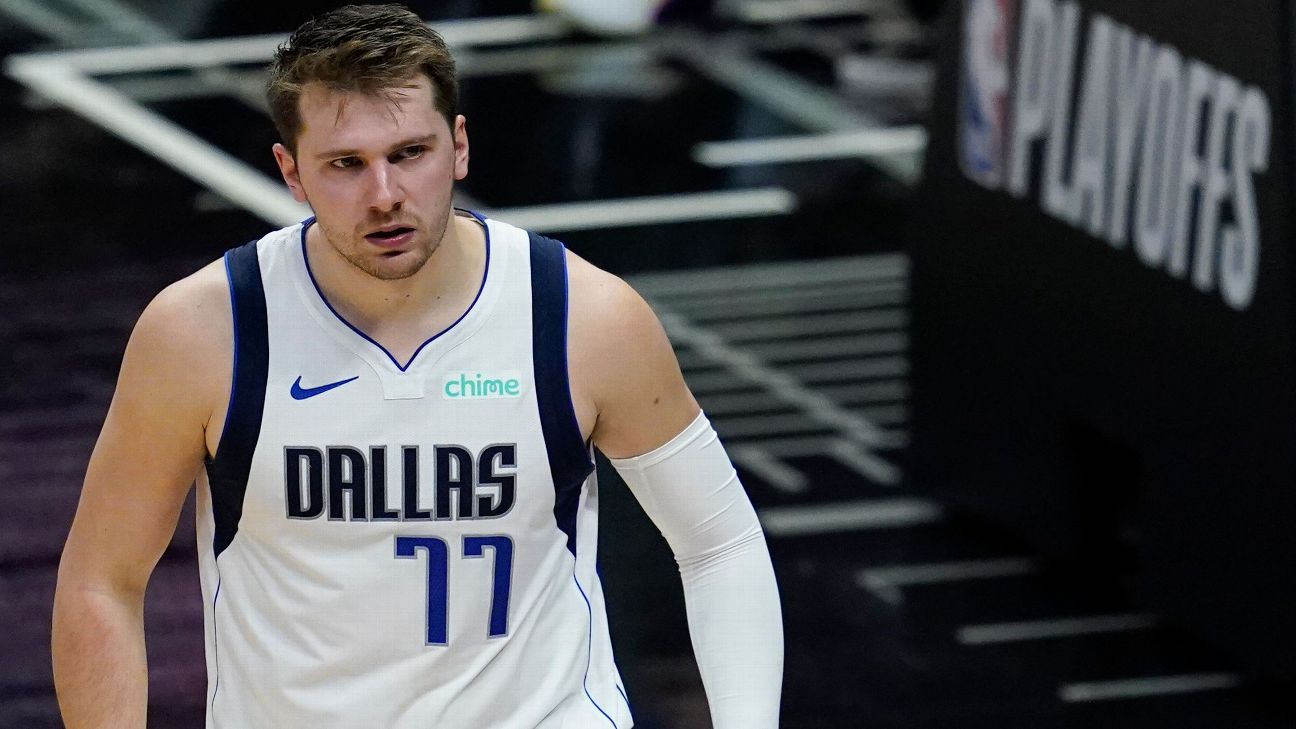 Doncic scored or assisted on 77 points against the Clippers, the most in NBA history by a player in a Game 7, according to the Elias Sports Bureau. But Doncic's 46 points and 14 assists weren't enough, as the Mavs' season ended with a 126-111 loss.


The performance capped a sensational series for Doncic, who averaged 35.7 points, 7.9 rebounds and 10.3 assists despite suffering a cervical strain that severely hampered him during Dallas' Game 4 loss. Doncic joined Russell Westbrook in 2017 as the only players to average at least 35 points and 10 assists in a playoff series, but he doesn't consider his statistics to be worth celebrating after a series loss.

"I mean, nothing yet," Doncic said when asked what he proved during the series. "We made the playoffs twice since I've been here. We lost both times. At the end, you get paid to win. We didn't do it."

Doncic certainly impressed the Clippers -- led by two-time Finals MVP Kawhi Leonard-- during the series. His dominance was the primary reason LA scrapped its regular starting lineup and went small midway through the series, preventing Doncic from hunting switches to attack overmatched big man Ivica Zubac. The Clippers mixed in traps and double-teams to try to force the ball out of his hands, and the 22-year-old Doncic still produced three 40-point games while shooting 49.0% from the floor and 40.8% from 3-point range in the series.

"Oh man, he did everything," said Leonard, who had 28 points, 10 rebounds and 9 assists in Game 7. "Shooting it very efficiently, from 3 for sure, off-the-dribble shots, just doing it all for his team. He's a great player. You're going to see him for many years to come. He's playing at his own pace, making it look easy out there."

It was the second straight postseason that the Clippers eliminated the Mavericks in the first round despite Doncic's individual brilliance. He averaged 31.0 points, 9.8 rebounds and 8.7 assists in last year's six-game series.

"He was the star last matchup, too," said Clippers star Paul George, who had 22 points and 10 assists in Game 7. "He played off the charts last year in a playoff. And to be honest, you knew he could get better, you knew there was room for improvement, of course, but [Doncic's performance this series] was even more awesome.


"He just plays with so much confidence, and his game is just so beyond his age. He pretty much can pick up and read almost any defense. We threw a lot at him, and he was still able to keep his team afloat and just improvise. He's going to be great. He's got a big, huge future ahead of him."

Mavs coach Rick Carlisle called Doncic "a top-five player in the world" and said this series validates that status.

"We've just got to keep building the team around him," Carlisle said. "And this is going to be an important offseason on many levels."

Mavs owner Mark Cuban halted any speculation that the team's offseason could include a coaching change. Cuban told ESPN that he would not consider moving on from Carlisle after the Mavs failed to get out of the first round again, extending their playoff series victory drought to 10 seasons, dating to Dallas' 2011 title run.

"Let me tell you how I look at coaching," Cuban told ESPN. "You don't make a change to make a change. Unless you have someone that you know is much, much, much better, the grass is rarely greener on the other side." 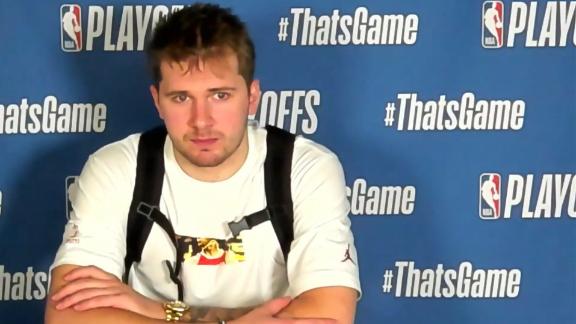 Doncic: 'Nothing yet' proven despite historic numbers
Luka Doncic is unimpressed with his playoff performances because he hasn't won a series yet. 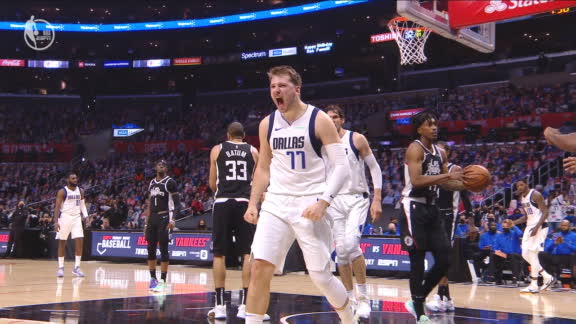