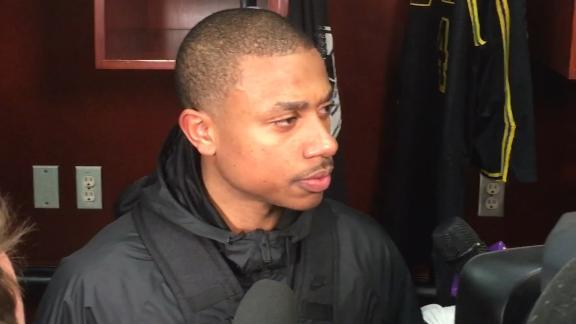 LOS ANGELES -- The frustration was heard loud and clear in Luke Walton's voice after he watched the Miami Heat play "tougher" than the Los Angeles Lakers.

The Lakers lost at home for only the second time since Jan. 5, but what agitated Walton the most was what he didn't see from his team in the 92-91 defeat to Miami.

"They were tougher than we were tonight, which is really frustrating," Walton said. "I don't want to lose, but I don't mind losing when other teams make plays. We had moments of playing our brand of basketball and being physical and getting stops, but they ended up with 18 more shot attempts than us. Our main goal was don't turn the ball over and control the pace. We didn't do a good job with that tonight."

Still, Los Angeles had a chance to win the game, but Isaiah Thomas' 14-foot step-back shot fell short at the end.

Thomas pointed the finger at himself for the Lakers' first two-game losing streak in a month. The point guard missed 8 of 9 shots and finished with five points after scoring 29 points against the Heat in a 131-113 Lakers rout on Mar. 1.

"They trapped me on pick-and-roll," Thomas said of what changed against Miami this time around. "That is no excuse. I got to find different ways to be able to put the ball in the basket and make plays for my teammates. I will put that game on me, but they definitely were more aggressive in trapping me on every dribble handoff and pick-and-roll I came off of."

One game after having the spotlight on him and Thomas for a heated argument between the two by the Lakers bench during a timeout in a 117-106 loss at Golden State on Wednesday, Julius Randle did his best to carry the Lakers with 25 points and 12 rebounds.

The Lakers, playing without starters Brandon Ingram (groin) and Josh Hart (hand), drew up the final play for Randle with 7.5 seconds left, but the Heat doubled the Lakers' big man, leading to Thomas trying to win the game despite coming in cold after not playing for over six minutes in the fourth.

Walton had no issues with the final shot. What upset him was the Lakers allowing the Heat to dictate the pace of the game, come up with four offensive rebounds in the fourth and an inability to pass against a team that was without Hassan Whiteside (hip) and Dwyane Wade (hamstring).

"Don't turn the ball over, that's it," Walton said of his conversation with his team about passing. "We work on -- we do passing drills all the time in practice, and we were telegraphing our passes and passing out of motion, and they were getting deflects. We couldn't even make a post pass tonight, which is basic fundamentals of passing. So that is frustrating." 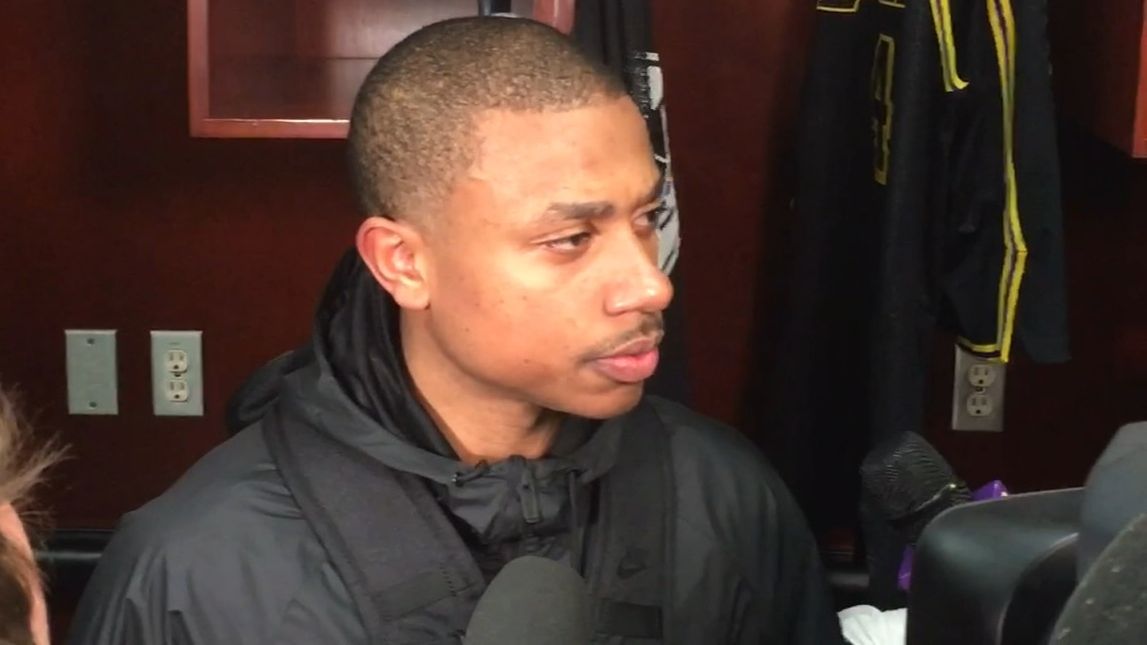