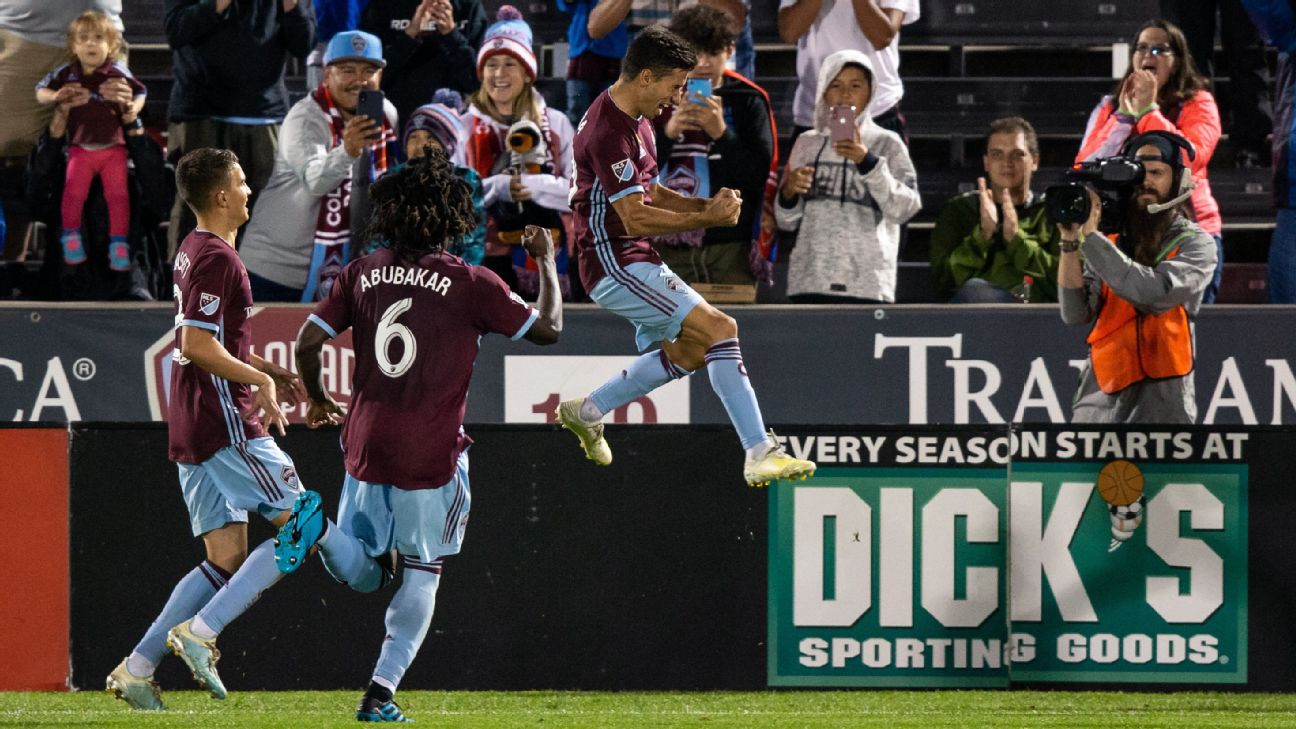 Nicolas Mezquida scored on a penalty kick in the 85th minute and the Colorado Rapids earned a 2-1 victory Wednesday over the Los Angeles Galaxy at Commerce City, Colo., to remain undefeated under new head coach Robin Fraser.

The defeat was a blow to the Galaxy's playoff chances as they entered in eighth place in the Western Conference and just outside of postseason eligibility. A victory could have moved the Galaxy all the way into third place in the jammed-packed conference.

- Stream a replay of this match on ESPN+

All three goals were scored in a busy six-minute stretch late in the game. The Rapids took a 1-0 lead in the 79th minute on a header from Cole Bassett off a free kick, his second of the season, while the Galaxy tied it 1-1 three minutes later on a header from Giancarlo Gonzalez, his first.

Mezquida scored his fourth of the season after Andre Shinyashiki was fouled in the penalty area by the Galaxy's Emil Cuello.

The Rapids have now defeated the New York Red Bulls, Seattle Sounders and the Galaxy under Fraser. They have outscored their opponents 6-1 in that three-game stretch.

Galaxy striker Zlatan Ibrahimovic was held in check until a perfect feed to Rolf Feltscher in the eighth minute of stoppage time, but Feltscher's potential game-tying header was wide left. Ibrahimovic had three shots.

The Galaxy are now winless over the last four games and have won just once in its last eight games. While victories have been hard to come by, goals have not. Los Angeles entered with eight goals in its previous three games, while going 0-1-2.

The Rapids were without goalkeeper Tim Howard, who is dealing with a hamstring injury. Howard's replacement, Clint Irwin, had six saves. Galaxy goalkeeper David Bingham had 10 saves. 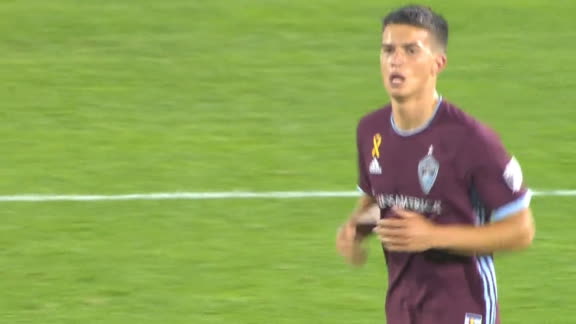 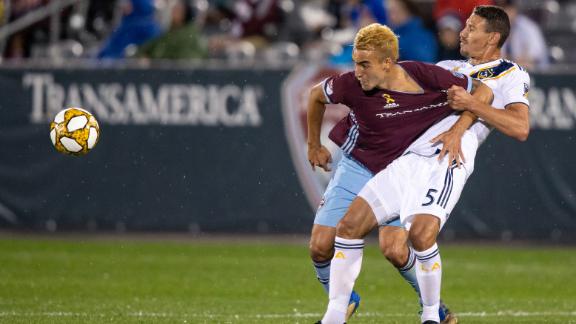