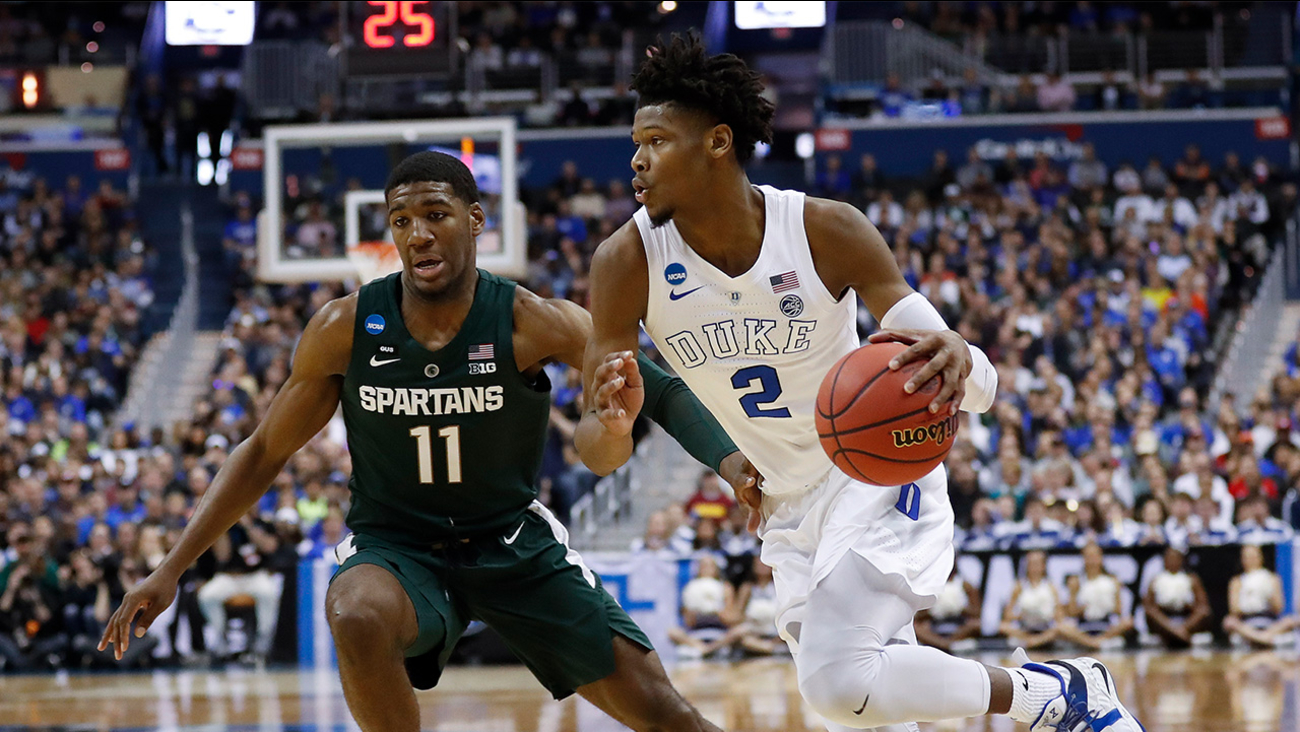 WASHINGTON -- The Michigan State Spartans managed to fend off the Duke Blue Devils 68-67 Sunday night, allowing them to advance to the Final Four.

Overall, it's the Spartans' 10th time going to the Final Four.

Michigan State has not been to the Final Four since 2015.

The Spartans are now advancing to play Texas Tech, a team that is in the Final Four for the first time ever.

The victory sends the No. 2 seed Spartans coach Tom Izzo to his eighth Final Four. Michigan State's most recent trip was in 2015, when it lost to Duke in the national semifinals.

Cassius Winston, the Big Ten Player of the Year, had 20 points and 10 assists.

Duke had escaped its previous two games, winning them by a total of three points, but couldn't pull out this one.

Zion Williamson, the superb freshman expected to be the top pick in this year's NBA draft, had 24 points and 14 rebounds. RJ Barrett, Duke's other star freshman, scored 21 points but also had seven turnovers and missed one of two free throws with 5.2 seconds left with a chance to tie it.