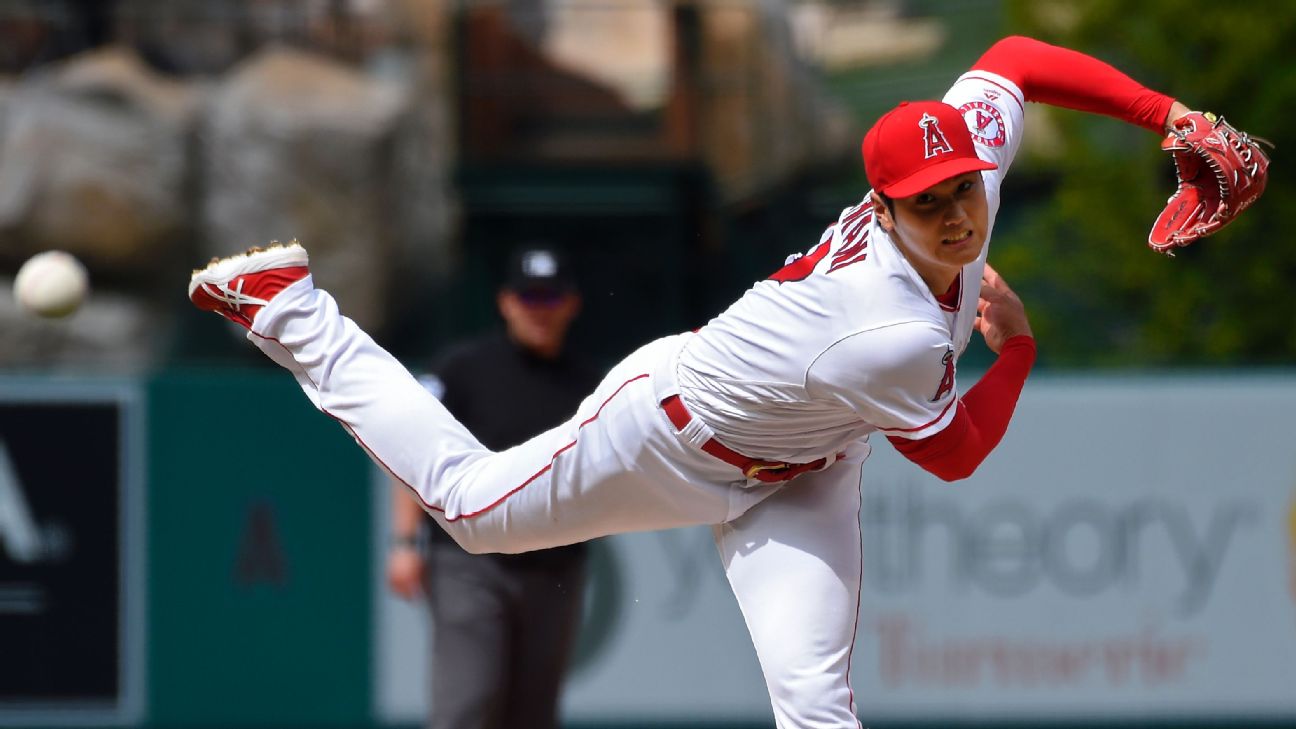 ANAHEIM, Calif. -- At around 5 p.m. PT on Friday, while most of his teammates were taking part in pregame batting practice, Shohei Ohtani stood about 60 feet away from the left-field line, acted out his pitching motion and repeatedly tossed baseballs overhand. It was only a light game of catch, part of what was merely an initial step. But it was a welcomed sight for a Los Angeles Angels franchise still hopeful of getting the Japanese two-way sensation back into their starting rotation.

Ohtani, previously nursing a Grade 2 sprain on the ulnar collateral ligament in his right elbow, was cleared to begin his throwing progression Thursday and has already begun that process in earnest.

The Angels continue to sound hopeful.

"It's very tough to foresee the future," Angels manager Mike Scioscia said, "but we do anticipate him pitching for us this year if everything with his rehab goes as planned."

Ohtani had stem cells and platelet rich plasma injected into his ligament on June 7, one day after complaining of stiffness in the area following a start against the Kansas City Royals. He returned to the lineup as a designated hitter less than four weeks later and will now juggle that with his rehab as a pitcher, which only further complicates his recovery.

There has been skepticism in some circles about Ohtani ultimately avoiding invasive surgery. That belief only grew stronger given the circumstances of fellow Angels starter Garrett Richards, who underwent stem-cell therapy in 2016, came back to pitch in 2017 and will soon undergo Tommy John surgery that will keep him out until 2020.

But Richards was initially told by at least some doctors that he needed surgery, then chose the alternative method after further consultations.

Eppler reiterated Friday that none of the doctors he is in contact with at Kerlan-Jobe Orthopaedic Clinic in Anaheim have suggested the need for surgery with Ohtani.

"I can tell you the consensus among that group is to never push a player into surgery," Eppler said. "I gotta take the advice of the people that spend a lot of time and a whole lot of money getting those degrees."

Eppler couldn't provide a timetable for Ohtani's potential return to the starting rotation, but it appears September would be the soonest he could make it back as a pitcher.

If he progresses toward rehab starts, Ohtani probably would follow the same schedule he did earlier this season, which had him out of the lineup the day before, the day after and the day of his start. Traditional rehab outings at the minor league level would require putting him on the disabled list, so the Angels are more likely to have Ohtani pitch in simulated games at their stadium, the way they did when Ohtani was returning to the lineup.

"It's going to require some creativity," Eppler said of Ohtani, who batted fifth against Houston Astros lefty Dallas Keuchel on Friday.