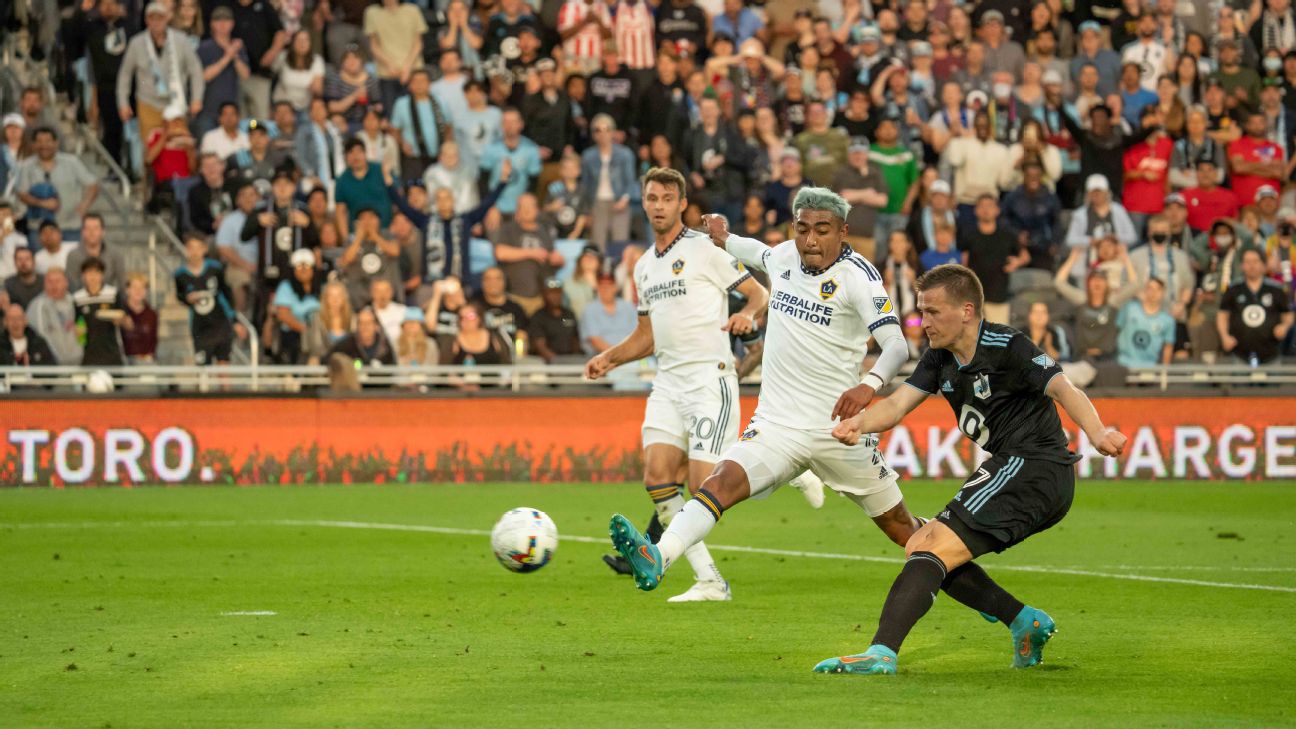 Robin Lod scored in the 87th minute as Minnesota United rallied for a 1-1 draw with the LA Galaxy on Wednesday night in Saint Paul, Minnesota.

Lod connected on a sliding left-footed shot from the top of the center of the box off a crossing pass from D.J. Taylor for his team-leading fifth goal of the season.

The goal came just four minutes after Sacha Kljestan scored on a penalty to give the Galaxy a 1-0 lead. The score came after a video replay showed that Minnesota United defender Michael Boxall had deflected Javier "Chicharito" Hernandez's header in the middle of the box with his left arm. Kljestan then fired a right-footed shot into the left corner of the net.

Minnesota, trying to bounce back from a 3-1 loss at Seattle on Sunday, outshot the Galaxy 12-2 in a scoreless first half and had a 4-1 edge in shots on goal.


Both teams had excellent scoring chances in the first five minutes.

Minnesota defender Bakaye Dibassy flicked a header after an Emanuel Reynoso corner kick just over the crossbar by the near post in the fourth minute.

Just a minute later, Rayan Raveloson of the Galaxy had a straight-on, right-footed shot from inside the box that St. Clair deflected over the crossbar with both hands.

Bond also stopped a Taylor header in the 19th minute off a Franco Fragapane cross, and came up with a big save on a Lod left-footed attempt from the center of the box in the 37th minute.

The Loons also had two other good scoring chances in the half, but Bongokuhle Hlongwane twice fired just wide of the net on right-footed tries. 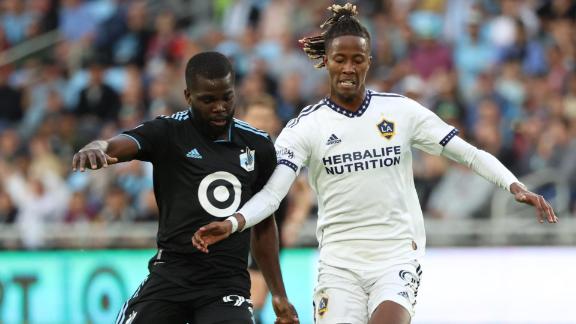