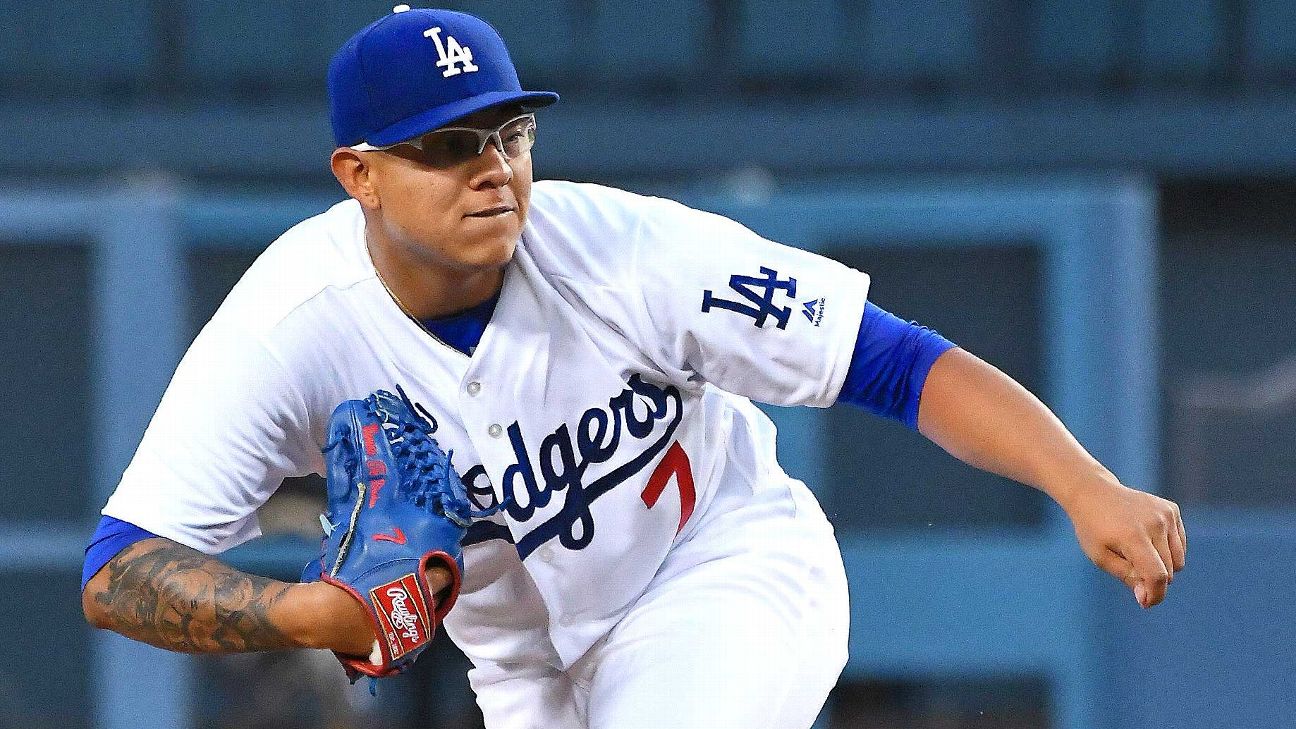 ESPN
By Alden Gonzalez
LOS ANGELES -- Major League Baseball has placed Dodgers pitcherJulio Urias on administrative leave in the wake of his Monday arrest on suspicion of domestic violence.

Urias was arrested and charged with domestic battery after an alleged physical altercation with a woman in the parking lot of the Beverly Center, an upscale shopping mall in L.A., at 7:30 p.m. PT, according to the Los Angeles Police Department. He was released at 1:30 a.m. Tuesday after posting $20,000 bail and did not join his teammates later in the afternoon.

MLB said it was conducting an investigation into the matter and is "in the process of gathering facts" while Urias is on administrative leave.

In a statement Tuesday morning, the Dodgers said the team also was gathering information and would have no further comment. Manager Dave Roberts met with the media before the Dodgers' home game against the San Diego Padresand said he was "choosing my words wisely," adding, "I don't know the facts."

"Obviously, it's not ideal in any sense of the word," Roberts said. "But until we know more, it just doesn't behoove me to make any comments. Fortunately, Major League Baseball is kind of digging into this, as it well should. We'll know more later."

In the meantime, the Dodgers, who should soon benefit from the return of lefties Tony Cingrani and Caleb Ferguson, added right-handed reliever JT Chargois to the active roster.

Urias' leave expires after seven days, but the league can extend it until its investigation is complete. Urias can also technically come off leave before the seven-day mark, but in prior circumstances, this process has dragged out for several weeks and even months.

Eleven players have been investigated and nine have been suspended since 2016, the first full season of MLB's current domestic violence policy. Suspensions ranged from 15 games (Steven Wright and Jeurys Familia) to 100 (Jose Torres). In between were cases involving household names such as Jose Reyes (51-game suspension), Aroldis Chapman (30 games), Addison Russell (40) and Roberto Osuna (75).

The Astros caught flak for acquiring Osuna in the wake of his domestic violence suspension, as did the Cubs for activating Russell last week.

"Every allegation of domestic violence must be taken seriously and addressed promptly," the Dodgers said in their statement, "and we will cooperate fully with the authorities and Major League Baseball to ensure that that happens in this case."

Urias is considered one of the most promising young pitchers in the league. He was beginning to build a special connection with the Dodgers' fan base in L.A. largely because of his Mexican heritage, drawing comparisons to Fernando Valenzuela.

Urias was in the big leagues at 19 in 2016, then spent most of the next two seasons recovering from shoulder surgery. He returned for the Dodgers' playoff run last October, pitching effectively out of the bullpen, then made his first Opening Day roster in 2019. Urias, now 22, began this season in the rotation, then moved to the bullpen -- gradually pitching in higher-leverage situations -- partly so that the Dodgers could monitor his innings.

The Dodgers were open to the possibility of Urias helping out as a starting pitcher once again during the stretch run.

Now they don't know when, if ever, they will get him back.

"Major League Baseball is going through their process and trying to get all the facts, getting as much information as they can," Roberts said. "Right now, we're going to kind of stand pat, let the process run its course." 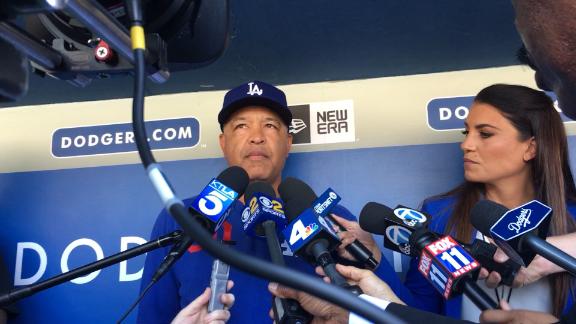