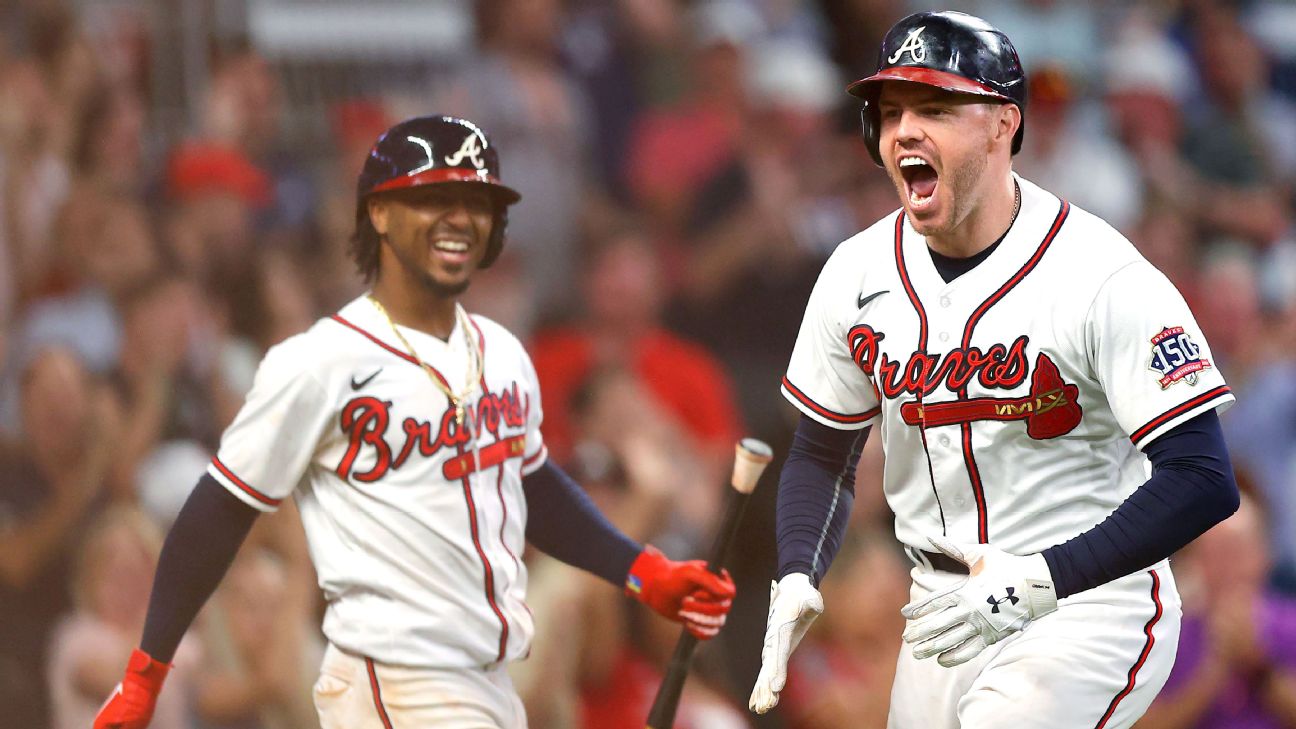 The race to the World Series heated up with three potential clinchers highlighting the 2021 MLB Playoffs on Tuesday.

The slate began with a 10-1 victory by the Houston Astros over the Chicago White Sox. The Astros' decisive victory punched their ticket for a rematch of the 2018 ALCS against the Boston Red Sox.


Freddie Freeman's go-ahead home run in the eighth inning was the difference as the Atlanta Braves topped the Milwaukee Brewers en route to the NLCS.

The Los Angeles Dodgers defeated the San Francisco Giants 7-2 to even up their NLDS at 2-2.

Giants, Dodgers and sudden death -- it's only right.

The two teams, two of the oldest rivals in sports, were separated by one game over the course of a 162-game season and by two runs throughout a 19-game season series. Now, after a Walker Buehler-fueled Dodgers victory on Tuesday night, they're also even at two games apiece in the National League Division Series, and they'll play a winner-take-all Game 5 for the right to advance into the next round and face the Atlanta Braves.

The Giants and Dodgers entered this matchup with the first- and second-best records in the sport, respectively. On top of that, they were meeting in the postseason for the first time in a 100-plus-year history. The series was convincingly described by many as the most compelling NLDS matchup of all time.

And yet it still feels as if the best might lie ahead.

The Dodgers and Giants have played four tense games, but not a single lead change has taken place. The Giants shut out the Dodgers in Games 1 and 3; the Dodgers' offense came to life late in Game 2 and early in Game 4. Now it'll be Julio Urias, a 20-game winner who has helped propel the Dodgers to victory in each of his past 12 starts, likely facing Logan Webb, who dazzled with 7 shutout innings in Game 1 and boasts a 2.63 ERA since early July.


In what turned out to be the deciding game of the Braves-Brewers NLDS showdown, the clubs combined for more action over two innings than we saw over the entirety of the first three games.

Turns out it was all just setting the stage for Freddie Freeman.

Freeman's go-ahead homer in Game 4 was a bit of a surprise. That's certainly not because it was Freeman who hit it. It's because of when he hit it and, especially, whom he hit it off of.


With two down in the bottom of the eighth, dominant Brewers closer Josh Hader had zipped through the inning to that point, striking out Eddie Rosario and making Dansby Swanson look silly.

Hader is not an eighth inning guy. During the season, he threw exactly two innings in the eighth and 52 in the ninth. For Milwaukee, the eighth inning was Devin Williams' domain, but he was out with a hand injury suffered during a late-season temper tantrum.

Still, with the top of the order up for Atlanta in the eighth, Craig Counsell opted for Hader. And as good as Freeman is, Hader shuts lefties down. In five big-league seasons, he'd allowed just seven homers to lefty hitters. One of those, though, was a game-winner by Freeman on May 18, 2019. But in the postseason, no one had ever touched him up, lefty or righty.

But Freeman did. Hader hung a slider and Freeman jacked it to left-center field, sending Truist Park into a frenzy and the Braves to the NLCS.

It was a fitting end to a tight series in which scoring was difficult to come by. The Braves and Brewers combined for nine runs over the first three games, making the nine runs they scored together in Game 4 seem like an avalanche. The teams strung together four straight two-run half innings early in Tuesday's game that felt almost surreal in relation to what had occurred in the series to that point.

Despite the dominant pitching, the series was full of huge moments, includingRowdy Tellez's homer in Game 1andJoc Pederson's three-run, pinch-hit homer in Game 3.

But none of those moments could match the Goliath vs. Goliath confrontation between Freeman and Hader. Freeman won that matchup, won that game and a few minutes later won that series.


Because he did, the Braves are back in the NLCS, where they finished one game shy of the World Series last year. --Brad Doolittle

After a blowout win, it won't look like much in the box score, but three uncontested stolen bases by Houston contributed to Chicago's demise in Game 4 of their ALDS matchup, a series won by Houston on Tuesday.

An 0-2 bases-loaded double by Carlos Correa and a 3-0 one by Alex Bregman with men on didn't help matters as one thing became crystal clear over the course of four games: The better team won the series.

White Sox starter Carlos Rodon came out throwing heat, hitting 99 mph in his first inning of work in 13 days. But it didn't last long as he tired in the third and the Sox asked Michael Kopech for an up-and-down outing -- the one pitcher Sox manager Tony La Russa said wasn't available for the game after throwing 46 pitches in Game 3 on Sunday. He gave up three runs in of an inning. Astros starter Lance McCullers Jr. wasn't as sharp as he was in Game 1, only pitching four innings, but his only blemish was a solo shot by designated hitter Gavin Sheets. The Astros bullpen did the rest, pitching five scoreless innings to advance them to the ALCS for the fifth consecutive season.

The uncontested stolen bases, one by Jose Altuve and two by Kyle Tucker, were emblematic of the White Sox struggles all season to slow down their opponents on the basepaths. They lead the league in stolen bases given up, and that struggle continued in the series. La Russa said it was something that was being addressed before the postseason but it never got fixed. --Jesse Rogers 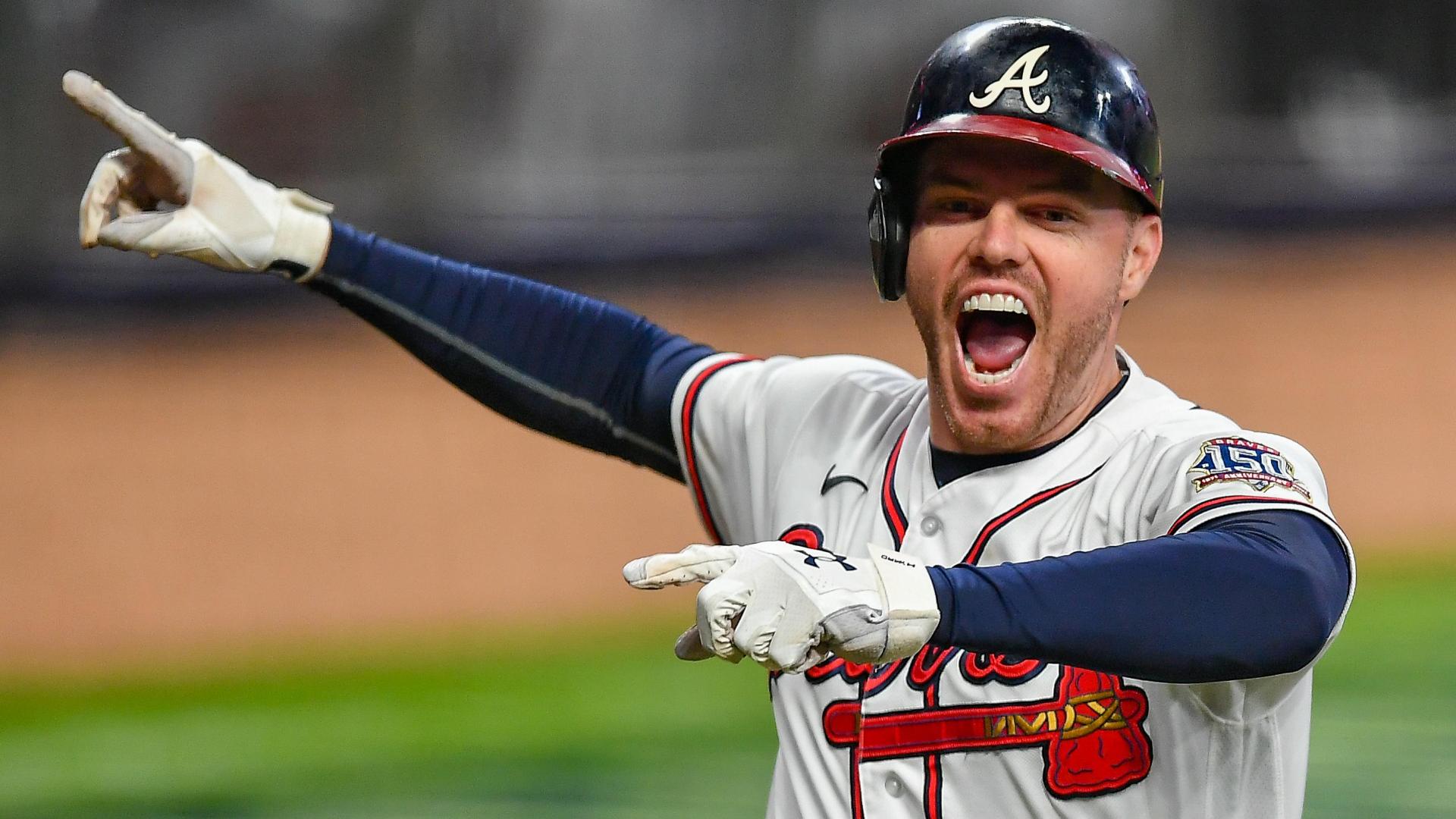 Freddie Freeman gives Braves lead with homer in 8th
Freddie Freeman lifts a solo home run to center field to give the Braves a 5-4 lead vs. the Brewers. 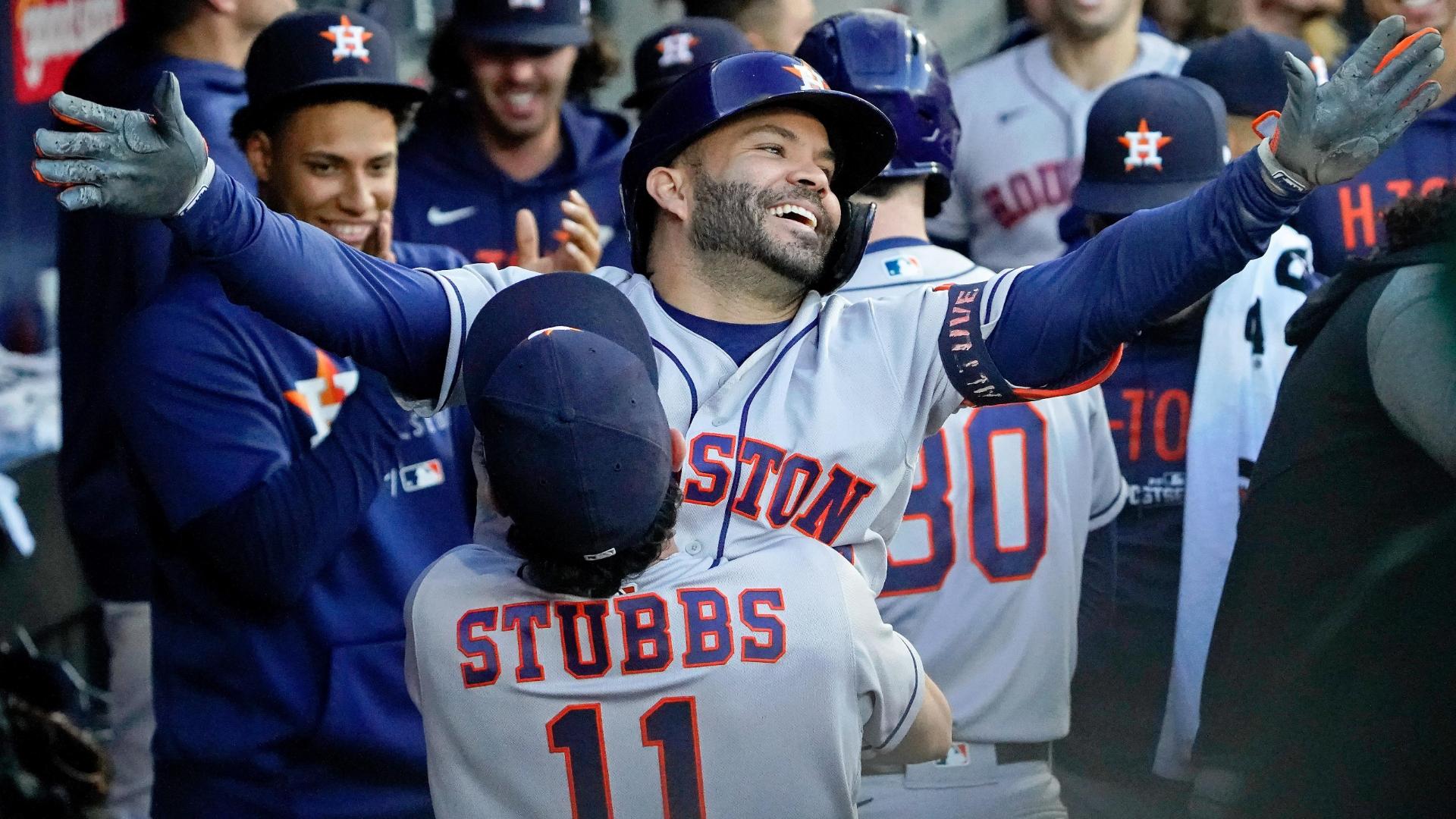 Jose Altuve blasts 3-run homer in Astros' win
Jose Altuve puts the final nail in the coffin vs. the White Sox as he hits a three-run home run to left field to give the Astros a 10-1 lead. 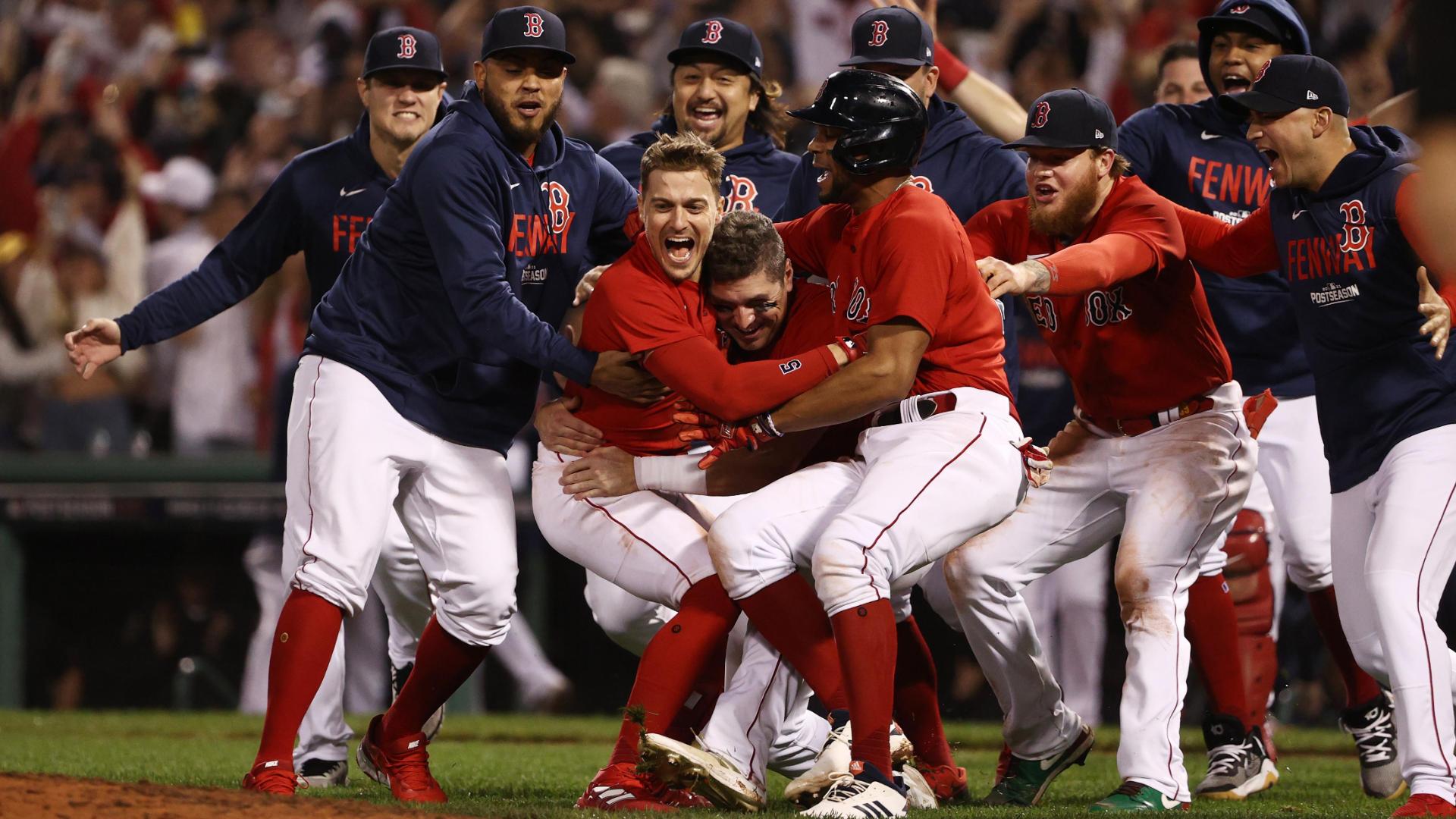