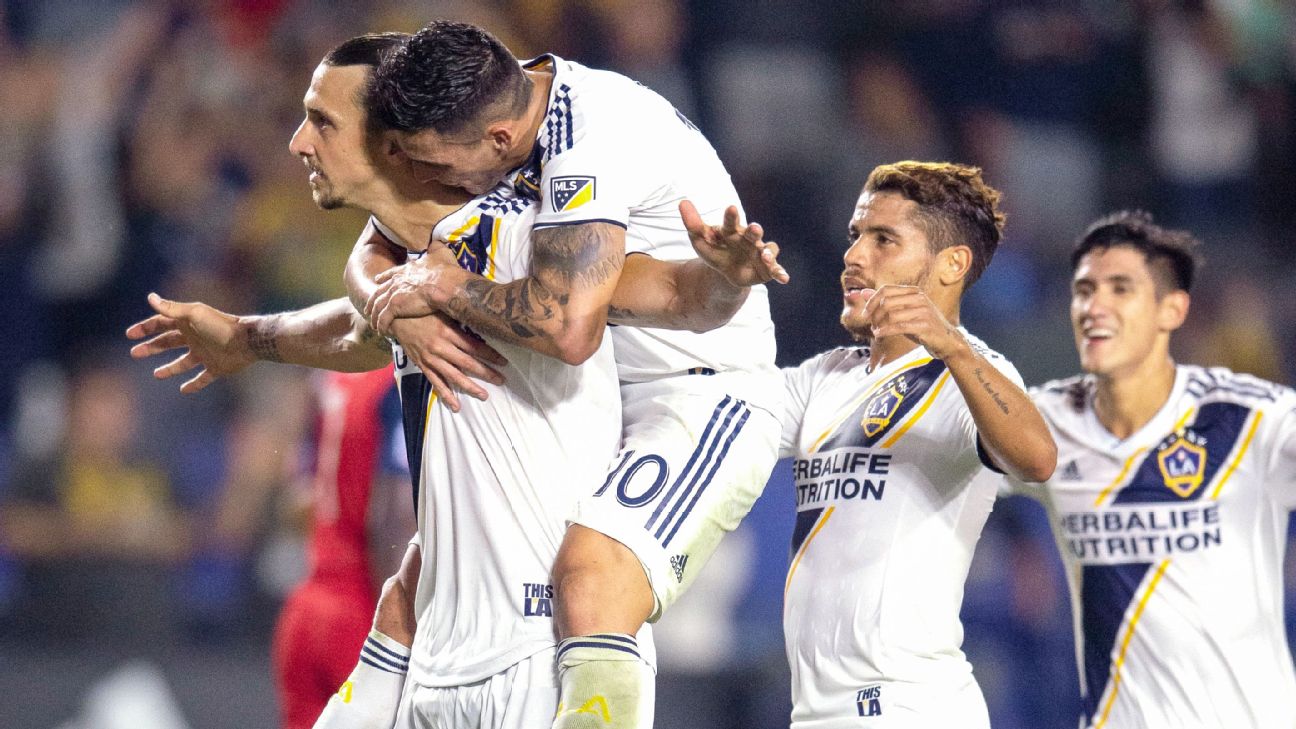 ESPN
By Arch Bell
The LA Galaxy will be looking for a second straight win when they take on the Seattle Sounders on Saturday, and Real Salt Lake's post-Mike Petke era continues at home against league leaders LAFC. Those games, plus an old-school rivalry game between the New York Red Bulls and the New England Revolution, feature in this weekend's MLS action.

Needless to say, the road was quite unkind to the LA Galaxy, who lost all three games on their road trip and suddenly found themselves barely hovering above the playoff line after a 2-1 loss to D.C. United.

Zlatan Ibrahimovic's anger seemed to be rising every minute he was on the field, and his MLS record of most shots in a game without scoring is one he'll want to forget. But a funny thing happened on the way to the Galaxy's summer collapse: They returned home on Wednesday and beat FC Dallas thanks to Ibrahimovic's double.

The big Swede earned the headlines, but in the 90 minutes against the Texans it was the play of new arrival Cristian Pavon that made the difference. The former Boca Juniors man had a hand in the first goal and then drew the penalty to set up the second score.

Ibrahimovic has played with and against the world's best and knows quality when he sees it, and hehailed the Argentine after Wednesday's affair. That on-field understanding will only get better with time, with Saturday's home date with the Seattle Sounders (10 p.m. ET, ESPN2) being the next chance. Seattle's defense is haemorrhaging goals at the moment -- nine in their past three -- so the chances will be there for the taking for Ibrahimovic and Pavon.

There is nothing quite like the sports rivalry between the cities of Boston and New York. While Red Sox-Yankees acrimony, plus Patriots-Jets animosity, have dominated that landscape, the New York Red Bulls-New England Revolution rivalry in MLS has also enjoyed its fair share of moments.

- Inter Miami FC: How the franchise is shaping up

Among the more notable ones are the Revs winning the first contest between the two on a late own goal ("The Curse of Caricola"), New York's three-goal second-half comeback in 2003 in Tim Howard's last game before transferring to Manchester United and the Revs claiming the 2014 Eastern Conference final in Thierry Henry's career finale.

Yet for the first time in several years, these two teams will meet deep into the season with a lot of stake, with the Red Bulls and Revs sitting fifth and sixth in the conference standings, respectively, making Saturday's affair (7 p.m. ET, ESPN+) at Red Bull Arena a big one for both sides.

Of the two, New England was the more active in the transfer window in picking up Gustavo Bou and has catapulted itself up the table in the summer months. Meanwhile, for the Red Bulls, the 2019 season continues to be frustratingly inconsistent, and Kaku appears to be counting down the days until he can leave for Club America.

A win here for either side would help create a bit more elbow room in the jockeying for the postseason.

The news came down late Sunday that Real Salt Lake terminated the contract of coach Mike Petke, with assistant Freddy Juarez continuing as interim boss until the end of the season. The decision from RSL brass comes at a pivotal point of the season, with the club still above the playoff line, but just by four points over FC Dallas.

On the field, RSL is one of the best-equipped squads to handle a tumultuous moment. Goalkeeper Nick Rimando and midfielder Kyle Beckerman have seen and experienced just about everything in MLS, and listening to Beckerman's tone on the radio this week in the wake of Petke's departure suggests that locker room stability will be intact.

In addition, RSL has performed well under Juarez, with three wins and a draw, including a good-looking midweek 3-0 victory over Seattle after the Petke news came down. Truth be told, RSL has had a nice look to it since Juarez stepped into coaching duties, which gives an extra level of intrigue to Saturday's home clash with LAFC (10 p.m. ET, ESPN+). A win against the league leaders and Juarez could well be on his way to having his interim tag stripped away. 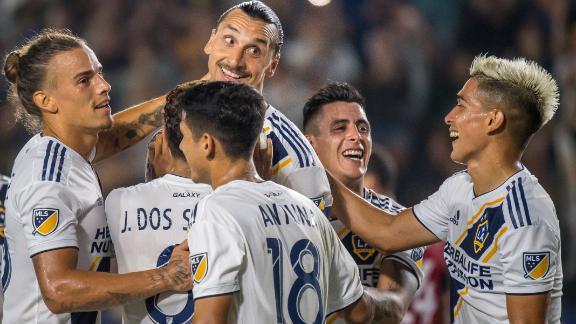 Zlatan 'not wrong' by saying Pavon is too good for MLS
Shaka Hislop says that while he doesn't understand the motive behind it, he agrees with Zlatan Ibrahimovic that new teammate Cristian Pavon is far above an average MLS player.
Report a correction or typo
Related topics:
sportsespnmajor league soccerla galaxy
Copyright © 2020 ESPN Internet Ventures. All rights reserved.
More Videos
From CNN Newsource affiliates
TOP STORIES