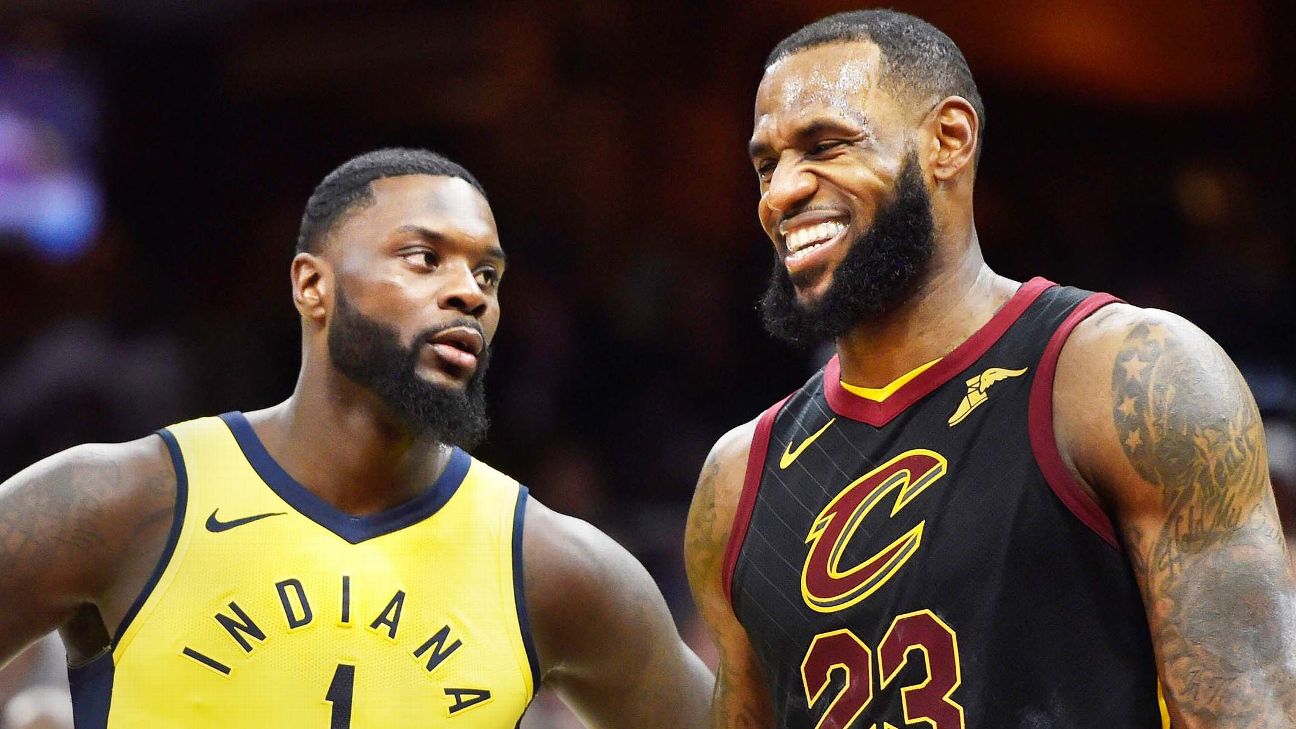 The NBA summer league in Las Vegas isn't just an opportunity for the league's rookies to get experience playing the professional game and players on the fringe of the NBA to earn their way onto rosters. It's also the closest the league gets to an industry convention, bringing together coaches and executives from all 30 teams to talk shop at a point when the dust is settling on free agency.

Here's a sampling of what those figures were discussing over the past week in the stands, concourses and the schmooze pit at the Thomas & Mack Center and Cox Pavilion on the UNLV campus.

Hits and misses from free agency

Given how favorable this summer's market figured to be for teams, it has thus far generated relatively few universally acclaimed deals -- at least in the non-max, non-DeMarcus Cousins division. One-year deals for Nemanja Bjelica ($4.45 million from the Philadelphia 76ers) and Tyreke Evans ($12.4 million from the Indiana Pacers) and a minimum contract for Nerlens Noel (one year plus a player option at the minimum salary from the Oklahoma City Thunder) got rave reviews. One scout called Bjelica a better version of Ersan Ilyasova, who agreed to a deal with approximately $14 million guaranteed from the Milwaukee Bucks after a strong finish to last season in Philadelphia.

The New Orleans Pelicans also drew praise for retooling on the fly, replacing Cousins with Julius Randle on a one-year deal with a player option for the non-taxpayer midlevel exception and getting Elfrid Payton for one year at $3 million to replace Rajon Rondo.

On the other side of the equation, the one-year deals the Lakers signed after landing LeBron James were generally panned. Rondo and Lance Stephenson don't in reality match up to the vision of putting playmakers and strong defenders around LeBron, asoutlined by Ramona Shelburne and Brian Windhorst last week.

"If the Cavs had signed those contracts [with James on the roster], they'd be getting killed," pointed out one executive.

Multiyear deals for Ilyasova and Doug McDermott (three years, $22 million from the Pacers) were unpopular, and the four-year, $37 million offer sheet that landed the Memphis Grizzlies restricted free agent Kyle Anderson was polarizing. Scouts often considered the Anderson contract an overpay, questioning whether he's quick enough to guard small forwards outside the San Antonio Spurs' defensive scheme, while members of analytics departments are higher on Anderson's basketball IQ and ability to fill out a box score.

"I wish the Bulls were in the West," joked one employee of a Western Conference team.

Who misses the playoffs in the West?

A key topic of discussion/concern for members of said West front offices is which of them was going to end up on the wrong side of the playoff line. Nine West teams won at least 46 games last season, with the Denver Nuggets finishing three games out of third place in the conference -- and also in the lottery.

If the Spurs head south after potentially dealing star forward Kawhi Leonard, that could clear one playoff spot -- though San Antonio's moves so far this summer, including using the non-taxpayer midlevel exception to add veteran guard Marco Belinelli, don't exactly suggest the Spurs are planning to rebuild.

At this point, with the Dallas Mavericks (DeAndre Jordan) and Phoenix Suns (Trevor Ariza) adding veterans to the top-three picks they landed, the Kings are the only team that can be ruled out of the West playoff race with any degree of certainty. That means trouble for several teams who are expecting to make the playoffs but end up in the lottery. On the other hand, a team that deals with early injuries could pivot to pursuing a high lottery pick -- as the Grizzlies did last season -- with relatively little competition.

As Adam Silver made waves by announcing at Tuesday's board of governors meetings in Las Vegas that the NBA is ready to make changes to its age limit, teams have been told privately by league officials not to expect that to actually happen prior to the 2022 NBA draft.

ESPN's Zach Lowe reported in June that the NBA sent out a memo indicating to teams that no change will be made prior to the 2021 draft, and it appears the following year is more likely at this stage. If that's the case, players entering their freshman year of high school this fall will in turn be the first ones to benefit from this potential rule change.

The Miami Heat have already traded an unprotected first-rounder in 2021 -- subsequently rerouted by the Suns to the 76ers at this year's draft as part of a trade up -- and the sense among plugged-in officials is that the league would prefer to make the terms of the new reality abundantly clear well before any change actually goes into place.

No team has as yet traded an unprotected 2022 first-rounder, and the only one that could potentially change hands at this point was sent by Dallas toAtlantato move up this year for Luka Doncic. That would happen only if the Mavericks pick in the top five over the next two seasons and in the top three in 2021, a distinct long shot. --Jonathan Givony

Two of the most impressive players so far in Las Vegas have been New York Knicks forward Kevin Knox (the No. 9 pick, highlighted Thursday along with second-rounderMitchell Robinson by ESPN's André Snellings) and Clippers point guard Shai Gilgeous-Alexander(the No. 11 pick). Knox and Gilgeous-Alexander played on last season's disappointing Kentucky team that began the campaign ranked No. 5 in the Associated Press poll and ended it as a 5-seed that lost in the Sweet 16.

That has led scouts to wonder whether the two players, though both lottery picks, were undervalued because of the limited floor spacing of last season's Wildcats team, which has sometimes been an issue for John Calipari's talented UK squads over the years. A similar question has been asked after the NBA success of Suns guard Devin Booker, who last week signed a five-year maximum extension, although Booker put up sterling shooting numbers as a Kentucky reserve alongside multiple future pros.

That concern hasn't consistently panned out with Kentucky players -- so far, 2017 lottery picks De'Aaron Fox and Malik Monk don't appear to have gone later than they should have, though Bam Adebayo had a strong rookie season for a No. 14 pick -- but the construction of last year's team in particular might have helped obscure the talent it contained. Alas, the market inefficiency might not last long: Calipari's incoming recruiting class, ranked second in the NCAA by ESPN Recruiting Nation, has been praised for adding outside shooting. 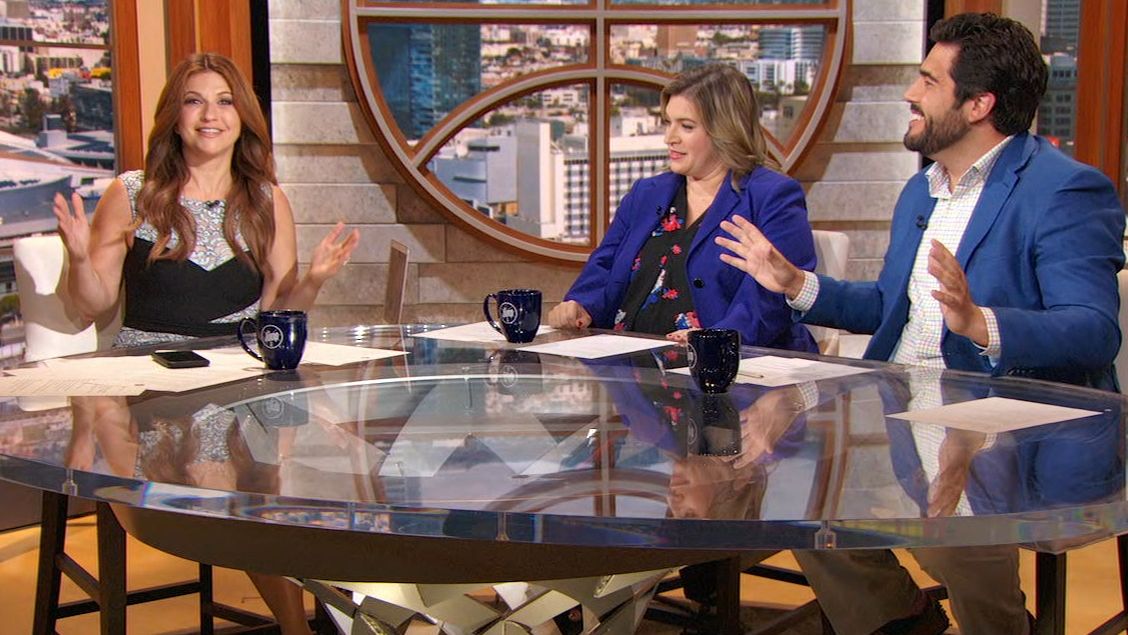 Does a Kawhi move make sense for Toronto?
The Jump crew makes sense of the Raptors becoming the betting favorites to land Kawhi Leonard and evaluate his long-term prospects up north.