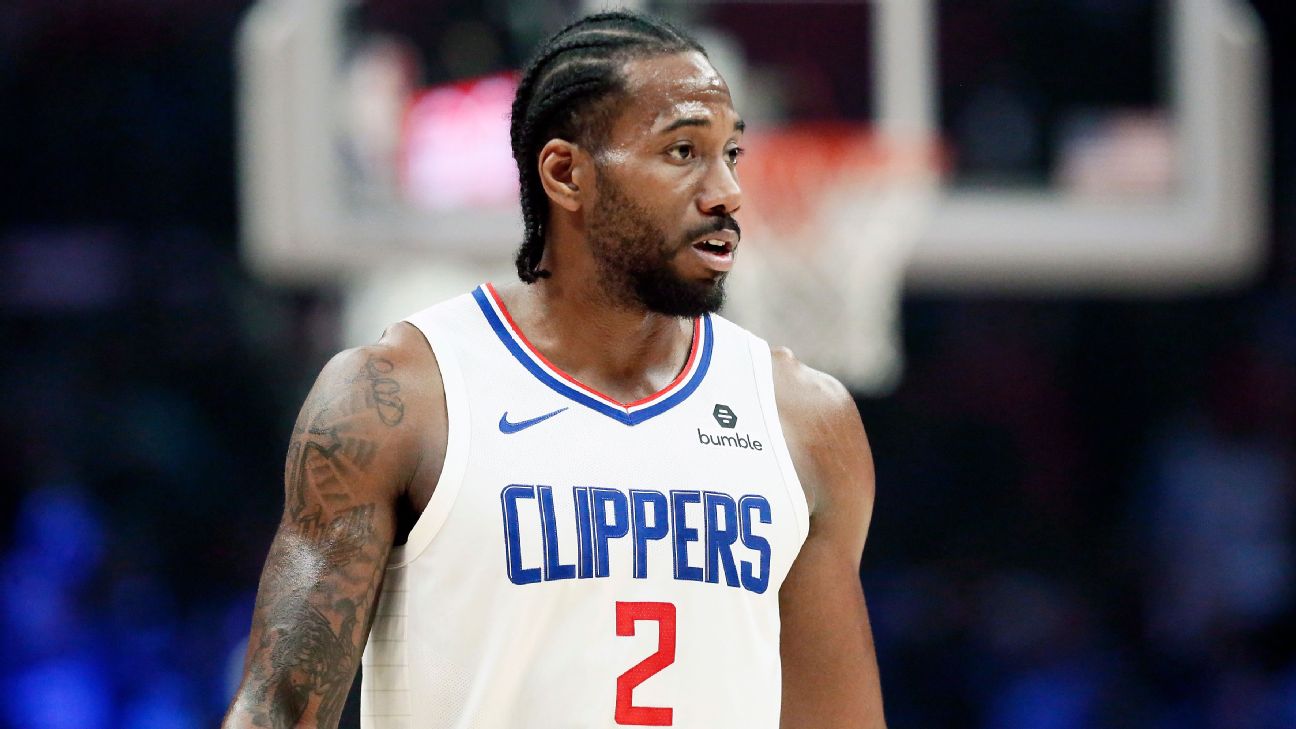 LOS ANGELES -- The NBA fined the LA Clippers $50,000 for comments made by coach Doc Rivers that "were inconsistent" with Kawhi Leonard's health.

Leonard sat out the first of a back-to-back set of games for the second time this season on Wednesday night when the Clippers lost to the Milwaukee Bucks. The NBA made it clear that the Clippers were compliant with league rules in the team's decision to sit the All-Star for load management of a knee injury.

But Rivers was asked several questions before the game about Leonard and his health. The coach told the media that Leonard "feels great," that there is no reason to be concerned and that the team has to make sure Leonard stays feeling great. The NBA then fined the Clippers for statements, include those by Rivers, that were inconsistent with Leonard's health while also detailing Leonard's knee injury.

"Following additional review of the LA Clippers not playing Kawhi Leonard in last night's game against the Milwaukee Bucks, the NBA has confirmed that the team's decision to sit Leonard for management of an injury was consistent with league rules," the league stated in a press release Thursday. "The team has reasonably determined that Leonard is suffering from an ongoing injury to the patella tendon in his left knee and has been placed by the team at this time on an injury protocol for back-to-back games."

Leonard started Thursday night and had 18 of his 27 points in the fourth quarter to lead the Clippers to a 107-101 win over the Trail Blazers in another nationally televised game.

Speaking before Thursday's game, Rivers said he was "disappointed" with the fine.

"Sometimes you agree with fines, sometimes you don't," he said. "It doesn't matter. That is the one thing I've learned."

"He's my coach, and I'm on his side," he said. "I'm not a doctor, but we're going to do what's best for me to be healthy so I can play basketball games. I can't read too much into it."

Rivers has to straddle the line between Leonard's request for privacy regarding his health and the league's stance on transparency about injuries and "load management." Asked if there is a middle ground between those two competing mandates, the veteran coach said, "I'm scared to answer. That's my answer. I just won't answer."

Before training camp, Leonard, 28, said he felt much better than he did at the same time a year earlier and that his load management would be different than how Toronto handled it when he played in a total of 60 games during the regular season. Leonard then played in 24 postseason games, averaging 30.5 points and 9.1 rebounds to lead Toronto to its first championship while earning Finals MVP honors as well.

Last week, Leonard sat out at Utah in the first of a back-to-back set of games before doing the same against Milwaukee on Wednesday. Both games were nationally televised.

Asked Thursday if he could offer any more clarity regarding Leonard's health, Rivers said, "No, I think we said it all. ... I'm not getting into it. So 'no' is the answer." 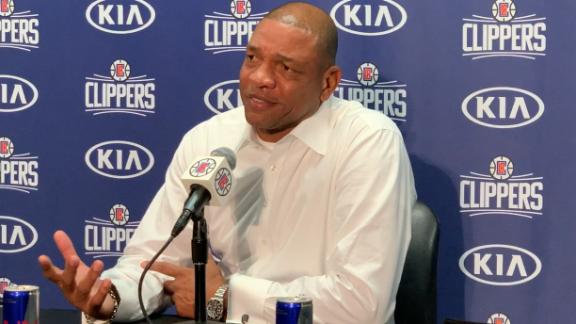 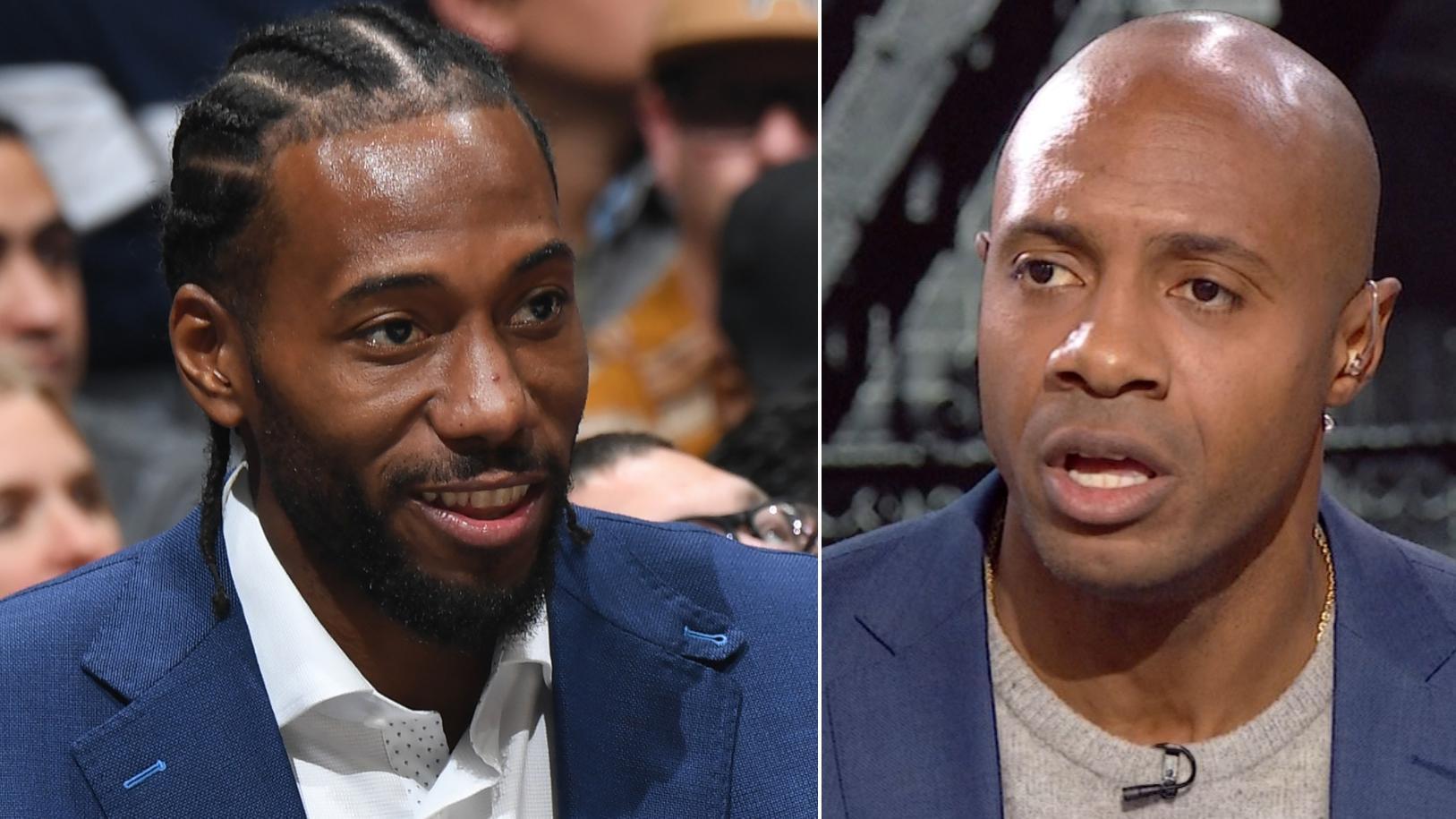 Williams: Load management is a Kawhi problem, not an NBA problem
Jay Williams explains how the NBA's load management problem is getting blown out of proportion because it pertains only to Kawhi Leonard.
Report a correction or typo
Related topics:
sportsespnnewskawhi leonardla clippersnba
Copyright © 2020 ESPN Internet Ventures. All rights reserved.
More Videos
From CNN Newsource affiliates
TOP STORIES