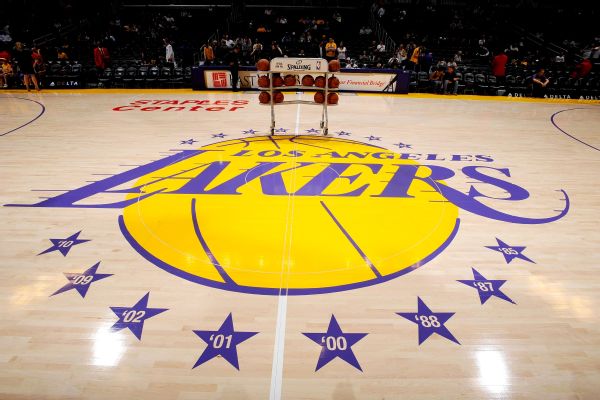 The Los Angeles Lakers on Thursday were fined $500,000 for violating the NBA's anti-tampering rule after general manager Rob Pelinka was found to have had contact withPaul George'sagent after the team had already been warned.

The league said Pelinka's contact with George's agent "constituted a prohibited expression of interest in the player while he was under contract" with the Indiana Pacers.

The fine followed an investigation, conducted by an independent law firm, after the Pacers filed tampering charges.

According to the league, the anti-tampering rule prohibits teams from interfering with other teams' contractual relationships with NBA players, including by publicly expressing interest in a player who is currently under contract with another team, or by informing that player's agent of your franchise's interest.

The league said the punishment stems from Pelinka's contact with George's agent after the NBA had already warned the team about tampering following Lakers president Magic Johnson's nationally televised comments about George on April 20.

"We respect and accept the NBA's decision regarding this matter," Pelinka said in a statement. "On behalf of the Los Angeles Lakers, I want to express our regret over this unfortunate incident to both our fans and the NBA."

The Lakers' outside counsel, Adam Streisand, also said in the statement, "The Lakers organization is pleased that this thorough investigation has been brought to a close -- and we can assure the fans that the Lakers will be hyper-vigilant going forward to make sure this is never an issue again."

George informed the Pacers in June that he planned to opt out of his contract in 2018 and intended to sign a free-agent deal with the Lakers. He was then traded to the Oklahoma City Thunder for Victor Oladipo and Domantas Sabonisin a deal that was finalized on July 6.

The possible penalties for the Lakers included a loss of draft picks, fines up to $5 million, future restrictions on acquiring Georgeand possible suspensions of offending officials.

The investigation -- conducted bythe law firm Wachtell, Lipton, Rosen & Katz -- did not reveal that an agreement was reached by both parties for George to join the Lakers.