NBA game in China played with some restrictions 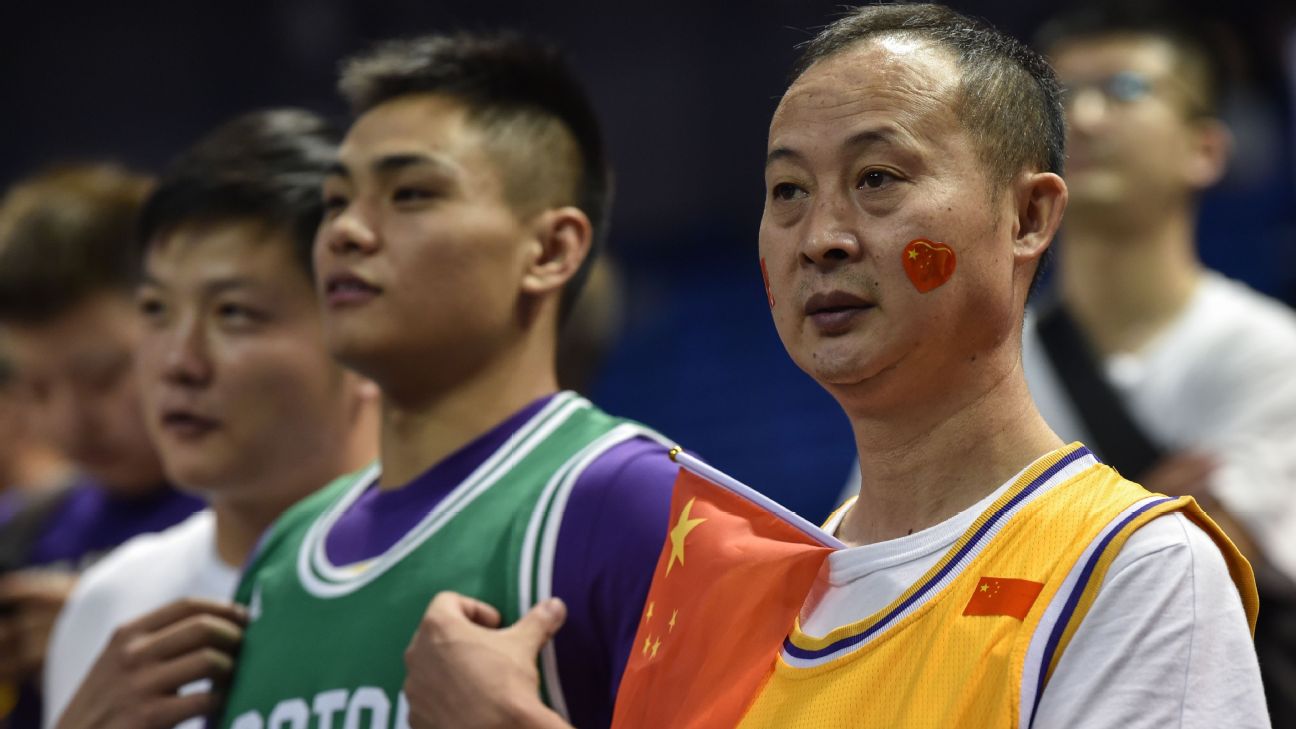 SHANGHAI -- A tumultuous week for the NBA made a shift back toward normalcy with an actual basketball game played between the Los Angeles Lakers and Brooklyn Nets on Thursday.

The Nets beat the Lakers 114-111 in the first of two exhibition games scheduled for the 2019 China Games. It tipped off at Mercedes-Benz Arena despite a string of cancellations in the past 72 hours calling the main event into question. The game was a temporary reprieve as the league continues to deal with the fallout fromHouston Rockets general manager Daryl Morey's since-deleted tweet supporting protests in Hong Kong.

While the basketball was familiar, there were still stark reminders of the situation that exists in China. Approximately 3 hours before tipoff, an NBA spokesman informed reporters there would be no media availability of any kind for either team and that commissioner Adam Silver's previously scheduled pregame news conference was canceled.

The stipulation, sources said, was at the behest of the Chinese government, which also had a hand in canceling two NBA Cares events, an NBA 2K League logo unveiling and a fan appreciation event in the days leading up to the game, causing many to question if the Lakers and Nets would make the lengthy trek and never even get a chance to face one another.

While many of the staples of a typical NBA game were on display -- such as hip-hop music blasting over the public address system and dance teams taking the court during timeouts -- there was no mistaking how different this was.

Many of the capacity crowd of 15,992 entered the arena toting hand-held Chinese flags that were being distributed outside. Before the starting lineups were announced, there was no singing of the national anthem -- not the American "Star-Spangled Banner" nor the Chinese "March of the Volunteers."

But it wasn't completely foreign.

Whatever unrest existed in the days leading up to the game was not reflected by the crowd during pregame warm-ups, as cheers erupted in the stands with every LeBron James dunk. And there were plenty of them, as the Lakers forward was clearly putting on a show.

Dwight Howard tried to get in on the act too, throwing an alley-oop off the backboard to himself that caused as much amusement from his teammates as delight from the fans when Howard's warm-up pants fell down to his ankles when he landed on the floor after the throwdown.

On the Nets side of the court, Kyrie Irving -- whose preseason debut was short-livedas he was ruled out after just one minute of playing time because he aggravated the facial fracture he suffered in an offseason pickup game -- had fans holding their cellphones in their outstretched arms, trying to capture his dribbling display on video.

James continued to elicit adulation once play started, receiving boisterous approval after scoring the first bucket of the game on a layup and later hearing "MVP!" chants when shooting free throws during the first quarter.

Of course, when James backpedaled downcourt after the free throws, he walked across a rough patch on the hardwood where a logo needed to be scrubbed from the surface in the days leading up to the game after a corporate sponsor pulled its commitment -- another reminder this wasn't just any other game.

James finished with a team-high 20 points in 25 minutes and waved to the crowd as he made his way back to the locker room after the final buzzer, stopping briefly to toss his rubber bracelets and sweat-soaked headband to fans as souvenirs.

Kentavious Caldwell-Pope, starting for the second time this preseason, missed a potential game-tying 3 as time expired, leading to a collective groan from the fans rooting for an overtime session.

Rajon Rondo added 18 points and six assists for the Lakers, and Anthony Davis had 16 points and five assists.

The Nets and Lakers will travel to Shenzhen to play again Saturday.

A league official told ESPN he was unsure if the same media ban would be in place then. 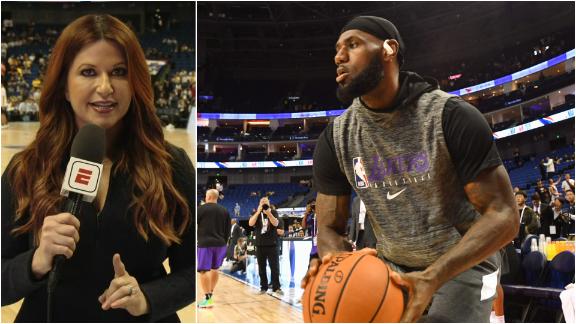