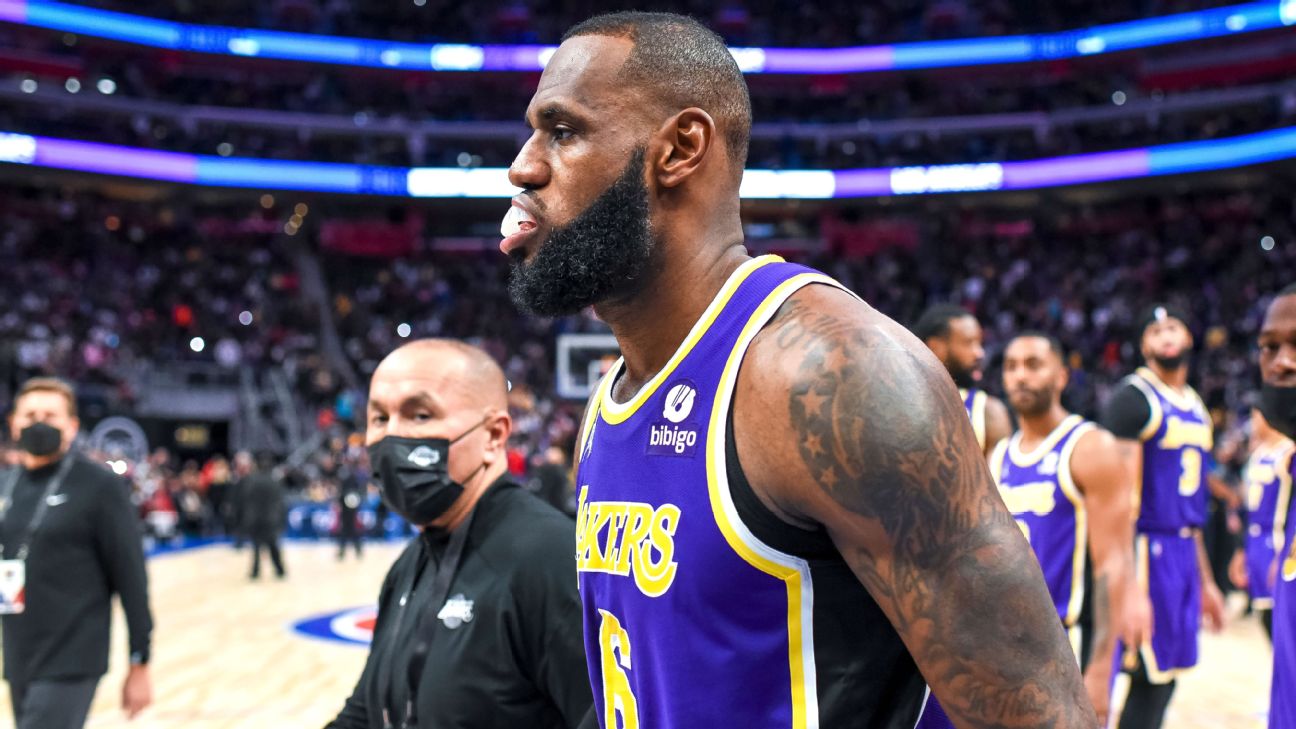 Los Angeles Lakers superstar LeBron James has been suspended one game for "recklessly hitting" Detroit Pistons center Isaiah Stewart in the face during their altercation in Sunday's game, the NBA announced on Monday.

Stewart has been suspended two games for "escalating an on-court altercation by repeatedly and aggressively pursuing" James, who will serve his suspension on Tuesday when the Lakers visit theNew York Knicksat Madison Square Garden.


Stewart will miss the Pistons' home game against Miami on Tuesday and their game Wednesday at Milwaukee. James will forfeit about $284,000 in salary, while Stewart will lose about $45,000.

The Lakers and Pistons meet again Sunday in Los Angeles, and James and Stewart will both be eligible to play.

"It's unfortunate. We all know that LeBron's one of the classiest guys in the league and plays the game the right way at all times," Lakers coach Frank Vogel said before Tuesday's game in New York. "The league has their decision to make. It's really 100% out of our control, so it doesn't really matter what we think about it.

"He wanted to play. I don't really want to get into it more than that."

The incident in Sunday's game happened in the third quarter as James and Stewart were jostling for position during a free throw. Their arms appeared to get intertwined and James swung his elbow, striking Stewart, who quickly had blood streaming from above his eye.

Cooler heads seemed to prevail, for a moment. Stewart was guided away from the spot where the contact occurred by teammates and coaches, though he appeared to become more incensed along the way. He then tried to double back multiple times and run toward James.

A number of people again blocked his path and made sure the incident didn't get uglier. Stewart was assessed two technical fouls, James a flagrant foul 2, and both players were ejected.


Lakers big man Anthony Davis said he was surprised that James received a suspension, describing the strike to Stewart's face as "an accident."

"I don't think anyone thought he was going to be suspended, to be honest. ... It was an accident. I mean, he accidentally hit [Stewart] in the face. But I guess the report came out that his hit to the face caused an incident, which is weird because he can't control how a guy's gonna react. I mean, guys get hit in the face all the time, and we're saying that caused the incident.

"I get hit in my face probably more than anyone, and if I go off and do all that, the other guy who hit me in the face is gonna get suspended as well? It was strange. But there's nothing we can do about it."

It's the first suspension in the 19-year career of James, who has won four NBA titles with three teams. The Lakers and Pistons meet again Sunday in Los Angeles.

Information from The Associated Press was used in this story. 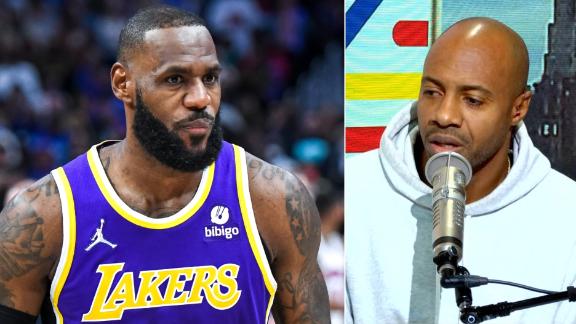 Why J-Will says the NBA got the LeBron and Isaiah Stewart suspensions wrong
Jay Williams explains why he believes LeBron James should have been given a bigger suspension than Isaiah Stewart. 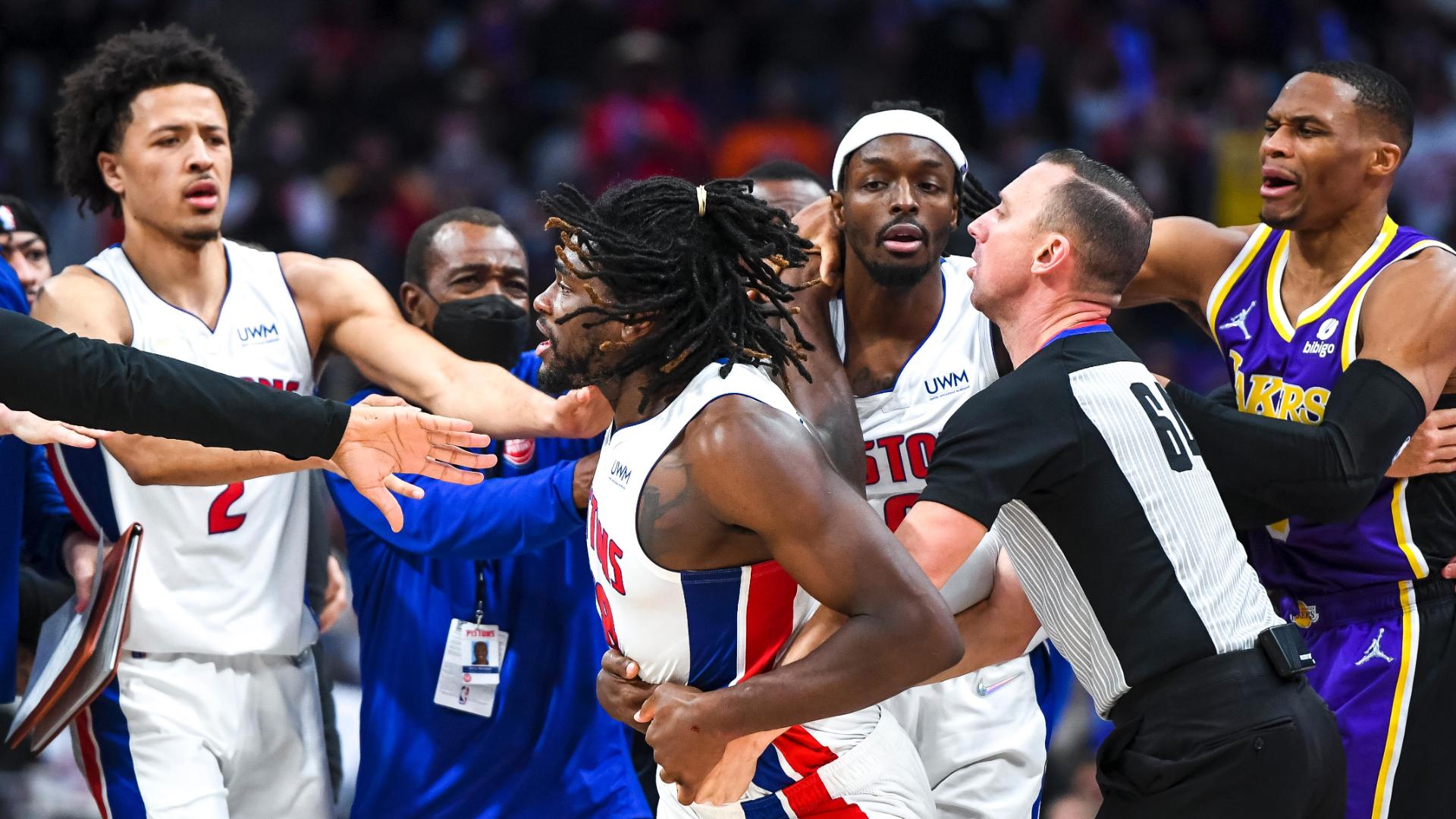