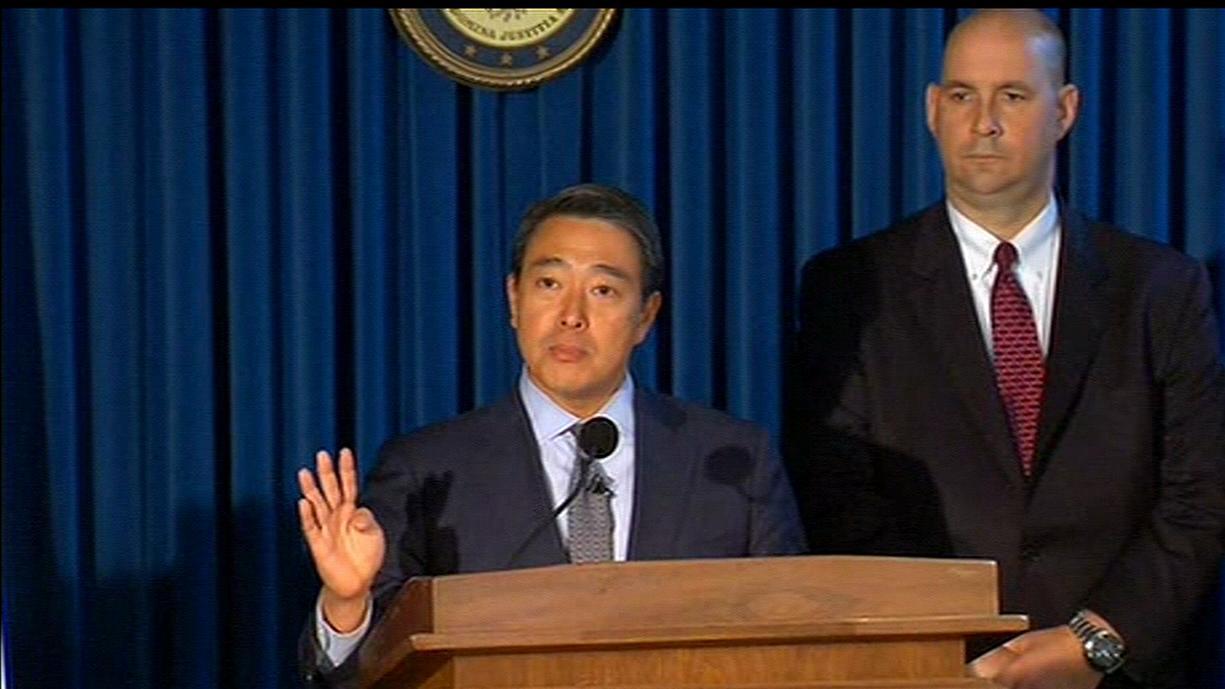 Four assistant basketball coaches from Arizona, Auburn, Oklahoma State and Southern California were charged Tuesday morning in a federal corruption investigation, and that might be only the tip of the iceberg in a three-year FBI probe that focused on coaches being paid tens of thousands of dollars to steer NBA-bound players toward sports agents, financial advisers and apparel companies.

Person was released on $25,000 bail. Bland appeared in a Florida court, did not enter a plea and said he needs a lawyer. Prosecutors recommended Bland be released on $100,000 bail with the understanding he must appear Oct. 10 in federal court in New York for another hearing. Richardson appeared in U.S. District Court in Tucson, Arizona, and was released on a $50,000 bond.

The offices of ASM, which represents NBA players, were raided Tuesday, sources confirmed. Phone lines have been cut off and employees were told not to come to work.

"For the 10 charged men, the madness of college basketball went well beyond the Big Dance in March," said Joon H. Kim, acting United States Attorney for the Southern District of New York, during a Tuesday news conference. "Month after month, the defendants exploited the hoop dreams of student-athletes around the country, allegedly treating them as little more than opportunities to enrich themselves through bribery and fraud schemes."

The FBI conducted an elaborate undercover operation, starting in 2015, and managed to keep it a secret. The NCAA wasn't made aware of the investigation until Tuesday morning. Using wiretaps, surveillance video, undercover agents and cooperating witnesses, the FBI was able to document coaches accepting bribes to steer their players to certain financial advisers and/or business managers. In other cases, high-ranking Adidas employees worked with others to pay prospective student-athletes' families to ensure the players signed with Adidas-sponsored schools and then signed with Adidas once they turned pro, the complaint alleges.

FBI assistant director Bill Sweeney had a warning Tuesday for other coaches who might be involved in similar schemes, saying: "We have your playbook. Our investigation is ongoing. We are conducting additional interviews as we speak." The FBI and U.S. Attorney's office said they have established a hotline for information related to the investigation.

Kim said the managers and financial advisers were "circling blue-chip prospects like coyotes" and that "employees of one of the world's largest sportswear companies [was] secretly funneling cash to the families of high school recruits."

Louis Martin "Marty" Blazer III, a former Pittsburgh financial adviser who was accused of stealing $2.35 million from five clients by the Securities and Exchange Commission, was the cooperating witness who helped the FBI in its investigation of the basketball coaches and other defendants, according to U.S. Department of Justice documents obtained by ESPN.

Blazer, who founded Blazer Capital Management, was accused of investing money into movies and entertainment ventures without his clients' knowledge between 2010 and 2012. As part of his plea agreement with the U.S. Attorney's office, Blazer agreed to plead guilty to securities fraud, aggravated identity theft, false statements and documents, and two counts of wire fraud, according to the Sept. 19 cooperation agreement.

Among other charges, Blazer was accused of "a scheme to commit wire fraud in or about 2000 through in or about 2013 by making payments and loans to NCAA athletes in order to induce the student-athletes to retain the defendant as a financial advisor and/or business manager."

The allegations against the unnamed school in Kentucky include payments of $100,000 from Adidas to the family of an unnamed player, identified as "Player-10," to ensure he signs with the school.

According to the complaint, Gatto, Code, Dawkins and Sood worked together to funnel $100,000 to the player's family in early June, and Dawkins told the others that he did so at the request of a Louisville coach. "Player-10," who is described in the complaint as a top recruit, is believed to be Brian Bowen, a five-star guard/forward who signed with Louisville on June 5. The FBI said telephone records show Gatto spoke directly with the unnamed coach multiple times in the days before the player publicly committed to play for the Cardinals.

The complaint said another high school player was paid to sign with the Cardinals, and Dawkins paid the money by funneling it through Augustine.

"These allegations come as a complete shock to me," Louisville coach Rick Pitino said in a statement. "If true, I agree with the U.S. Attorneys Office that these third-party schemes, initiated by a few bad actors, operated to commit a fraud on the impacted universities and their basketball programs, including the University of Louisville. Our fans and supporters deserve better and I am committed to taking whatever steps are needed to ensure those responsible are held accountable."

The FBI alleged Gatto, Code, Dawkins and Augustine attempted to broker a deal to send another high school player to Miami, an Adidas-sponsored school, for $150,000. According to the complaint, "the payments from [Adidas] to Player-12 were allegedly requested specifically by a coach at [Miami] (Coach-3), who allegedly called Gatto directly and who, according to Dawkins, Code, and Augustine, 'knows everything' and, in particular, 'knows something's gotta happen for' Player-12 to commit to attending University-7."

Person, a former Auburn basketball star, is accused of accepting $91,500 in bribes to steer two players toward a financial adviser. He said he gave more than $18,000 to the players' families. Person was suspended without pay, effective immediately, Auburn officials announced Tuesday afternoon.

"This morning's news is shocking. We are saddened, angry and disappointed," the school said in a statement. "We are committed to playing by the rules, and that's what we expect from our coaches. In the meantime, Auburn is working closely with law enforcement, and we will help them in their investigation in any way we can."

Evans, the Oklahoma State assistant, is accused of soliciting $22,000 from Blazer and Sood to steer two of his players toward them. Richardson was accused of accepting more than $20,000 from them, and Bland received about $13,000, according to the complaint. Evans was suspended with pay.

Arizona said Richardson had been suspended immediately and relieved of all duties. In a statement, the university said it was "appalled" by the allegations.

USC athletic director Lynn Swann said in a statement, "We were shocked to learn this morning through news reports about the FBI investigation and arrests related to NCAA basketball programs, including the arrest of USC assistant coach Tony Bland. USC Athletics maintains the highest standards in athletic compliance across all of our programs and does not tolerate misconduct in any way. We will fully cooperate with the investigation and will assist authorities as needed, and if these allegations are true, we will take the needed action."

Later on Tuesday afternoon, USC vice president for compliance Mike Blanton said in a statement that the university had hired former FBI director Louis J. Freeh to assist it in conducting an internal investigation into the matter.

Oklahoma State issued a statement Tuesday saying, "We were surprised to learn this morning of potential actions against one of our assistant basketball coaches by federal officials. We are reviewing and investigating the allegations. We are cooperating fully with officials. Let it be clear we take very seriously the high standards of conduct expected in our athletic department. We will not tolerate any deviation from those standards."

School officials who have spoken with ESPN's Jake Trotter say they didn't get advance warning of the arrests. They found out through news reports.

The Oklahoma State coaching staff, including Evans and head coach Mike Boynton, have been on the road recruiting but were called back to Stillwater. Athletic director Mike Holder, who was attending the Big 12 meetings in Washington, is also returning to the school.

"The nature of the charges brought by the federal government are deeply disturbing," NCAA president Mark Emmert said in a statement. "We have no tolerance whatsoever for this alleged behavior. Coaches hold a unique position of trust with student-athletes and their families and these bribery allegations, if true, suggest an extraordinary and despicable breach of that trust. We learned of these charges this morning and of course will support the ongoing criminal federal investigation."

In a statement Tuesday, Adidas said it was unaware whether Gatto was allegedly arranging to pay high school players. "Today, we became aware that federal investigators arrested an adidas employee," the company said. "We are learning more about the situation. We're unaware of any misconduct and will fully cooperate with authorities to understand more."

Person, 53, is Auburn's associate head coach; he joined the staff in April 2014. Person averaged 18.3 points per game in four seasons at Auburn and was the NBA Rookie of the Year for the Indiana Pacers in 1987. He played for five NBA teams over 13 seasons.

Evans joined the Oklahoma State staff last season and was promoted to associate head coach and recruiting coordinator for the upcoming season. He coached previously at South Carolina and Kansas State. He averaged 8.5 points as a senior for Drake in 2000-01.

Richardson joined the staff at Arizona in the spring of 2009. He played at the University of Pittsburgh at Johnstown.

Bland, an associate head coach, joined the USC staff in 2013-14. He played for Syracuse and San Diego State.

Information from ESPN's Jeff Borzello, Myron Medcalf and The Associated Press was used in this report. 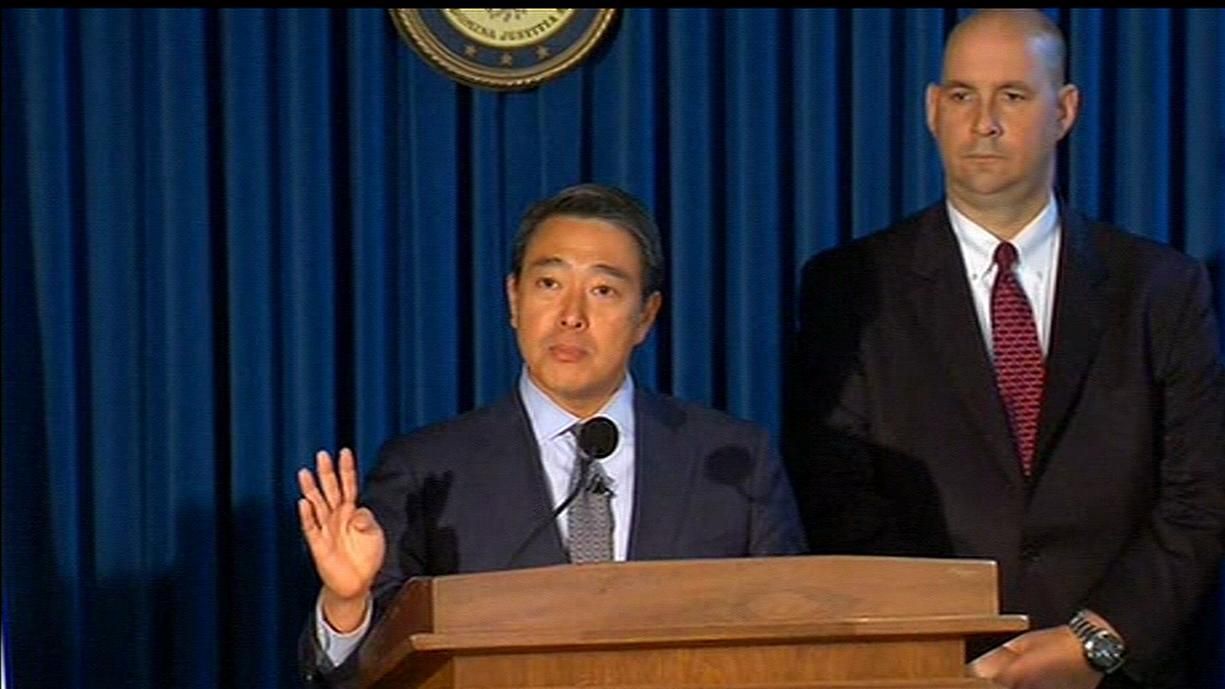 U.S. Attorney: Picture painted by charges is not a pretty one
Joon H. Kim, U.S. Attorney for the Southern District of New York, details the corruption and bribery charges brought by the FBI against multiple people, including NCAA assistant basketball coaches. 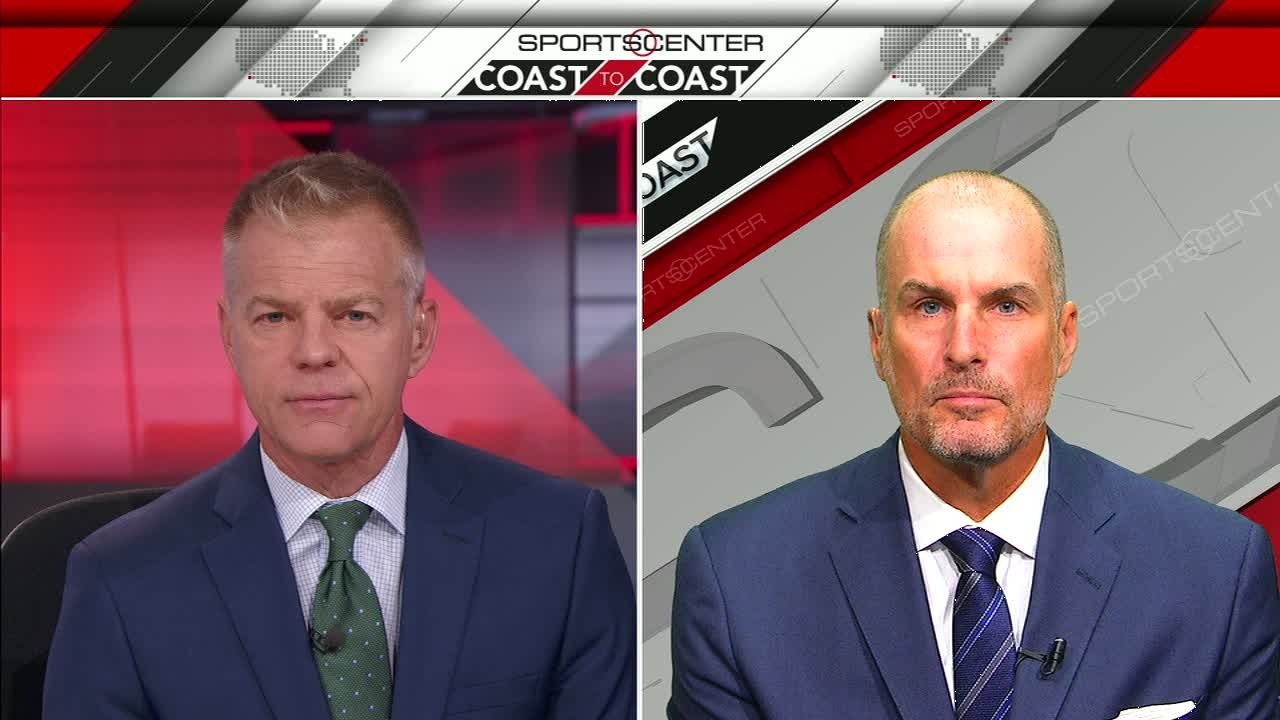 Bilas on fraud charges: This isn't a typical NCAA rules violation
Jay Bilas explains how the federal prosecution of fraud and corruption in college basketball differs from previous instances of impropriety in the sport. 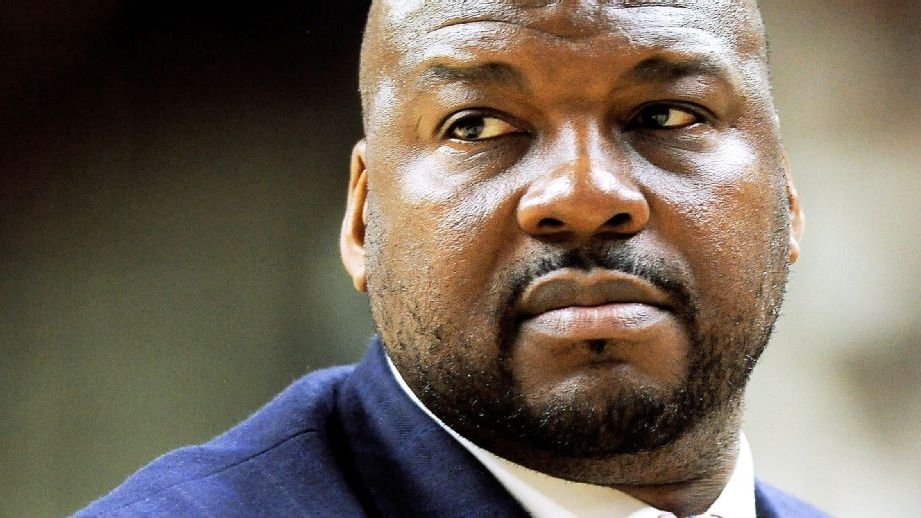 Bilas on corruption probe: 'This is an unusual situation'
Jay Bilas reacts to fraud and corruption charges being levied against coaches at USC, Auburn, Oklahoma State and Arizona, as well as an Adidas official. 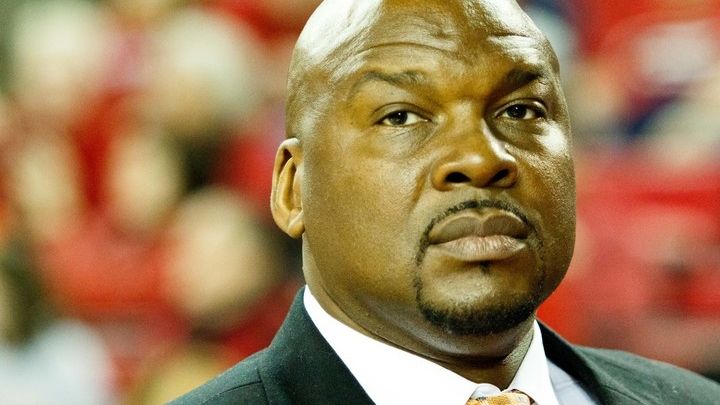