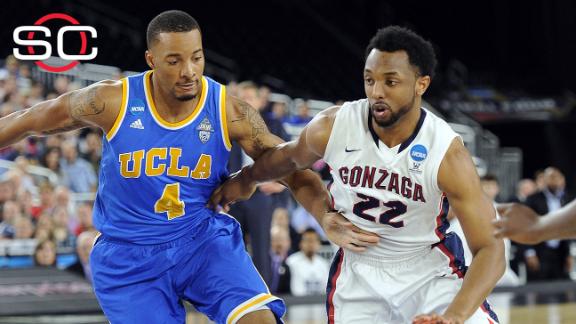 College basketball might finally be picking up the pace.

The NCAA men's rules committee announced a range of rules proposals Friday -- including a 30-second shot clock, an extension of the restricted-area arc and fewer second-half timeouts -- it hopes will accelerate a game that has faced widespread criticism for increasingly paltry scoring and too-frequent stoppages throughout the past decade.

"The areas of concern in our game have been about pace of play, about scoring, about increased physicality defensively," said Rick Byrd, NCAA rules committee chairman. "There are concerns about how long it takes to play our games sometimes, particularly as we've introduced review in the last two minutes. I think we've addressed all these areas as best we can."

The shot clock was last reduced, from 45 to 35 seconds, in 1993-94. The women's college game uses a 30-second clock. In 2013, the rules committee changed officiating emphases designed to reduce physical play.

After the first brief uptick in scoring averages the next season, 2014-15 was the lowest-scoring in the sport's history -- the culmination of a decadeslong trend toward ever-slower play.

In 2014-15, teams averaged just 64.8 possessions per game, by far the lowest number since 2002, when KenPom.com began tracking adjusted tempo statistics. Even as offenses used those possessions more efficiently, the reduction in overall possessions per game left overall scorelines dwindling. Since 2000, scoring has decreased in every season but two. Media attention to the issue, and calls for reform, grew loudest last season

In March, the NCAA experimented with the new shot clock and restricted area rules in the 2015 NIT. Byrd said the NIT data did not "indicate a negative effect in terms of scoring and possessions."

"People who are advocates of the 35-second shot clock could say they didn't show a huge bump, either," Byrd said. "But we don't think it's going to cause a huge bump. We think it's part of the puzzle, just a piece, that helps us get the game headed in the right direction."

Alongside the larger restricted area, perhaps the most important piece of the rules committee's puzzle is its renewed calls for officials to hew to the 2013 changes policing physical play. The committee explicitly named perimeter defense on the dribble, physicality in post play, screening and movement away from the ball as its most important officiating maxims.

The committee also hopes to speed up games through the reduction of stoppages. It proposed eliminating one timeout per team in the second half of games. It also voted to disallow coaches from calling timeouts from the bench and to blend any timeouts called within 30 game seconds of a planned television timeout into the television timeout itself.

Byrd said each proposal was formed in consultation with officials and coaches. The shot clock change was the subject of the fiercest committee debate, as some members wondered whether a 30-second clock might yield some advantage to the defense. Ultimately, 64 percent of Division I coaches supported the 30-second shot clock, according to the NCAA's polling, Byrd said. The committee saw similar levels of support for other proposals, which it will continue to monitor in the years to come.

"We kind of had a charge, I don't know who from, but there were several issues," Byrd said. "You've heard them and talked about them. The last two minutes of the game and how long they take, for example. We've tried to address them as best we can without changing our game as we know it, and changing the way guys coach the game."

The rules proposals will be sent for approval from the NCAA's playing rules oversight panel, which meets in June.