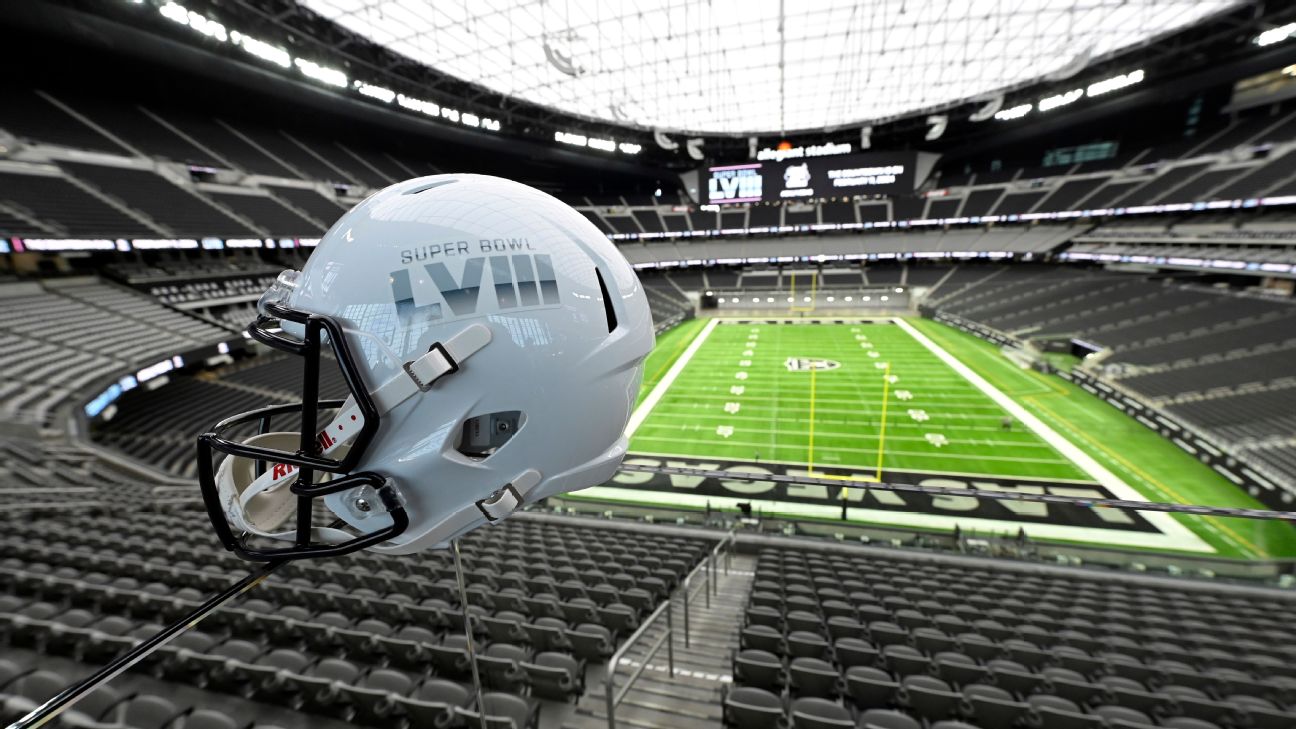 LAS VEGAS -- It wasn't that long ago when Las Vegas was banned by the NFL from advertising itself as a tourist destination during Super Bowl broadcasts. But with theRaidersin their second season calling Sin City home, and both the Pro Bowl and the NFL draft coming to town in the next few months, the league has found a new home -- one that will now host the Super Bowl.

The official announcement Wednesday morning, which came after NFL owners unanimously (32-0) approved Las Vegas' Allegiant Stadium as the site of Super Bowl LVIII on Feb. 11, 2024, cements a certain acceptance of the gambling mecca.


"They've obviously accepted legalized gambling, but it also says an awful lot about Las Vegas," said Nevada Gov. Steve Sisolak, who attended a media conference at the stadium to make the announcement official. "I mean, Las Vegas is not only the entertainment capital, it's a sports capital of the world. It's becoming. We're looking at other sports coming in here because it's a great market.

"I mean, there's no better venue to hold the Super Bowl than Allegiant Stadium. And hopefully it will be held here more than once. And I can't wait for that day to come. But hopefully, the Raiders are playing in it. We'll just have to wait and see what happens in two years."

Since 2017, the NHL's Vegas Golden Knights and the Raiders have started playing here, with MLB'sOakland Athleticsopenly flirting with Las Vegas, and the NBA and Major League Soccer the subject of speculation to follow.

Super Bowl week is expected to have a $500 million economic impact, with an additional $70 million in tax revenue, for a city that is traditionally already full for the game due to the sports betting element.

The next two Super Bowls are scheduled for SoFi Stadium in Inglewood, California, on Feb. 13, 2022, and State Farm Stadium in Glendale, Arizona, on Feb. 12, 2023. Super Bowl LVIII was originally scheduled to be held in New Orleans' Caesars Superdome but was pushed back a year due to the NFL adding a 17th regular-season game that resulted in a scheduling conflict.


As such, Las Vegas being awarded the game marks the shortest time between a site announcement and kickoff.

Jeremy Aguero, the Raiders' chief operations and analytics officer and a member of the Las Vegas Super Bowl host committee, suggested bleachers could be erected on the landing area in front of the Al Davis Torch, in addition to filling in seats throughout the stadium.

Raiders owner Mark Davis joined the news conference from Dallas via virtual call and thanked Nevada "visionaries" Sheldon Adelson, Steve Wynn, former Nevada governor Brian Sandoval and Sisolak. But he gave his biggest thanks to former Raiders running back and longtime Las Vegas-area resident Napoleon McCallum -- "the one who really made this thing happen," when it came to the Raiders initially moving to Las Vegas.

"I'm just as excited as all hell for the Raider organization, the Raider Nation and Las Vegas and the state of Nevada as a whole," Davis said. "When you're not winning on the field, it's nice to win off it."