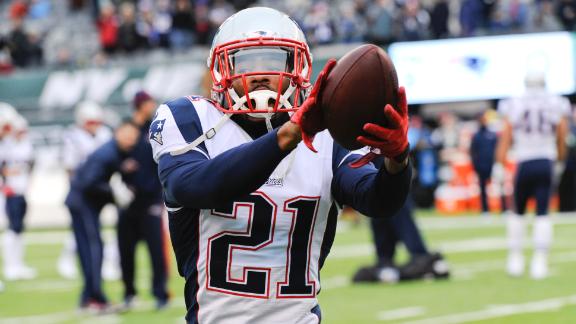 The NFL Players Association has filed a complaint against the New England Patriots for not allowing Malcolm Butler to participate in on-field activities because the cornerback missed a voluntary session on May 26.

The complaint by the union was filed Wednesday and done without Butler's approval following an initial review, sources told ESPN. Butler became renowned for his interception of a Russell Wilson pass that secured the Patriots' Super Bowl win over the Seahawks.

NFLPA spokesman George Atallah said Thursday that the union has a responsibility to pursue all violations of the collective bargaining agreement (CBA) consistently.

The union cited Article 21 of the CBA, alleging the Patriots disciplined a player for missing a voluntary workout, which indicated the workouts were not voluntary, and, as the CBA states, an absence from a voluntary activity cannot result in "adverse consequences affecting his working conditions."

Butler missed the Patriots' voluntary organized team activity (OTA) on May 26, per the union complaint, and was punished by not being allowed to participate in on-field practices from May 28 through June 5. Butler reportedly had a travel problem that caused him to miss the team's OTA session on May 26.

Butler reportedly was allowed to participate in team meetings and in strength workouts, but not in on-field practices during the period cited in the complaint.

The complaint was filed with the NFL Management Council and requests all video tape, any other recorded evidence and documentation that would include the team's player attendance and participation lists.

The union has asked that all information it has requested be provided no later than July 1.

NFLPA files complaint on behalf of Butler
John Clayton reacts to the news that the NFL Players Association has filed a complaint against the Patriots for preventing Malcolm Butler from participating in on-field activities for missing a voluntary session.