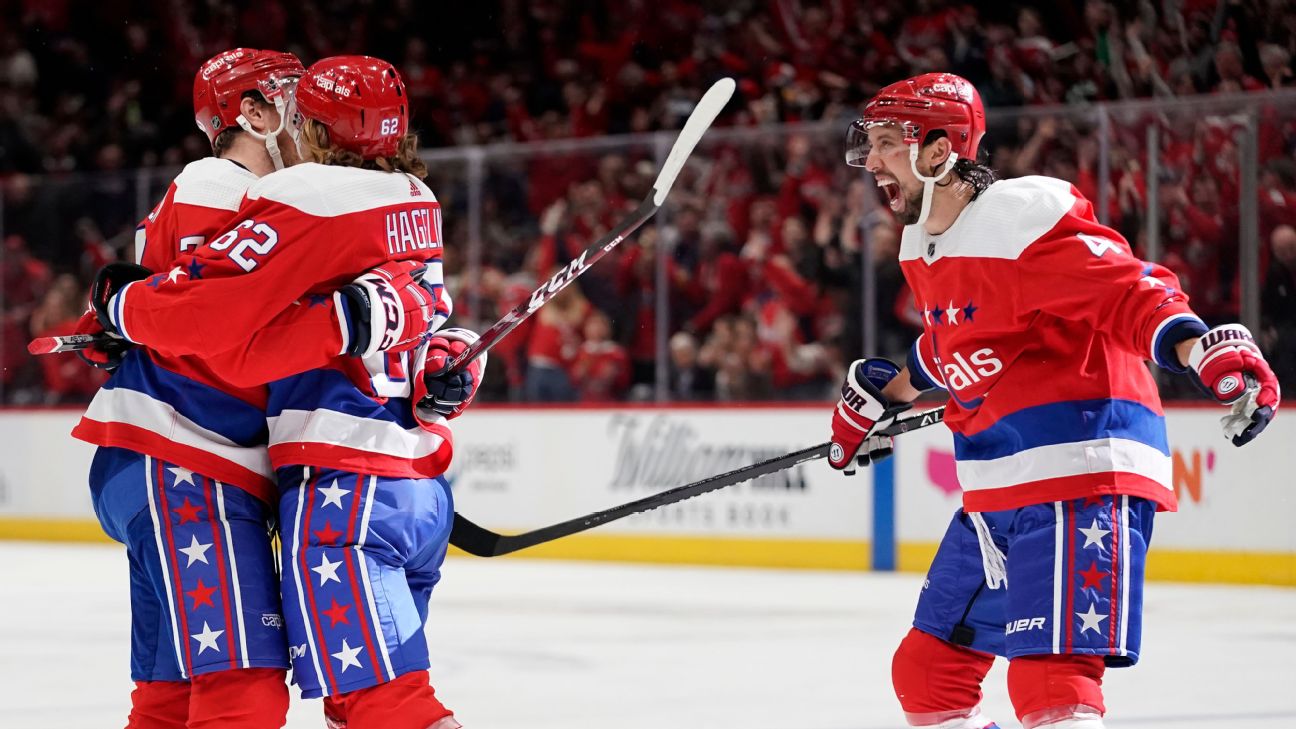 Hockey is coming back this winter! On Sunday, the NHL and NHLPA announced the formalized plans for the 2020-21 season -- though it's really the 2021 season, since it's beginning on Jan. 13.

Things are going to look different though, as the league navigates playing 868 games over 116 days amid the ongoing COVID-19 pandemic.


Here's everything we know -- and what we still need to know -- about how the league plans on pulling it off.

When will the season begin?

Training camps will begin on Jan. 3, though the seven teams that did not qualify for the 2020 postseason are allowed to open camp on Dec. 31. Teams are able to invite 36 skaters and an unlimited number of goalies to camp.

Over the past several weeks, players have been migrating from their offseason homes to playing cities; that includes several players (like Toronto's Joe Thornton) who had been playing for European teams to stay sharp during the extended pause. There are still some players who need to travel back -- and potentially serve quarantines before getting on the ice, depending on local restrictions. According to the agreement, those players would receive per diems as they quarantine.

Because of the condensed schedule, there won't be any preseason games. Jumping straight into game action could mean we get some wonky upsets the first couple of weeks, but hey, nothing could be wonkier than 2020. The NHL says it will release full schedules "in the coming days."

Here are the new divisions:

As you can see, the NHL opted not to get too creative with names -- fans will inevitably call the all-Canadian group the #WeTheNorth Division, borrowing from the NBA's Toronto Raptors.

The realignment was necessitated by the Canadian border remaining closed to nonessential business, the same reason why the Raptors are beginning their season in Tampa, Florida. But there's an added benefit, too: The NHL shifting exclusively to intradivisional play for this season also minimizes travel, which helps reduce costs, as well as potential spread of the virus.

Where will teams play?

The hope is for all teams to play in their own arenas, though we've already hit some snags. The biggest issue so far has come in Canada. Some provincial health authorities aren't enthused about entire teams flying in and out of provinces throughout the year.

According to sources, British Columbia, Ontario and Quebec have yet to sign off on their teams (the Canucks, Maple Leafs, Senators and Canadiens) hosting home games. Conversations between those governments and the NHL will continue this week. If agreements can't be reached, it's possible those teams could play in a hybrid hub (most likely in Edmonton, where the NHL conducted a bubble this summer and awarded its 2020 Stanley Cup) or even temporarily relocate the Canadian teams to the U.S. for the season. We should know more this week.


The Sharks, meanwhile, are unable to open training camp in San Jose due to Santa Clara county's ban on contact sports, which runs through at least Jan. 8. On Sunday, Sharks GM Doug Wilson said his team would begin training camp in Scottsdale, Arizona -- at the Coyotes' training facility -- and the plans remain fluid after that.

"I think the county officials are doing what they think is in the best interest of our community, and we certainly respect that," Wilson said. "It's our hope that we get to a place that we can get our team back to San Jose and in the Bay Area for the start of the regular season, but a lot of those decisions are out of our hands."

The NHL also pledges to remain "flexible and adaptable" and could even pivot to hub cities at some point if things go awry.

"Depending on prevailing conditions both in local markets and across North America, the League will be prepared to play games in one or more 'neutral site' venues per division should it become necessary," the NHL said in a statement Sunday.

Are fans allowed at games?

The NHL isn't going to have a blanket policy for how many fans will be allowed in arenas, instead following governmental guidance from market to market. Expect it to look similar to what we've seen in the NFL this season, with varying levels of attendance from team-to-team -- and situations in markets constantly evolving, even on a week-by-week basis.

"Most arenas will not, at least in the initial part of the season, be able to host fans," the NHL said in a statement Sunday.

However there are some markets that will allow fans from the jump, including the Dallas Stars. On Sunday, Stars president and CEO Brad Alberts told reporters that Dallas will have fans at home games, with a reduced capacity of around 5,000 people, similar to the amount of fans at watch parties during the Stars' run to the Stanley Cup Final in September. For context, the Stars' home arena typically can host about 18,500 fans.

Texas is currently allowing its professional sports teams to have 50% capacity at indoor events, though there are some social distancing and spacing requirements.

What happens if a player wants to opt out?

The NHL and NHLPA plan to announce their health and safety protocols in the coming days, so we'll get a better sense of what the day-to-day requirements of the season will look like for players. Of course, players earn large salaries by playing a game for a living -- but they're human, too.

As one veteran player told me recently, the one thing that keeps him up at night is the thought of bringing COVID-19 home to his family. The player has a young child who is immunocompromised, and he has been extremely cautious with his interactions over the last several months. As safe of an environment as the NHL can create, he will inherently assume more risk by going to the rink, staying at hotels and traveling across as many as eight cities. This player said he intends to play this season, but I share his story as a reminder that this season will require sacrifices and difficult decisions.

According to the NHL and NHLPA protocols, players must provide at least seven days before training camp to declare their intention to opt out. So the deadline is Dec. 24 for players on the Sharks, Ducks, Kings, Devils, Sabres, Senators and Red Wings, and Dec. 27 for everyone else. There is no obligation for teams to pay those players' salaries, and teams will also have the option of tolling (rolling over) the players' contract.

If a player chooses to opt out for medical reasons -- if it is deemed that he or an immediate family member has heightened risk -- the situation is more complex. Those players wouldn't be paid salary or bonuses for the duration of the time they opt out, but they would receive a monthly stipend. Teams won't toll contracts for those players if it is initiated on or after Feb. 28, though prior to that, the team would have the option to toll the contract.

A handful of players opted out of this summer's postseason, and there was one-high profile case of a player choosing to leave the bubble after the tournament began (Bruins goalie Tuukka Rask, citing a family emergency). It's unclear how many players will choose to sit out 2021, though newly signed Capitals goalie Henrik Lundqvist announced last week he will not be playing this season due to a heart condition.

What do we know about the NHL and the COVID-19 vaccine?

The NHL has been in contact about procuring the vaccine from private companies to distribute to players, coaches and other staff, but nothing is imminent. As they did with securing COVID-19 tests over the summer, the NHL is extremely image conscious about jumping the line in front of public need, so this is something that wouldn't come down for a few months.

The NHL has never previously mandated a vaccine to players. Generally, the league will send recommendations to teams and players to get vaccines -- such as the flu shot, or during the mumps outbreak a few years ago -- and doctors who can administer the vaccine will come to training camp or the team facility. However, it is up to the player whether he wants to be vaccinated.


It's a discussion the NHL is having with the NHLPA as they hammer out details for the season, but a few players and player agents told me they believe the NHLPA would fight back against mandatory vaccinations. Even if most agree that vaccination is the best path forward, enforcing mandatory vaccinations infringes on players' individual rights and could be a slippery slope going forward.

The regular season will wrap up on May 8 and then the league will return to a 16-team, best-of-seven, four-round playoff format. Four teams from each division will qualify for the playoffs.

The first two rounds will be intradvisional play. Then, the four division winners will advance to the semifinals, reseeded based on their regular-season point totals (No. 1 would play No. 4, No. 2 would play No. 3). The two semifinal teams will play in the Stanley Cup Final -- and if you've been following along, that means it's not necessarily going to be an Eastern Conference team versus a Western Conference team competing for the Cup. Bring on the chaos!

The Stanley Cup should be awarded around mid-July.

Any other key dates to keep in mind?

Here are some other events to put into your calendar:


NHL commissioner Gary Bettman has repeatedly said his goal is to return to a normal October-to-June cadence for the 2021-22 season, which is especially important to the league since that's when it is welcoming Seattle into the fold, as well as beginning a new television rights deal in the U.S.

What are other changes we will see?

For the first time, NHL teams will be able to put advertisements on the sides of players' helmets. It will be a way for teams to recoup some revenue, and also make good to pre-existing or naming rights sponsors. According to league sources, the agreement is only for this season, and the league will sign off on the ad choices (knowing the NHL, don't expect to see anything too outlandish).

The prorated season also forced a few other tweaks. For example, typically if a rookie plays 10 games, that means his entry-level contract kicks in for that season. This season, that threshold for rookies will be seven games.

To help alleviate call-up issues, teams will be able to carry taxi squads of four to six players. Taxi squad players will receive their full AHL salaries, and therefore not count toward the team's $81.5 million salary cap. The taxi squad would practice with the regular 23-player roster, potentially travel with the varsity club (it's an option, not required) and have to follow the same COVID-19 protocols. 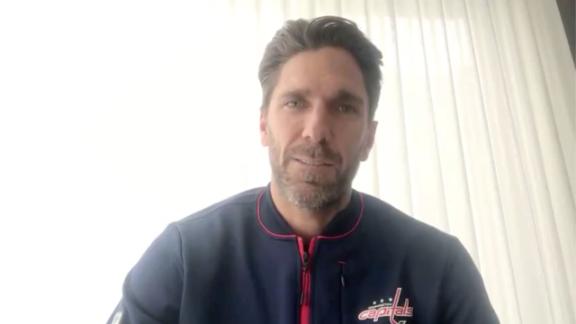