Nike, Under Armour, Adidas not interested in deal with Lonzo Ball 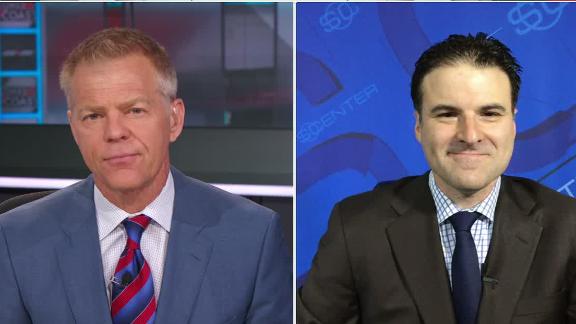 An endorsement deal with Nike, Under Armour or Adidas is not in the cards for Lonzo Ball.

Ball's father, LaVar, confirmed that the three shoe and apparel companies informed him they were not interested in completing a deal with his son. Sources with the three companies told ESPN.com that they indeed were moving on.

Never in the history of modern-day shoe endorsements have the big companies all stepped away from a potential top pick nearly two months before the NBA draft. But LaVar, who has been representing Lonzo in the deal, has offered something that has no precedent.

In his meetings with all three companies, LaVar insisted that they license his upstart Big Baller Brand from him, according to the companies. He also showed the companies a shoe prototype that he hoped would be Lonzo's first shoe.

"We've said from the beginning, we aren't looking for an endorsement deal," LaVar told ESPN. "We're looking for co-branding, a true partner. But they're not ready for that because they're not used to that model. But hey, the taxi industry wasn't ready for Uber, either."

The way LaVar sees it, Raveling's comment is indicative of what longtime businesspeople say when the way of doing things changes.

"Just imagine how rich Tiger [Woods], Kobe [Bryant], Serena [Williams], [Michael] Jordan and LeBron [James] would have been if they dared to do their own thing," LaVar said. "No one owned their own brand before they turned pro. We do, and I have three sons, so it's that much more valuable."

Lonzo declared for the draft after one season at UCLA. LaVar's other sons have also committed to UCLA, including LiAngelo, who arrives on campus this year, and LaMelo, who just finished his sophomore season in high school.

Ball would not disclose how big the Big Baller Brand has become -- the company sells hats and T-shirts ranging from $38 to $100 on its website -- but he said current sales numbers shouldn't have been on the mind of the shoe companies.

Now that the traditional shoe companies are out, Ball said he will reach out to the Chinese brands, which include Peak, Li-Ning and Anta, and he's not counting out taking on an entrepreneurial partner outside the business.

Ball said he did indeed have a prototype for Lonzo's first shoe.

"We're not going to sign with a company and then wait around for five or six years for a shoe like Paul George had to wait for with Nike," Ball said.