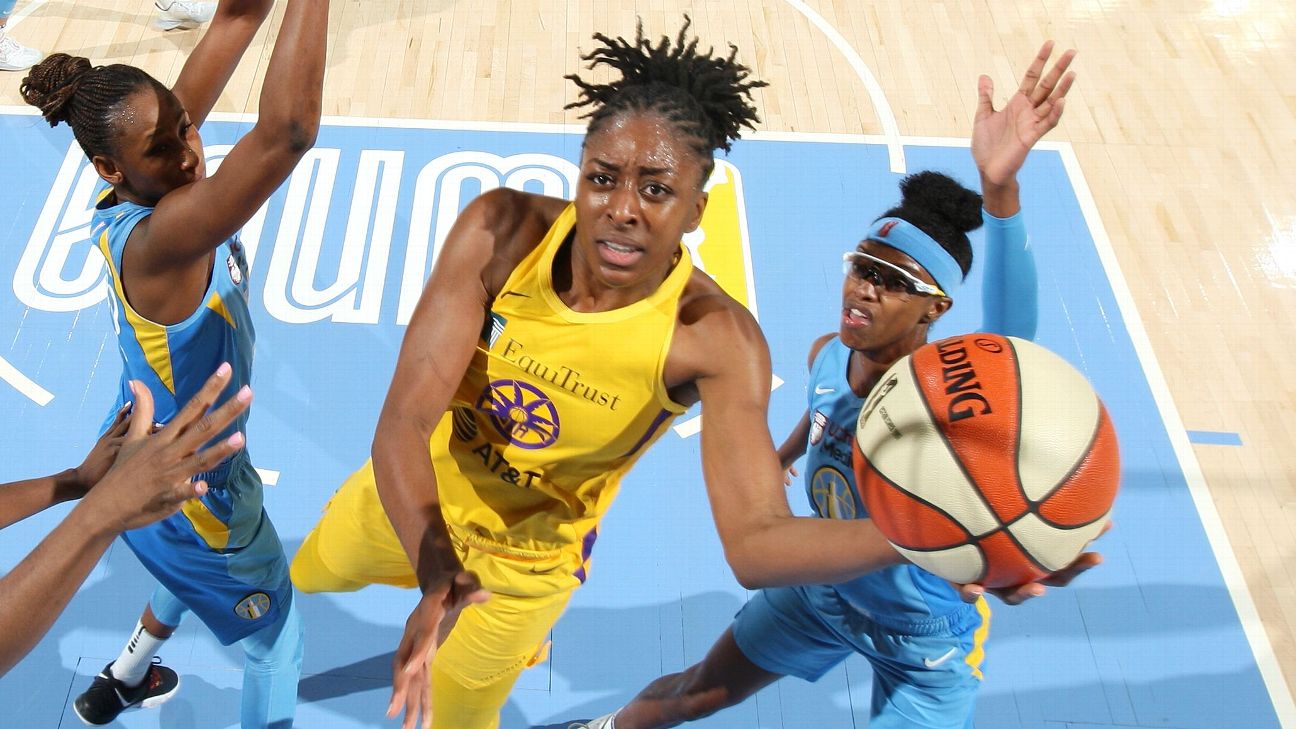 Forward Nneka Ogwumike is expected to be back in action for the Los Angeles Sparks as they face the Indiana Fever when the WNBA season resumes Sunday.

Ogwumike has not played for the Sparks since suffering a knee injury in a June 1 loss at Dallas, but she has been doing basketball workouts since early July, and then practiced with the Nigerian national team when it was doing Olympic preparation in Las Vegas.


She said Monday that she's returning to her normal self.

"Each day is incrementally better," Ogwumike said. "When you suffer an injury like this, you still are a little ginger at times, but I try to put it out of my mind. It's a mental thing."

Ogwumike also said she has been processing the emotions of being left off the U.S. Olympic team and then not getting an exemption to play for Team Nigeria in the Tokyo Olympics.

"It's been a lot about figuring out how I want to come out of this," she said of the disappointments. "When you endure situations that are tough in life, you can choose many different routes. I'm just grateful to be on a team with people who care about me.

"I've always been described as resilient, and I think I had to tell myself that a lot, to make sure that I believed it. Because it's been a few weeks of feeling unvaluable or unworthy."

Ogwumike briefly broke down in tears, then continued, "I'm sorry. I wasn't going to cry. It's been very difficult. I just want to play basketball. And have fun."


Ogwumike, the 2016 WNBA MVP, averaged 16.4 points and 7.0 rebounds for the five games she played this season. The Sparks are 6-13, but not out of contention for a playoff spot if they play well in the second half of the season.

Along with getting Ogwumike back, veteran guard Kristi Toliver (eye injury) is also expected to return Sunday; she last played June 24. Ogwumike's sister and fellow post player, Chiney Ogwumike, who last played May 28 due to a knee injury, is getting close to returning, although it's not certain when.

Getting both Ogwumikes back will be a big boost to the Sparks' interior game, which has been depleted by injuries and absences. Longtime Sparks star Candace Parker left in free agency in the off-season for Chicago. Then the Sparks' top draft pick this year, forward Jasmine Walker, suffered a season-ending knee injury on May 21. And Russian forward/center Maria Vadeeva, for whom the Sparks had been saving a roster spot hoping she would join them this season, is not going to play in the WNBA in 2021.

The Sparks did pick up forward Lauren Cox, the No. 3 pick in the 2020 draft, after she was waived by Indiana in late June. Coach Derek Fisher is pleased with Cox's progress so far and is eager to have back the players who are returning from injury.