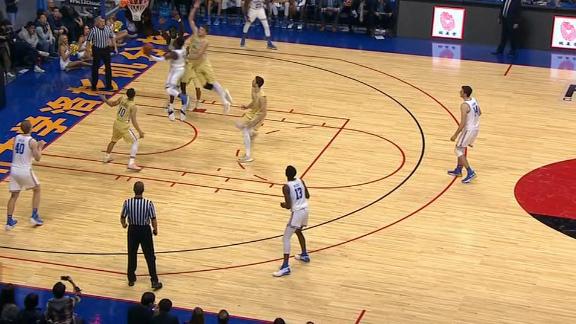 SHANGHAI -- Led by freshman Kris Wilkes with 18 points, No. 21 UCLA overcame the loss of three other freshmen who were held out to beat Georgia Tech 63-60 in the teams' season opener on Saturday in China.

Fellow freshman Jaylen Hands added 14 points, Aaron Holiday had 11 and Thomas Welsh had 10 for the Bruins, who used defense in the closing minutes to hold off the Yellow Jackets.

Ben Lammers scored 18 of his 24 points in the first half for Tech before the Bruins slowed him with double-teams in the second half.

UCLA played without freshmen LiAngelo Ball, Jalen Hill and Cody Riley, who have been identified by the Los Angeles Times and ESPN as having been arrested on shoplifting charges during the team's trip to China. The school has yet to confirm any details. Pac-12 Commissioner Larry Scott, who is on the trip, has only said "an incident" occurred in Hangzhou, where both teams visited earlier in the week before their arrival in Shanghai.

Hands made one of two free throws to keep UCLA ahead 63-60 before Alvarado missed a potential tying 3-pointer with 4 seconds to go, allowing the Bruins to survive.

Holiday had all seven of his assists in the first half. He was the team's sixth man last season, but started the opener.

The Bruins got sloppy in the second half and ended up with more turnovers (14) than assists (11) for the game.

Tech shot 34 percent in the game and had to work hard to get open shots.

Lammers went 8 for 8 from the floor and made both of his free throws in the first half to go with six rebounds before the Bruins cut off his catch-and-shoot game in the final 20 minutes, helped by 7-footer Welsh.

G.G. Goloman got a rare start for the Bruins with coach Steve Alford having a short bench. Wilkes and Hands started in their college debuts, alongside veterans Holiday and Welsh.

Things are murky for the Bruins while the situation in China plays out. The rest of the team is set to return to the U.S., but the status of the three players has not been confirmed.

The Yellow Jackets have problems of their own. Starters Tadric Jackson and Josh Okogie were suspended indefinitely after learning they accepted benefits in violation of NCAA rules. They didn't accompany the team to China and the length of the suspensions will be decided by the NCAA.

Georgia Tech is off until Nov. 19 when it hosts the Ramblin' Wreck Showcase.

UCLA hosts Central Arkansas in its home opener on Wednesday. 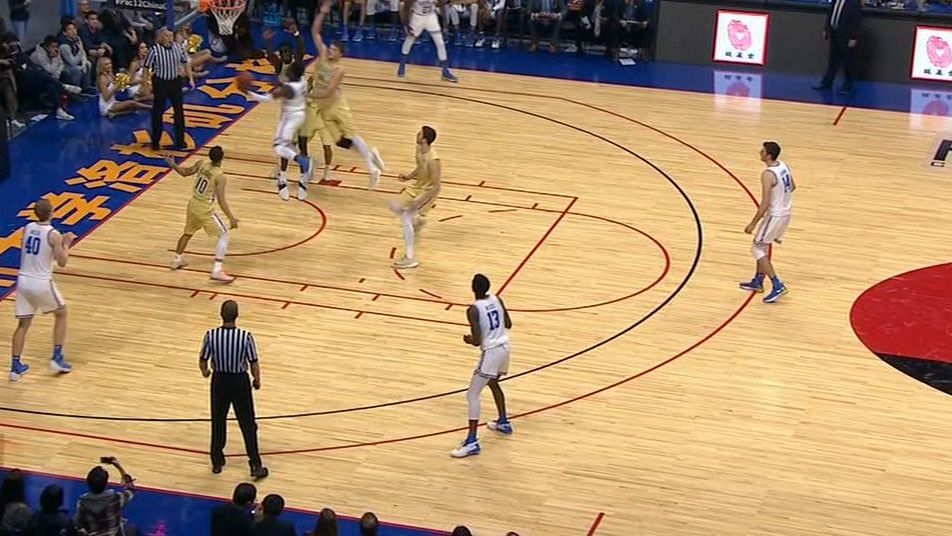