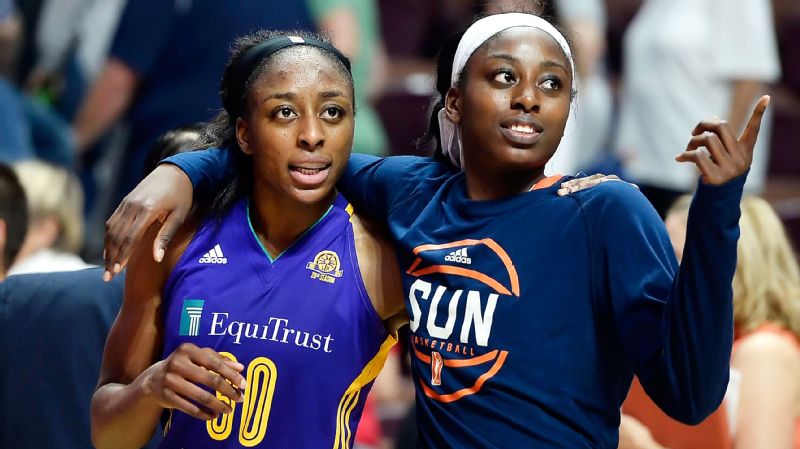 The Adidas basketball family just got a little bigger. The brand announced the signing of four WNBA stars on Friday, including reigning league MVP NnekaOgwumike and her sister Chiney.

Nneka, who is coming off a championship season with the Los Angeles Sparks, brings star power to a roster of Adidas athletes that already features teammate and 2016 WNBA Finals MVP Candace Parker. Chiney, who is slated to miss the 2017 season with the Connecticut Sun while recovering from Achilles surgery, brings star power of her own to the brand as the 2014 Rookie of the Year.

The Sparks' Chelsea Gray and Minnesota Lynx rookie Alexis Jones fill out the class of four.