The announcement happened following a meeting of the International Olympic Committee in Lima, Peru, where Los Angeles Olympic Delegation officials presented their final bid for the games.

The IOC put the rubber stamp on a pre-determined conclusion Wednesday, giving Paris the 2024 Games and LA the 2028 Games in a history-making vote.

The decision marks the first time the IOC has granted two Summer Olympics at once. It came after a year's worth of scrambling by IOC president Thomas Bach, who had only the two bidders left for the original prize, 2024, and couldn't bear to see either lose.

The IOC awarded Paris with the 2024 Games. It will also be that city's third Olympics.

The Paris Games will come on the 100th anniversary of its last turn - a milestone that would have made the French capital the sentimental favorite had only 2024 been up for grabs.

Los Angeles moved to 2028, and those Olympics will halt a stretch of 32 years without a Summer Games in the United States. In exchange for the compromise, LA will grab an extra $300 million or more that could help offset the uncertainties that lie ahead over an 11-year wait instead of seven.

Doing away with the dramatic flair that has accompanied these events in years past, there were no secret ballots and no dramatic reveals to close out the voting.

Bach simply asked for a show of hands, and when dozens shot up from the audience, and nobody raised their hand when he asked for objections, this was deemed a unanimous decision.


The Olympic cauldron at the Los Angeles Memorial Coliseum was lit overnight.

Also, dozens of Southern California landmarks were lit up with Olympic colors Tuesday night in anticipation of the official announcement.

It was quite the sight all over Los Angeles Tuesday night as dozens of landmarks and buildings lit up in LA 2028 colors. 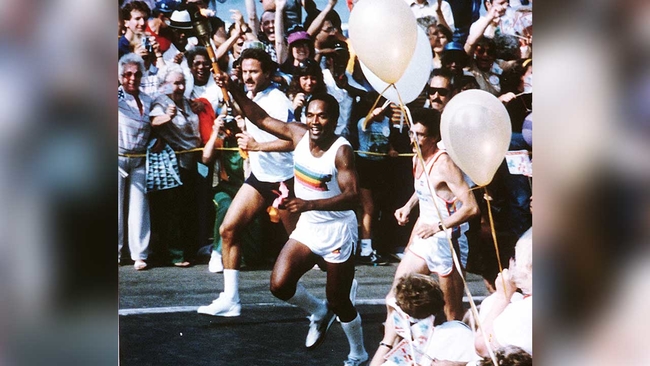 Look back at 1984 Summer Olympics in Los Angeles 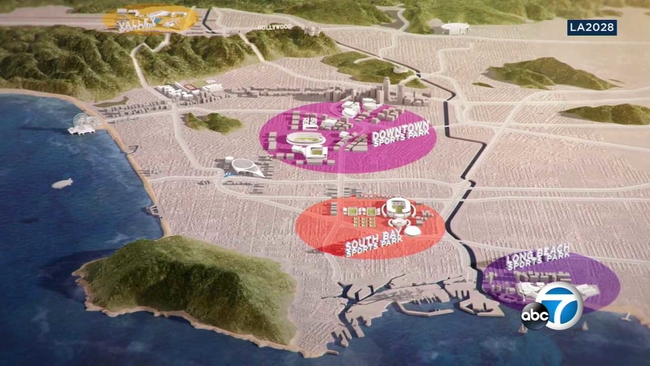 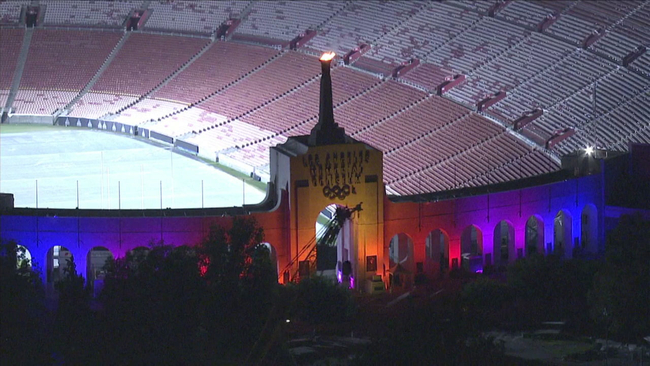 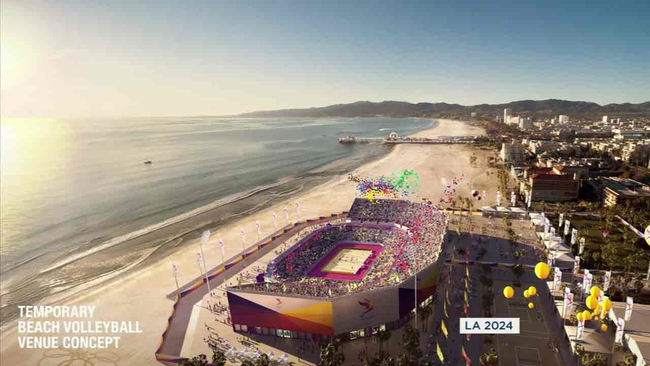