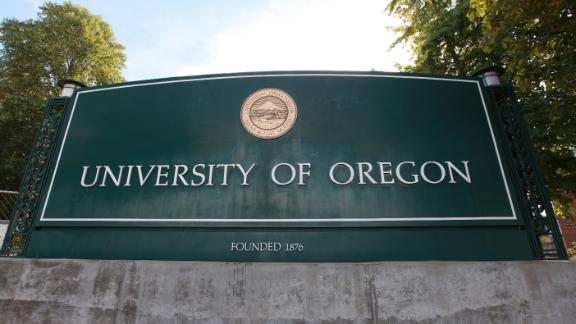 Three Oregon players involved in a sexual assault investigation have been dismissed from the program, the university president announced Friday.

Damyean Dotson, Dominic Artis and Brandon Austin -- who were all suspended last week after the release of a police report that linked them to a sexual assault investigation -- will not compete for the Ducks in the future, university president Michael Gottfredson said during a news conference.

"They will not be playing basketball at Oregon again," said Gottfredson, adding that coach Dana Altman's position has not been jeopardized by the recent developments.

Altman, who spoke at a separate news conference later Friday, said the dismissals were appropriate.

However, questions remain about the timing of the punitive measures that were taken against the players tied to the allegations. The three were suspended nearly two months after the university learned of the investigation.

The Lane County district attorney's office, which decided against prosecution because of a lack of evidence, issued this statement Tuesday: "While there is no doubt the incidents occurred, the conflicting statements and actions by the victim make this case unprovable as a criminal case."

On Friday, Gottfredson said he was aware of a police investigation involving the three players before the start of the NCAA tournament, a few days after the alleged incident occurred. Dotson and Artis both played in the tournament; Austin sat out last season after transferring from Providence. Altman said Friday that in retrospect he should have questioned Austin more closely about why he was leaving Providence.

Rob Mullens, Oregon's athletic director, said that although he and Altman were aware of the investigation before the tournament, at that time neither knew the identities of the players.

"Before the tourney, we were aware that an incident had occurred," Mullens said.

Both Mullens and Gottfredson said they were instructed by Eugene police to refrain from taking any action against the players until its investigation had been completed.

"We cooperated completely with law enforcement," Gottfredson said. "The Eugene Police Department requested we not do anything that might hinder their criminal investigation -- including suspending players or not playing them in a game. We complied fully with that request, and appropriately so."

Mullens also said he was unaware that Austin had been involved in a separate, open sexual assault investigation at Providence.

Altman said he talked to Providence coach Ed Cooley before Austin transferred to Oregon. Cooley never mentioned that Austin had been involved in a sexual assault case there, Altman said. He said he didn't know about the rape investigation at Austin's previous school until the criminal investigation began in March.

"Ed Cooley said that it was not a legal matter, it was a university matter," Altman said. "The fact that Providence tried to keep him gave us confidence it wasn't a serious matter."

Gottfredson said an external review of the university's sexual misconduct policy has begun and that the report will be available to the public once it's completed.