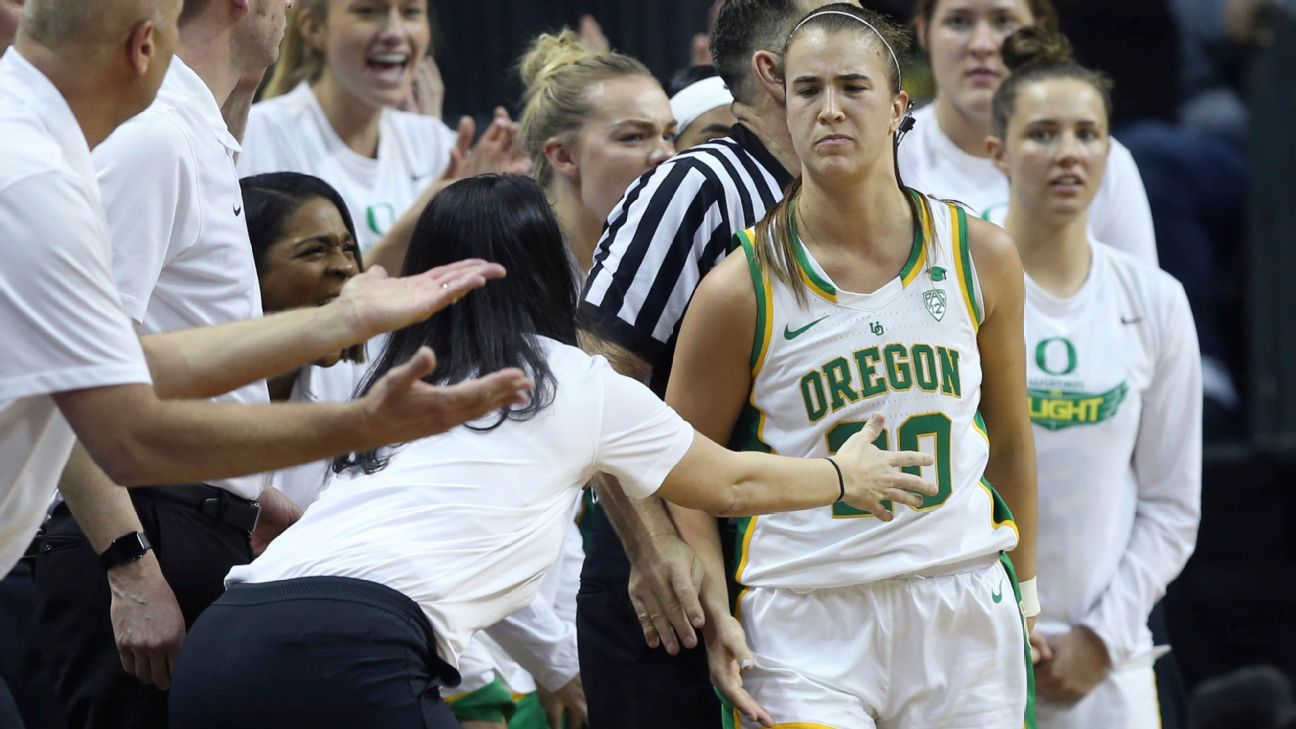 CORVALLIS, Ore. -- Fighting back tears that had nothing to do with the history she and her team had made minutes earlier, Oregon senior Sabrina Ionescu dedicated her season to Kobe Bryant on the day her friend and his daughter Gianna were among nine fatalities in a helicopter crash.

"Everything I do, I do it for him," Ionescu told ESPN during an on-court, television interview. "[He was a] really close friend. And this season's for him."

News of Bryant's death was confirmed only about an hour before Sunday's tip.

Ionescu did not otherwise speak to the media or make any statement after No. 4 Oregon's 66-57 win over No. 7 Oregon State, the Ducks' first win on the road against their rival since Ionescu arrived four seasons ago and transformed the team into a national power. But Ducks coach Kelly Graves summed up what was obvious watching Ionescu before and during the game.

"This was a tough day," Graves said. "As many of you know, Kobe was actually a close, personal friend with Sabrina. They struck up a friendship over the last couple of years -- with Kobe and his family. They're communicating several times a week. They're friends, and so I know it was really hard on her. To see her go out and her teammates battle for her and play the way -- with the kind of spirit and enthusiasm that Kobe Bryant always played the game -- was an incredible testament to a championship-character-filled team."

Bryant was no stranger to the Ducks. He and Gianna attended the team's game at USC last January, at which time he spoke to the Ducks in the locker room. He was also in attendance when Oregon played at Long Beach State last month. But it was Ionescu, in particular, with whom the former NBA player forged a bond.

Last spring, in conjunction with Oregon's appearance in the Final Four, Bryant dedicated an episode of his ESPN+ show Detail to deconstructing Ionescu's game. Ionescu referenced that analysis, and the motivation it provided, when announcing her decision to bypass last year's WNBA draft and return to Oregon for her senior season.

According to Graves, the two were in regular contact.

"It's like losing a family member [for Ionescu]," Graves said.

Ionescu did not participate in most of Oregon's on-court warm-ups Sunday, coming out to the court only minutes before the national anthem and a moment of silence for Bryant, his daughter and the seven others killed in the helicopter crash. Graves said that after learning of Bryant's death, Ionescu spent most of the hour before the game sequestered with her family, associate head coach Mark Campbell, teammate Minyon Moore and himself.

The coach indicated that sitting out was never discussed.

"You don't know Sabrina that well," Graves said when asked if Ionescu ever considered sitting out Sunday's game. "No, she wouldn't have done that. Maybe there was a moment she may have thought about it. But I think she would have thought Kobe wouldn't have. He would have played. Because he was maybe the best, most intense player we've ever seen."

Ionescu played all 40 minutes and led the Ducks with 19 points. 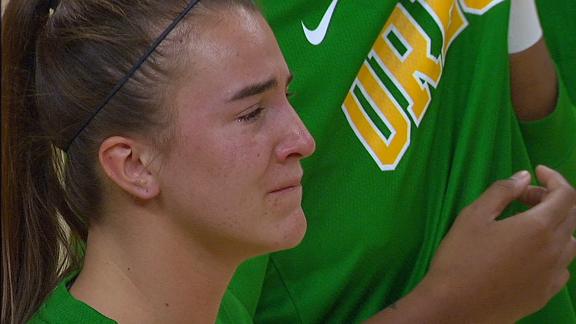