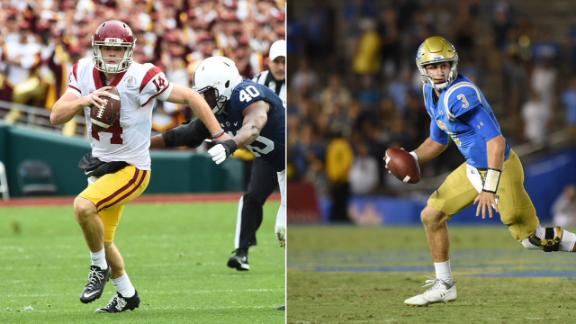 Josh Rosen and Sam Darnold were often compared to each other as the starting quarterbacks of Los Angeles' top two college programs; now they'll be in the same draft class as each has declared for the NFL draft.

Rosen,UCLA's signal-caller, made his announcement on Twitter, whileUSC's Darnold took to Instagram to inform the world of his decision.

In his Instagram video, Darnold thanked his family, friends and the USC coaching staff, especially head coach Clay Helton, for "trusting in a kid from San Clemente High School with such little game tape and for giving me the opportunity and chance to start at such an incredible university."

Finding game tape now on Darnold and Rosen won't be a problem for NFL evaluators.

Rosen threw for 3,754 yards, 26 touchdowns and 10 interceptions this season for a Bruins squad that finished a disappointing 6-7.

Darnold bested Rosen with 4,143 yards but threw just as many touchdown passes and three more interceptions for an 11-3 Trojans team that lost toOhio Statein the Goodyear Cotton Bowl Classic.

Rosen wasn't available for his team's Cactus Bowl loss to Kansas State, as he was recovering from a concussion sustained in the team's final regular-season game. It was the second concussion Rosen sustained during the season; he also missed the team's Nov. 3 loss to Utah.

"I wish we had won more games, but friendships were forged and memories were made that will last a lifetime," Rosen said in his statement posted on Twitter.

Darnold was ranked as the fifth-best draft prospect, one spot behind Rosen, by Kiper and was slotted as the No. 1 overall pick toClevelandin McShay's mock draft.

Sources told ESPN's Adam Schefter last week that Rosen would prefer not to be drafted by theCleveland Browns, who could look to take a quarterback with the No. 1 overall pick. 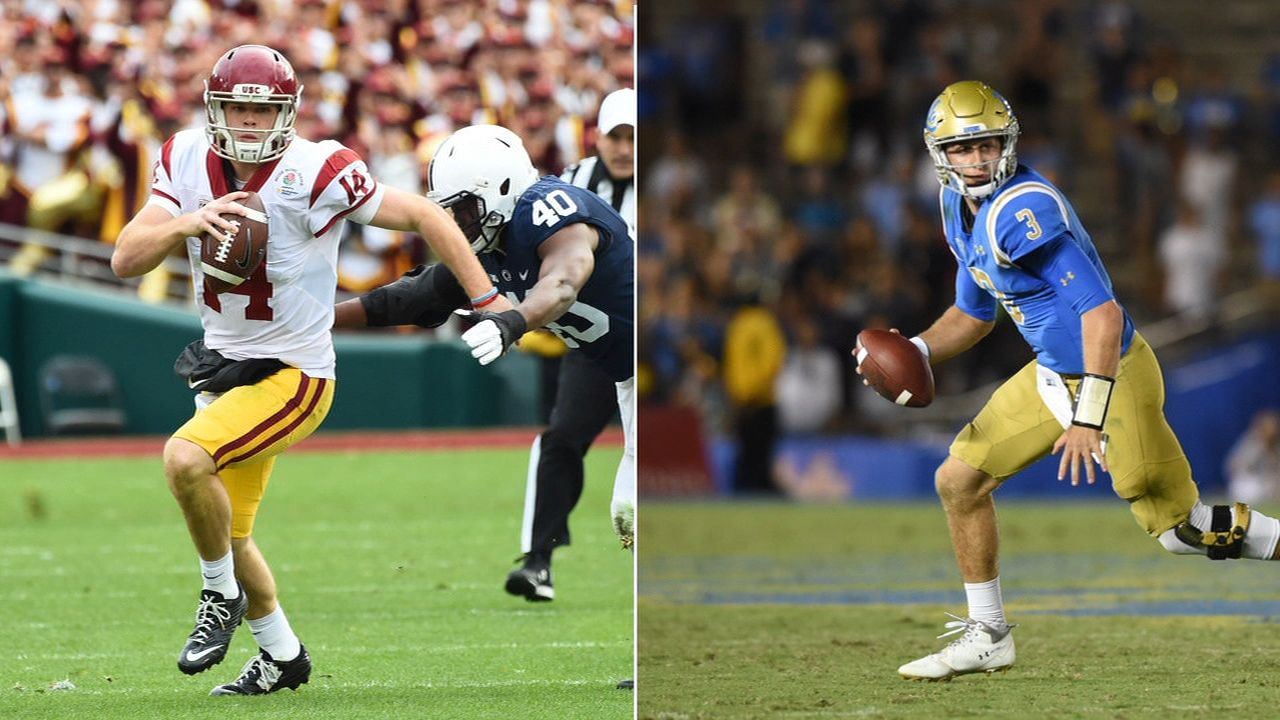 Darnold and Rosen's best games
With Sam Darnold and Josh Rosen both declaring for the NFL draft on the same day, we take a look back at each quarterback's strongest college performance. 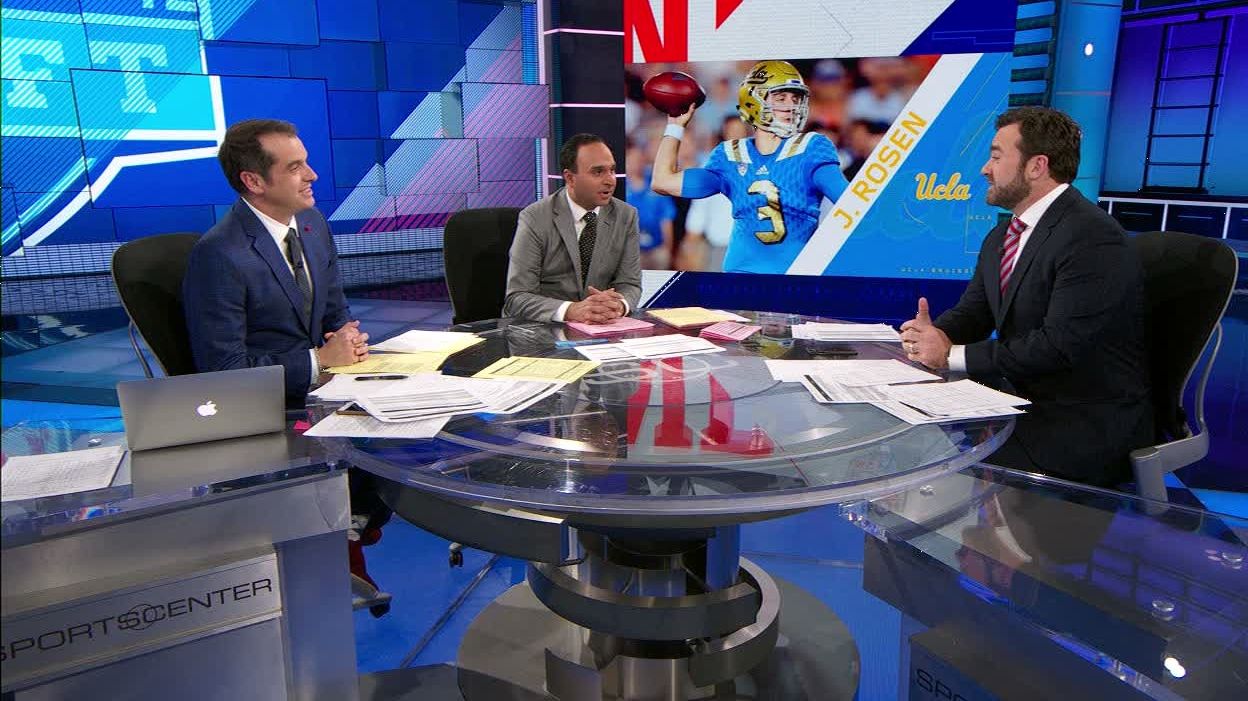