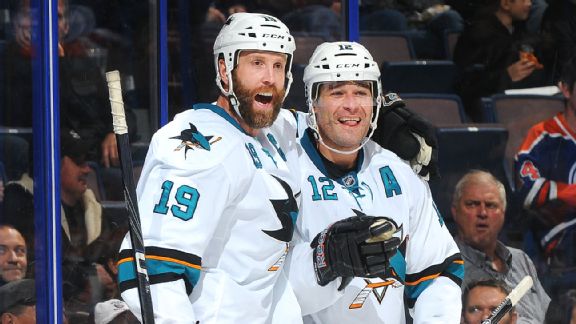 The Anaheim Ducks have won the Pacific Division five years in a row but did not reach the Stanley Cup Final during that span. The San Jose Sharks did, in 2016, and the Los Angeles Kings hoisted the Cup for the second time in three years in 2014. Of late, the Edmonton Oilers and Calgary Flames have rejuvenated the Battle of Alberta. (Free agents are unrestricted, unless otherwise noted as restricted free agents.)

Needs: The Ducks might look at depth defensemen while Sami Vatanen and Hampus Lindholm recover from shoulder surgeries. It remains unclear who Anaheim's No. 2 goalie will be. The Ducks are tight against the cap but could use a clutch performer to help them reach the next level. An extension for potential 2018 free-agent defenseman Cam Fowler should be Anaheim's top priority.

Needs: Stability and direction are what the wayward Coyotes need most. They will soon hire a new coaching staff. They brought in a fresh goalie tandem and a couple of high-pedigree veteran skaters. They will need some young players to step forward and cement their roles. The Coyotes have plenty of cap room but will probably not approach the cap ceiling if recent years offer any indication.

Needs: The Flames could look to add a veteran defenseman and took care of their need for a backup goalie with the acquisition ofEddie Lack from the Carolina Hurricanes. Their roster is well-rounded but not complete, so any other moves might be on a best-player-available basis.

Big moves so far: The Flames won the bidding war with regional rivals like theWinnipeg Jetsfor defenseman Travis Hamonic. They sent a first-rounder and a second-rounder to the Islanders for Hamonic, who will jump immediately into Calgary's top four.

Needs:Re-signing Draisaitl should be the Oilers' first order of business. Sportsnet in Canada reported that Edmonton andConnor McDavidhave agreed in principle on an eight-year extension worth more than $100 million that will kick in next season. Beyond that, the Oilers mostly need to shore up their third defensive pairing with a steady partner for Darnell Nurse. Acquiring a reliable No. 2 goalie would ensureCam Talbot doesn't end up playing 70-plus games again this season.

Needs: The Kings need to add speed throughout their lineup, and they are in desperate need of a scoring forward. It could be a winger to play alongside Anze Kopitar or a center who would allow them to move Jeff Carter from second-line pivot to first-line right winger. Los Angeles is reportedly pursuing centerJoe Thornton, who has played with rival San Jose since 2005. The hefty contracts of Marian Gaborik and Dustin Brown make such moves difficult but not impossible.

Big moves so far: The Kings bought out veteran defenseman Matt Greene and got a steal in the draft when they selected center Gabriel Vilardi 11th overall. They also re-signed wingers Tyler Toffoli and Tanner Pearson.

Needs: The Sharks must first decide what direction to go in with their two longest-tenured players, Thornton and Marleau. Both are former Sharks captains, and Marleau has been with San Jose since 1997. Replacing their production and leadership might be a challenge, but it has to happen sooner than later -- both players will be 38 by the start of next season.

Needs: To be polite, the Canucks need everything. They have their goaltender of the future in Thatcher Demko, a reliable center in Horvat and intriguing prospects. At the top level, the club has languished during the twilight of the Sedin twins' careers.