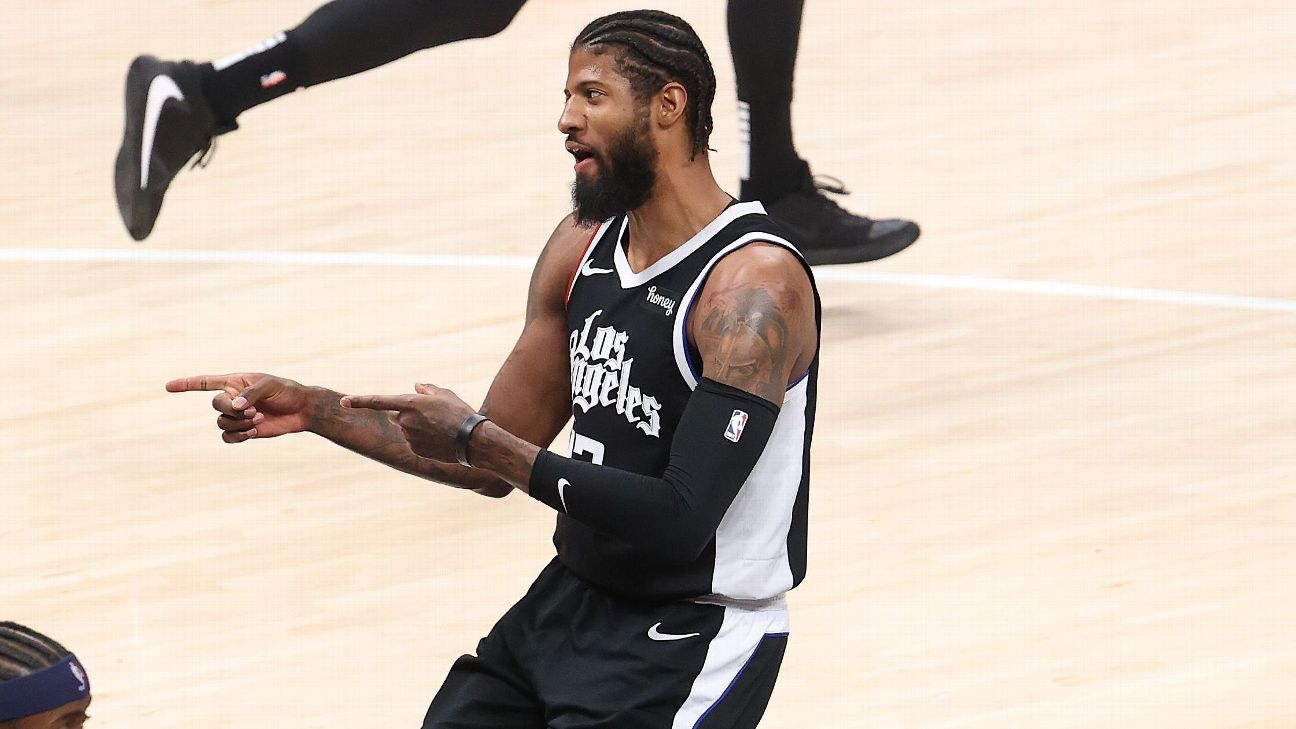 Paul George's throbbing toe was not only limiting his performance on the court recently, but the LA Clippers guard could feel it dragging him down mentally.

So the All-Star reset his outlook, and the result has been the best week-plus stretch of the season for him and the Clippers.


"The injury allowed me to kind of make an excuse for myself," George said Tuesday. "But then I put it in perspective ... if I'm gonna play, then don't let it limit me.

"I feel like I've had a breakthrough because of that mindset."

In his latest return to Indiana, George delivered 36 points, eight assists and seven rebounds to lead the Clippers to a 126-115 win over the Pacers on Tuesday.

The Clippers (38-18) won their sixth straight game despite not having Kawhi Leonard (sore right foot) for the past two contests. George has shouldered the load. This was the fourth straight game he had scored 30 or more points, tied for the second-longest such streak of his career.

"He's definitely in a groove," Clippers forward Marcus Morris Sr. said. "He's playing with a chip on his shoulder.

"He is making an emphasis of really taking over and being the best version of himself."

George came into this campaign inspired to make it a comeback season, after his shooting struggles last postseason ended with a 4 for 16 dud in Game 7 as the Clippers squandered a 3-1 series lead and lost to the Denver Nuggets in the second round. He opened this season playing like a man on a mission, before a toe injury sidelined him for seven games in early February.


He returned, but the injury flared up again. He could have to play with the injury for the remainder of the season. Before his current four-game tear, George had scored 30 or more points just once in the previous 15 games.

Now, George has regained the form. He was shooting a career-high 47.7% from the field and 43.8% from behind the arc entering Tuesday. The guard has not only learned how to manage and play with the toe issue, he is thriving again, having won Western Conference Player of the Week honors.

Last Tuesday, George scored 36 points against thePortland Trail Blazersand Damian Lillard, whom he traded words with after a game in the bubble last year. Then on Thursday, against the Phoenix Suns and Devin Booker -- another player whom George exchanged words with during a game earlier this season -- George dropped 33 points and registered seven rebounds. After sitting out a game against theHouston Rocketsfor rest, George remained red-hot with 32 points, nine assists and a huge one-handed poster dunk over theDetroit Pistons'Isaiah Stewart on Sunday.

George typically saves his best for his former team, averaging 25.9 points in seven career games against the Pacers -- his most against any opponent, according to research from ESPN Stats & Information. On Tuesday, he delivered vintage highlight plays, including a double-clutch, two-handed baseline dunk, stopping on a dime and hitting step-back jumpers, drilling four 3s and delivering two perfect alley-oop passes to Terance Mann that helped keep the Pacers at a distance in the fourth quarter.

George said he had "pop" back in his toe, and it is showing.

"It hasn't been flaring up, so that's been working," George said of his treatment plan. "And hopefully, at some point, it just goes away and it's an afterthought, nothing I'm worried about going forward." 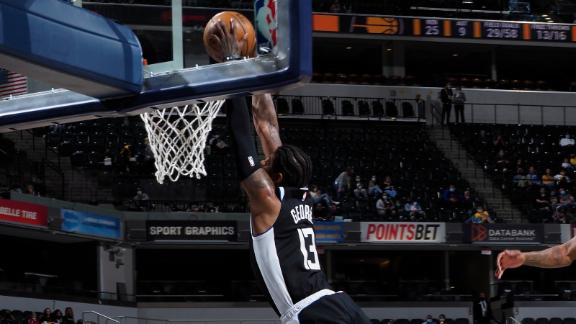