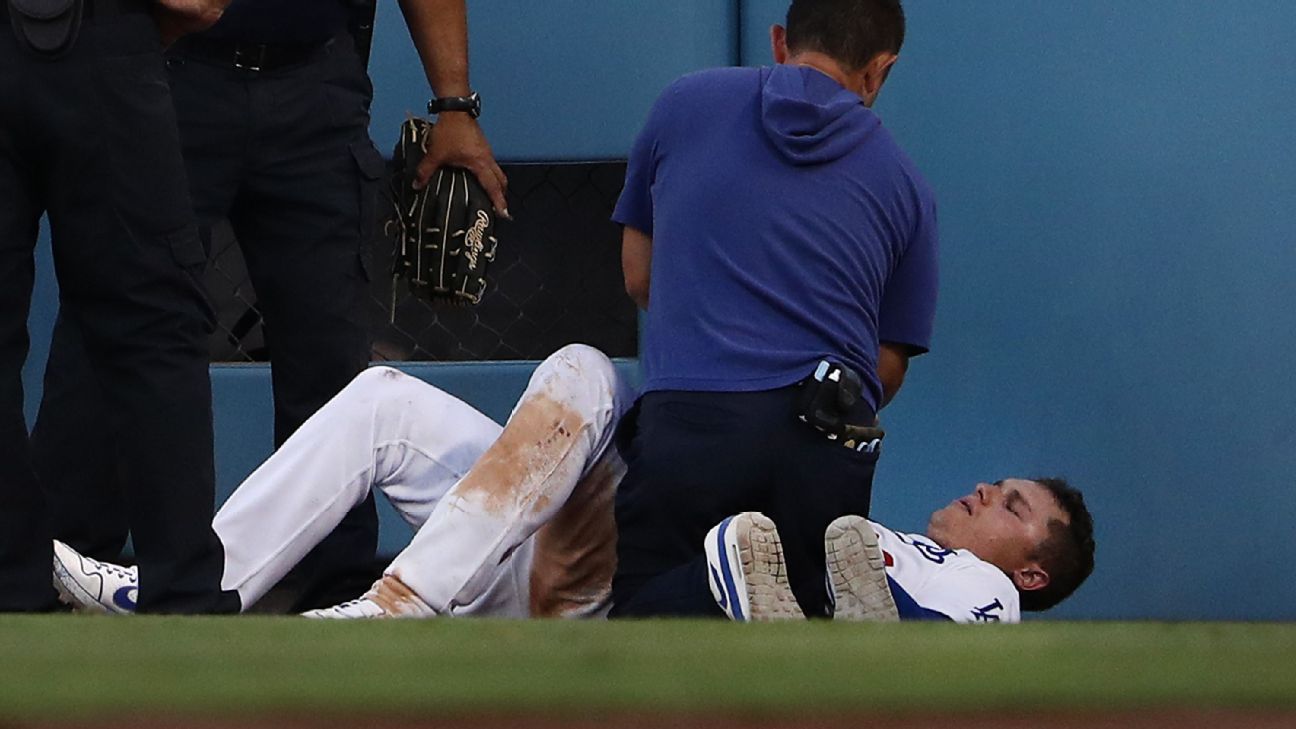 LOS ANGELES -- Joc Pederson collapsed to the ground and spent several minutes writhing in pain on the right-field warning track on Monday afternoon. Three nearby security guards hovered over him, biding the time until Dave Roberts and a member of the Los Angeles Dodgers' medical staff could make the jog over. Pederson eventually stood and walked gingerly off the field.

The prognosis wasn't nearly as bad as the incident looked. Pederson has an abdominal contusion that won't require him to miss much time, if any. After the game, a drawn-out, 16-9 victory over the Colorado Rockies, Pederson said he was "feeling a lot better."

"I got the wind knocked out of me and, like, a weird cramp in my obliques, rib-ish area, so they were a little concerned," Pederson said. "But so far, so good."

Pederson suffered the injury while reaching over the short fence to take away a home run from Charlie Blackmon in the top of the fifth. It prematurely ended what was turning into a dominant performance. Pederson homered to lead off the game, then hit a baseball off the top of the fence in the second inning and came back to blast a 416-foot, three-run homer in the third.

Pederson finished with five RBIs and became the third Dodgers player -- after Cody Bellinger and Max Muncy -- to reach 30 home runs this season. Roberts said he will probably sit Pederson on Tuesday and put him back in the lineup on Wednesday.

Pederson, who hit the go-ahead home run in Sunday's 11th inning, came within an inch or two of four home runs in a string of four plate appearances.

"I've been seeing the ball really well the last couple days," he said. "I like where I'm at, swinging at my own pitches and putting the barrel on it." 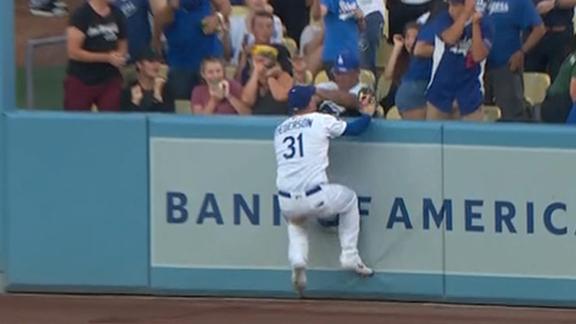